This week marks exactly five years since Katie Holmes filed for divorce from Tom Cruise. The terms of the divorce agreement have remained confidential since then, but multiple tabloids have reported Katie agreed not to date anyone publicly for a period of five years following their split. On Thursday, June 29, E! News spotted the actress, who just days ago was in New York filming "The Gift," in a parking garage at the Century City Mall. Less than a mile away at the same time, her rumored boyfriend of four years, Jamie Foxx was seen outside the Century City Hotel with luggage at his feet. The implication, of course, is that the pair plan to spend the weekend together, as they reportedly did in Paris last month. In April, sources told Us Weekly Katie is "tired of playing the hiding game," adding that she and Jamie plan to "go public" soon. Reps for Katie and Tom announced she'd filed for divorce on June 29, 2012.

Chance the Rapper will donate Grammy Award to Chicago Museum

Chicago didn't need another reason to love Chance the Rapper, but he gave his hometown one anyway last weekend. While being honored with the Trail Blazer Award at a gala at the DuSable African American History Museum in the Windy City, Chance announced he'll donate his Best Rap Album Grammy award to the collection. "I'm so excited to not just work hand in hand with the African American History Museum, but we want to build it up," he said, according to the Chicago Sun Times. "We want to make it a staple of African American history. And that's why I'm proud to announce that I'll be donating my Hip-Hop Album of the Year Award, the first one to a black independent artist, to the DuSable." As the crowd rose to cheer, he continued: "I don't need it! I don't need it! That's right! Stand up! Stand up! So y'all, I'm a Trail Blazer, I guess, according to this award. But so is everybody in this room, and I'm so glad to be working on this project with you guys. I can't wait to see what Chicago and the DuSable Museum of African American History does." Before leaving the stage, the rapper, philanthropist and public education advocate added: "Thank you Mom and Dad." he reportedly hugged his parents before leaving the building. Chance, who earned seven Grammy nominations for "Coloring Book" and won three Grammy awards including the first-ever award for a streaming-only album, donated $2.2 million to Chi-Town's public schools and has lobbied hard to get them more funding.

Has Ryan Seacrest signed on to 'Idol' yet? Not quite

Don't hold your breath for a confirmation on Ryan Seacrest's rumored return to "American Idol." Though it seems likely he'll sign on to host the reboot, sources tell the New York Post Ryan has yet to agree to a deal. "They're still ironing out the contractual details," says one insider. "I'm assuming it's money, but he is returning. He was such an important part of that show and has been the main constant forever." Another source thinks money alone isn't the problem, saying, "There's a multitude of issues still being discussed." The insider added that "Ryan, of course, has a great affection for the show. It's still an active negotiation. But nothing is going to be announced right now. Everyone's going away on vacation." According to TMZ, Ryan was earning as much as $15 million a season to host "Idol" when it was on FOX.

RELATED: The best diva moments from 'American Idol' through the years

What's it like dating Jennifer Lopez? MLB legend and current J.Lo BF Alex Rodriguez was more than happy to shed some light on the experience on "The Tonight Show" this week. "I gotta share something with everyone, because this is one of the most humbling experiences of my life," he said, according to the New York Post. "When I was with the Yankees, and we won the world championship, and you wear the pinstripes, you think you're pretty cool," said A-Rod, smiling. "But then, you hang out with Jennifer, and they confuse me with the security guard all the time." Case in point: the Met Gala. "I promise you," said Alex. "We were at the Met Ball, and the paparazzi were screaming at me, not even in English, 'Get the hell out of the way!'"

Lily Collins was praised for losing weight for 'To the Bone'

Gah. Lily Collins has been outspoken about her own battle with eating disorders, writing about the experience in her memoir and speaking candidly during interviews about her new Netflix movie, "To the Bone." Not everyone seems to get her message, though. "I was leaving my apartment one day and someone I've known for a long time, my mom's age, said to me, 'Oh, wow, look at you!'" Lily recalls in the new edition of The Edit (via Us Weekly). "I tried to explain [I lost weight for a role] and she goes, 'No! I want to know what you're doing, you look great!' I got into the car with my mom and said, 'That is why the problem exists.'" Both Lily and her mom admit it was difficult to watch Lily play a young woman starving herself, as Lily once had. Even looking at photo shoots from when she was at the weight her role required was tough for the actress. "I told my publicist that if I could snap my fingers and gain 10 pounds right that second," Lily told The Edit, "I would." "To the Bone" arrives on Netflix July 14.

Take that, bullies of the world. Celebs, athletes and other stars took time out of their schedules this week to send some love to a newly minted 9-year-old named Ollie, whose dad tweeted that he was dealing with a bully. "Strange request. Anyone know anyone famous/well known who could send Ollie a positive/9th birthday message," Ollie's dad asked (via Time). "The bully keeps saying to him that everything O has, he has bigger/better/more often. O excited for his birthday but keeps being told it won't be as good as his own. I would be so grateful and I appreciate it is an odd request. Just would love someone to tell him he does mean something & bullying is not [OK]." When the post went viral, Russell Crowe was among the first stars to let Ollie know he agrees cool kids don't bully. "Hey Ollie, heard it was your birthday," Russell tweeted. "9 years old eh? Congratulations, Happy Birthday !!" Other celebs who posted birthday wishes included Dionne Warwick, Wil Wheaton and Monica Lewinsky. Multiple gift offers came in, as well. Ollie's dad told Time he plans to show his son the messages on his birthday on July 5.

Gillian Anderson on 'The X-Files" all-male writing room: 'I believe we can do better'

Early excitement about "The X Files" was dampened initially when Gillian Anderson said she was first offered less half what her onscreen partner David Duchovny was offered for the show. (They eventually scored equal pay, according to reports.) Now, the actress speaking out about news that the show's creator has hired an all-male writing team for the show's eleventh season. On Thursday, June 28, Gillian retweeted a Washington Post tweet that read, "'The X-Files' writers room reportedly has hired only men. How does this still happen?" The star added her own brief comment, too: "And 2 out of 207 eps directed by women. I too look forward to the day when the numbers are different. #TheFutureisFemale." The next day, when ET posted a story about the gender imbalance, Gillian shared that one as well — but she clarified that she wasn't going after the show's producers with malice. "Not 'slam', not 'rip', just stating truth," she cautioned, referencing the language used in ET's article. "I believe we can do better. #TheXFiles," Gillian added.

"I know you're shining down on us from heaven." That's how Mariah Carey said "goodbye" to 29-year-old Martyn Hett at his funeral this week, one month after he and 21 other people were killed while leaving Ariana Grande's concert in Manchester on May 22. The singer sent a video message to the Martyn's family, who apparently asked some of his favorite stars — including the cast of the popular British series "Coronation Street" — to help memorialize him. Martyn's dad, Paul Hett, told mourners Martyn "was inspirational and this in turn inspired everyone around him," according to the New York Post. "In a very nice way, Martyn loved being in the limelight and the center of attention," Paul said. "He would be loving every minute of this fantastic celebration of his life."

There was no "Flip or Flopping" when it came time for Tarek el Moussa to move into what he recently told E! News he's dubbed his "bachelor dad pad." According to TMZ, the HGTV star is forking over $15,000 a month for his new four-bedroom, two bath house on the water in Newport Beach. Situated on the Balboa Peninsula, the airy white home features a roof deck, massive granite kitchen counters and plenty of room for the kids he shares with his ex, Christina el Moussa, to play. He's reportedly signed on to rent the place through June 2018, when he hopes to buy something in the same neighborhood.

Conrad Hilton's court appearance on Thursday, June 29, went much better than his last one, when his shouting and other odd behavior led to the judge to postpone the hearing. The younger brother of Paris Hilton, Conrad is facing charges he violated the restraining order his ex-girlfriend Hunter Salomon has on him, stole her father's car and disobeyed an order to stay away from two residences, according to E! News. After Conrad's previous behavior in court, a judge ordered him to get help at a psychiatric clinic which he was not to leave until this week's court date. This time, he showed up in court early with his lawyer, Robert Shapiro, wearing a suit. He reportedly stayed calm during the hearing as he pled not guilty to the charges. "He successfully completed his treatment," Conrad's lawyer told E! News. "He was properly diagnosed and had been given medication that has been very, very effective. He's doing good." 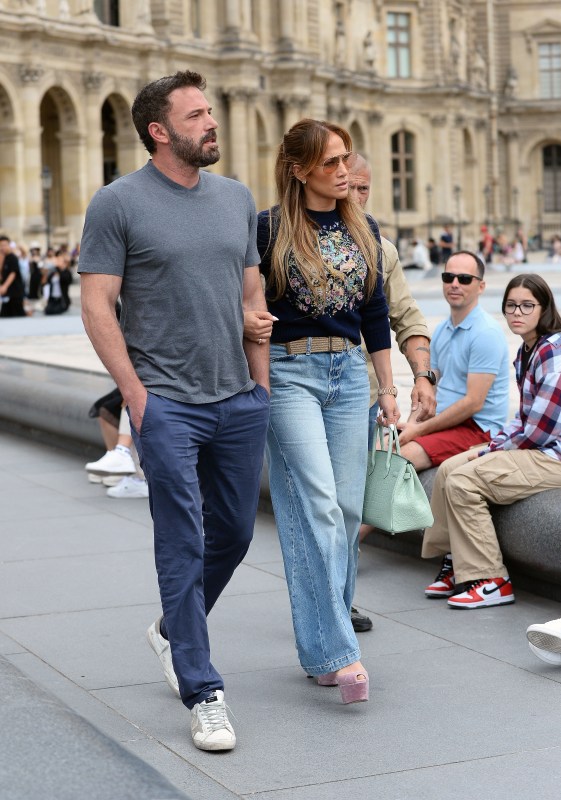