Is A$AP Rocky out of the picture? Kendall Jenner reportedly spent most of the weekend with new Clippers forward Blake Griffin at her side. According to the New York Post, the pair stepped out for some fun with Kendall's friend Hailey Baldwin at Gurney's Montauk and Surf Lodge in New York on Friday and Saturday. On Sunday, photographers caught the two in Los Angeles, leaving dinner at Craig's. "It looks like the beginning of a new romance," a club-goer who spotted the rumored couple in Montauk told the New York Post. Another source clarified that while they "weren't all over each other … they were inseparable."

Mila Kunis took a break from shooting "The Spy Who Dumped Me" in Budapest, Hungary on Thursday, Aug. 10, and headed out to see some music at the Sziget Festival with her husband Ashton Kutcher. The couple, who are currently renting a house nearby for the whole fam, was spotted sitting on stage scaffolding next to Justin Theroux during Wiz Khalifa's set, according to Us Weekly. The Wiz hang wasn't the first time Ashton got some music into his summer, either — in June, he shared a photo opp with Metallica in Iowa, where Ashton was raised.

On the heels of new flooding in Louisiana, Britney Spears is stepping up to help schools affected by the floods that hit the region last summer. The Advocate reports $1 of all future tickets sold for the Britney Spears: Piece of Me residency at Planet Hollywood in Las Vegas will go to public schools in the singer's hometown state. "I am so proud to be able to give back to my home state and help the Louisiana School Boards Association," Brit said in a press release. "I can't wait to see all my amazing fans when I return to Vegas for my last run of shows this year!" The fundraising efforts came out of a partnership with the Louisiana School Boards Association, according to the Advocate.

Bruno Mars is ready to give back, too. On Saturday, Aug. 12, the singer told the audience at a concert in Auburn Hills, Michigan, that he and his tour promoter Live Nation plan to donate $1 million to The Community Foundation of Greater Flint to help residents there deal with the lead water crisis that made headlines in 2014. In a statement released to the New York Post, Bruno reminded fans their neighbors still need help getting access to clean water. "I'm very thankful to the Michigan audience for joining me in supporting this cause," he said. "Ongoing challenges remain years later for Flint residents, and it's important that we don't forget our brothers and sisters affected by this disaster."

The world's favorite party crasher, ticket-taker, kickball player, guest bartender and, um, oh yeah, actor, stopped by his son's restaurant in Brooklyn, New York, last week, to entertain diners at 21 Greenpoint. "I walk up and there's a group of older people with a guitar sitting at the outside table, harmonizing on Beatles songs," a confused passer-by told the New York Post. "Then I realize it's Bill Murray, wearing some sort of a fishing vest, and his friends. He's wandering around, refilling everyone's wine glasses while singing." Of course he was.

Happy birthday, Zuma Rossdale! Sorry, make that Harry Potter. Over the weekend, gwen Stefani put together a boy wizard-themed early birthday party for her soon-to-be 9-year-old son. According to E! News, the bash featured a water slide out back for kids to splash on. Inside, Harry Potter, Severus Snape and Draco Malfoy appeared courtesy of life-size cutouts. Each of the Hogwarts houses were represented too, via flags. A three-tiered cake boasted a Hogwarts symbol as well. Zuma, whose dad is Gavin Rossdale, turns 9 on Aug. 21.

"We'll stand when you do…" That's how Jesse Williams captioned a video from the BIG3 basketball game he attended in Charlottesville, Va., on Sunday, Aug. 13, one day after white supremacists rallied to "unite the right" in a protest that turned deadly, killing 32-year-old counter-protester Heather Heyer. The video showed the actor refusing to stand during the pre-game national anthem, while most assume the caption was a dig at Donald Trump, who initially balked at the hate "on many sides" being displayed in Virginia, a move critics worldwide called tone-deaf to the situation. Later, when Breitbart called him "ungrateful for the bounties given to him by this country," he retweeted the post — with the caption, "always an honor to be attacked my those who have none."

Since he came out as bisexual, Aaron Carter's had support from dozens of celebs. His brother Nick Carter, however, has not contacted the singer. Asked if Nick had reached out yet, Aaron told TMZ over the weekend, "No, he hasn't," though he added everything is "wonderful" between the two. The reporter promptly changed the subject to dating. "If I could ask one male celebrity out on a date it would be Tom Hardy," Aaron said in response to TMZ's question. When he remembered Tom's "not available," he moved on to another singer. "I guess I would have to say, is Adam Lambert taken? Well, he's beautiful and he had something really nice to say about me and I've always loved his music," Aaron said.

Phew. Following THR's report Willie Nelson was having trouble breathing and headed to the hospital after cutting short his show at the USANA Amphitheatre in Salt Lake City, Utah, the music icon is back in action. "This is Willie I am sorry to have to cut the SLC show short tonight The altitude got to me," Willie tweeted on Sunday, Aug. 13. "I am feeling better now & headed for lower ground," he added.

Mel B is reportedly dating a cop

Mel B has officially moved on from Stephen Belafonte. TMZ is reporting the singer is dating an officer on the Beverly Hills police force — an ironic choice, given that her son's dad is Eddie Murphy, who starred in the "Beverly Hills Cop" franchise. Sources tell the website Mel's new romance has been "low-key" so far, although he has joined her for tapings of "American Idol." The singer has accused Stephen of physically and emotionally abusing her. She filed for divorce earlier this year. 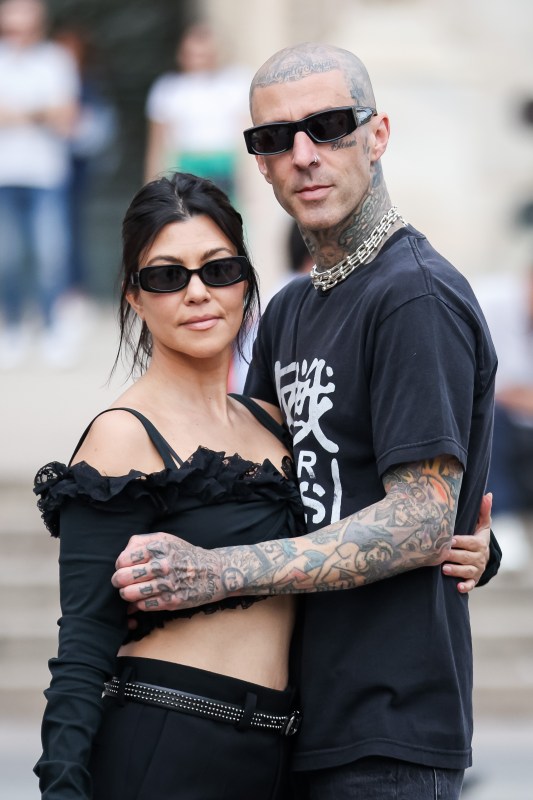