Kristin Cavallari shared new insights on her 2020 split from NFL quarterback Jay Cutler this week, admitting on the "Call Her Daddy" podcast that she saw "red flags" long before she and Jay called it quits. "Basically I called off the engagement [for] the same reason I got a divorce, and so I guess if there's any takeaway from that is you can't ignore red flags. People don't change, and you've got to trust your gut," the "Laguna Beach" alum said on the Wednesday, Aug. 3, edition of the show. The pair announced their separation in 2020 after 10 years together. Looking back now, Kristin says there was no precipitating event, "it was just time," though she'd waited to make a change for some time. "It was toxic. I think period, end of story. That's all I kind of need to say," she said. "Because I have three kids with him, I'm very careful about what I say," she added. Despite the rough ending, Kristin said she learned good lessons from the marriage and divorce. "I think with any relationship you just have to realize what are deal-breakers for you, what's important to you and what's not," she said. "I was really unhappy and that was the bottom line, and I was in an unhealthy relationship. And so that to me is not worth it. Also, I didn't want my kids thinking that that was normal. I wanted them to see me happy and see me eventually — not right now — but eventually, see me with someone who really respects me and treats me the way I need to be treated." Looking ahead, she wants Jay to be content, as well. "I hope that he finds someone, I really do," she said. "I mean, I want him happy. My kids benefit from that, you know. So I hope that he gets remarried. I mean, I really do." Kristin and Jay share kids Camden, 9, Jaxon, 8, and Saylor, 6.

Beyoncé kicked off her week with some housekeeping in response to backlash over two songs on her brand new album, "Renaissance." As of Wednesday, Aug. 3, the song "Energy" no longer features a snippet from Kelis' 2003 hit "Milkshake," while the track "Heated" has been edited to replace words that have been used as slurs against disabled people. "Sp***in'" is now "blastin'" in the song, according to The Verge. Kelis appears to have been tipped off by fans that Bey incorporated part of "Milkshake" into her new studio album, crediting the tune's producers but not Kelis. "I heard about this the same way everyone else did," Kelis said on Instagram. She also accused Bey of "theft" and claimed none of the parties involved let her know about the snippet in advance. Beyoncé's editing duties might not be done yet, either. Following social media chatter about the other changes, Monica Lewinsky tweeted on Monday, "uhmm, while we're at it… #Partition," suggesting Bey should consider nixing a line about a guy having "Monica Lewinsky'd all on my gown" from the singer's 2013 eponymous album.

Long before Miles Teller ended up with jet fuel in his bloodstream while shooting flight scenes for "Top Gun: Maverick," Kevin Bacon ended up covered in something arguably grosser while filming the 1995 flick "Apollo 13." "I did get thrown up on," the "Footloose" star recently told Entertainment Weekly while reflecting on the classic Ron Howard film. It seems Kevin and his co-stars, Tom Hanks, and Bill Paxton, along with crew members, simulated zero gravity for the film during multiple flights on what they called the "Vomit Comet," NASA's KC-135. Kevin said he was given — and happily took — the anti-nausea medication he was given, but not everyone did the same. "One of the cameramen threw up on me," he recalled before going into unsolicited detail. "What's interesting about being thrown up on when it's zero-G is that it hovers there for a while. It's floating, and there's nothing you can really do, except go, 'Here it comes,' and when they hit the G forces, it's coming down on you," he said. Kevin also noted lunches on set tended to be of the Mexican food variety. "… Burritos and chili con carne, and all this really spicy food," he recalled. "And I was like, 'Can we just calm down on the lunch thing?' I was afraid I was going to be wearing it that afternoon."

RELATED: See what George Michael and more stars of the '80s looked like at the beginning of their careers

Elisabeth Hasselbeck returned as a guest host to her former full-time home alongside the ladies of "The View" on Wednesday, Aug. 3, just one day before ABC was scheduled to reveal a new permanent host for the show. The conservative pundit spent much of her airtime criticizing women who get abortions and abortion activists, according to The Wrap, which reports the star's reasoning revolved around her belief that God opposes abortion. "I think oftentimes we get caught in the 'right' legislatively. Like, we're getting caught in the law," she said at one point. "Just because something is a right, doesn't make it right." She also argued women should carry unborn babies to term and then put them up for adoption if necessary. Joy Behar responded by telling Elisabeth that more than 100,000 parentless kids currently need adoptive homes in the U.S., while Sara Haines pointed to the long history of problems affecting the foster and adoption systems. While fans of Elisabeth's have pushed for her to be reinstated as a full-time host in recent days, viewers also took to Twitter en masse Wednesday in protest of her guest host appearance. "Why torture your viewers with Hasselbeck? I couldn't stand her then – can't stand her now," wrote one user, referencing the star's original long run on the show. "She continues to be an annoying, righteous, fake, self serving … We expect better," the viewer added. Elisabeth's rep, meanwhile, told the New Yorki Post this week that "nothing is off the table" for Elisabeth as far as retuning to the show, full-time.

What a romantic! Harry Styles recently played Cupid for a pair of fans in Lisbon, Portugal by helping a fan in the crowd stage a proposal to be remembered. According to Entertainment Tonight, the singer scanned the audience before locating the couple. When he did, he presented his mix to the man, who then launched into a crowd-assisted rendition of Elvis Presley's "Can't Help Falling in Love." It wasn't long before the man's would-be fiancee put a hand on the mic too and helped sing the song right back to her guy. That's when he got on one knee, produced a ring and asked, "Will you marry me?" as the crowd roared. Not surprisingly, she said — or rather yelled — "yes" before Harry congratulated them and resumed the concert.

A deal has finally been reached in Prince's multi-million dollar estate battle, more than years after the music legend's death. When Prince, 57, died of a fentanyl overdose in 2016, he had no will tied to his $156 million estate. Since he was unmarried and without children, the estate was navigated in probate court, which named the artist's six half-siblings as heirs. Three of the siblings sold their shares to music publishing company Primary Wave, giving the brand about 50 percent of the estate. On Friday, July 29, after years of less-than-rosy legal interactions and disputes, a Minnesota judge signed off on paperwork that detailed how the remainder of the estate will be disbursed, Billboard reported this week. Essentially, Prince's cash and holding companies were split evenly between LLCs representing the remaining heirs, including Primary Wave, which said in a statement that its goal in acquiring 50 percent ownership of the estate "was to protect and grow Prince's incomparable legacy. Financial advisor L. Londell McMillan, who works with the siblings, told Billboard he and his team have plans for Prince's "amazing assets and catalog," including his "his music, film content, exhibits, merchandise, Paisley Park events, branded products and more."

Kanye West took another swipe at Adidas this week after the sneaker brand — his longtime show collaborator — launched its annual Yeezy Day on Tuesday, Aug. 2, featuring special sales, slashed prices and more. According to the Yeezy designer, however, he never gave the event or any of the perks the brand offered on his shoes a green-light. "Adidas made up the Yeezy Day idea without my approval," the rapper told Complex in an Instagram direct message. He went on to accuse Adidas of reissuing sneaker styles, launching new "colorways" and hiring new Yeezy staff without his OK. Kanye also called out the brand for allegedly holding up production of his other product deals with Balenciaga and Gap, and again accused Adidas of "copying" his designs and "making their own version of the Yeezy Slides." Adidas declined to comment on Kanye's claims when contacted by the brand. 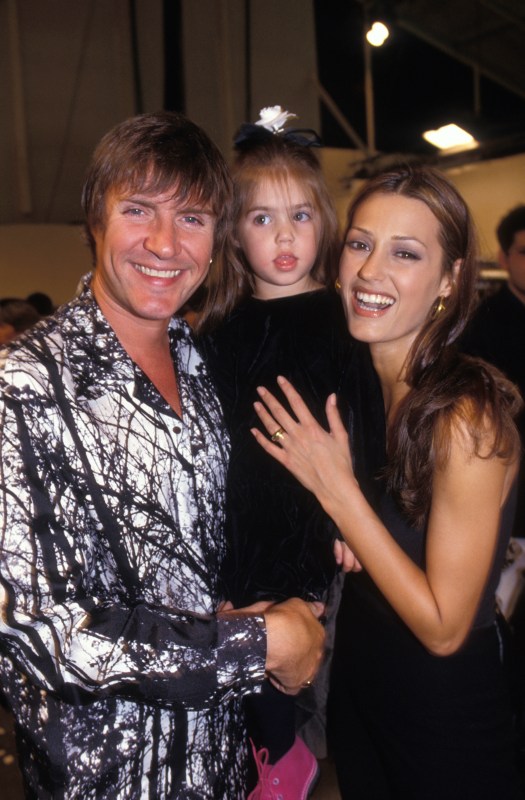