Once again, Khloe Kardashian and her ex, Tristan Thompson, were spotted giving off major couple vibes in spite of what seems like an endless stream of denials that they're anything but happily co-parenting their daughter True together. TMZ noticed the pair in a video posted by Tristan's former teammate Jordan Clarkson from a friend's birthday party Tristan reportedly hosted in Los Angeles. In the clip, Tristan loops an arm around Khloe's waist as they cuddle in close while holding up their phones. True does not appear to have attended the party with her mom and dad. According to multiple outlets, Tristan and Khloe continue to spend time with True on a daily basis and have been spending more time together because of the pandemic. "Khloe and Tristan have been isolating together and have really enjoyed their time with daughter True," a source told ET last month. "This alone time has really allowed them to reconnect without outside influences." Khloe, meanwhile, has been pretty clear she's not rekindling the romance with her ex. Back in March, she shut down commenters who'd taken a note she posted to True about "how much your daddy and I love you" to mean the pair had reconciled. "It means her parents love her beyond measure," Khloe clarified.

On the heels of her critically acclaimed performance in the #MeToo-inspired take on "The Invisible Man," Elisabeth Moss is back on streaming services in "Shirley," playing a fictional version of "The Haunting of Hill House" author Shirley Jackson. Meanwhile, the show that kickstarted Elisabeth's career has been taken down from Netflix, a change that's sparked chatter among "Mad Men" fans about the possibility of a Zoom reunion, as the cast of "Parks and Rec" and a slew of other cult favorites have done during the pandemic. Asked if the "Mad Men" cast has considered a streamed get-together, Elisabeth confirmed nothing — but teased just enough in a recent Q&A with ET. "Oh, I don't know. Maybe we have!" she said, laughing. "Maybe we have had some discussions about this," she continued. "I don't think I am in a position to officially share anything. But, yes, we are aware that people are doing reunions and we've never done one, which is so crazy. We really all haven't been together in five years. So I'll just leave you with that."

RELATED: Our favorite shows set in the '60s

'This Is Us' cast remembers writer Jas Waters, 39, amid news of her death

The cast and crew of "This Is Us" is mourning the loss of longtime show writer Jas Waters, 39. Her death was confirmed on Wednesday by social media accounts for the show, which called her "a brilliant storyteller and a force of nature." Cast members are sharing their shock and remembrances online, as well, according to ET. "Sending love and light to @JasFly's family and loved ones," Mandy Moore posted. Susan Kelechi Watson wrote that she was, "Incredibly shocked and saddened to have just received this news, adding, "Blessed Light, fly with the angels. @JasFly #jaswaters." Chrissy Metz shared her thoughts, as well. "We were graced with @JasFly on the show as a fantastic writer but to know her and her beautiful spirit was to love her," she posted. "I am praying for your beautiful transition, Jas. May it be full of love, light and peace. Thank you for the time we shared, your fearlessness and inspiration." Jas also wrote on "Jim Carrey's Kidding," "Hood Adjacent with James Davis," and "What Men Want." Her death has been ruled a suicide.

RELATED: Celebrities we lost too soon

As protests against the deaths of George Floyd, Breonna Taylor, Ahmaud Arbery and others continue around the world, Jordan Peele and his production company are donating $1 million donation to organizations they've deemed "essential to the health and lives of black people," according to Peele's Twitter. The donation will be divided between Black Emotional and Mental Health Collective, Black Lives Matter, Equal Justice Initiative, Fair Fight and Transgender Gender-Variant & Intersex Justice Project, the writer and producer said in his announcement on Wednesday. "We are committed to continued action against a system rooted in the violence against and oppression of the Black community," Peele and Monkeypaw added in their post. Monkeypaw was the company behind Peele's successful horror-meets-social commentary films, "Get Out" and "Us."

"A" for effort? A new PSA from the NAACP features white celebrities vowing to "take responsibility for the ways they've perpetuated racism," and Twitter is collectively cringing over it. Julianne Moore tweeted out the video, telling followers, "Today, #ITakeResponsibility for my role in eradicating racism in America. Unless white America acknowledges its privilege, systemic racism will persist. Act Now," before asking, "What will you commit to?" But as users watched the likes of Kristen Bell, Kesha, Aaron Paul, Sarah Paulson and others in the two-minute clip, many found the whole thing felt a bit self-serving. "#ITakeResponsibility? Are they acting in this PSA?" asked@JaminKCreates (via USAToday), possibly referring to Stanley Tucci, who appeared to have been reading lines from a script. "Did black people ask for this? Can someone help me understand?" Others balked at the seeming emptiness of the videos. "Talking earnestly for 30 seconds on a cellphone video is not taking responsibility," tweeted @mousterpiece. "Donating your money, marching in protests, signing and signal-boosting petitions…that is how you take responsibility." Still other Twitter users compared the video to the poorly received "Imagine" video featuring Gal Gadot from earlier on in the pandemic. Daily Beast Senior Editor Marlow Stern dubbed the PSA, "Ending Racism: The Musical." According to Page Six, the tweet has 8,000 likes and counting.

Anderson Cooper on co-parenting with his ex: 'I knew what it was like growing up without a dad'

New dad Anderson Cooper split from Benjamin Maisani in 2017 after more than 10 years together. Now, Benjamin's back in the CNN anchor's life in a big way — as the co-parent of his new son, Wyatt. "Even though it's maybe unconventional because he's my ex, he is my family," Anderson tells People. "I knew what it was like growing up without a dad," the journalist explains. "If there was ever something that happened to me, I would want Wyatt to be surrounded by love." Anderson's father — and his son's namesake — Wyatt Emory Cooper died while undergoing surgery when Anderson was 10, People reports. "While we were a couple, he wasn't sure he wanted kids, which was one of the issues we'd always had," Anderson explains. "But when I decided, 'I'm just going to do this,' he started to be interested."

In this week's People, the magazine reflects on the five-year anniversary of Caitlyn Jenner's Vanity Fair cover, her first major appearance as a transgender woman. According to Caitlyn's daughters Kylie Jenner and Kendall Jenner, their dad's transition strengthened the bond they share. "She's our hero," the siblings tell the outlet. "When my dad came out as transgender, our relationship grew," says Kendall. "She could finally be honest with me. We could talk about deep emotions she was feeling through that time. Growing up my dad was not usually one to talk about her feelings so that was a big step for us." Kendall added of her "role model," "She's so brave and I aspire to be as brave as her one day." Kendall's younger sister agrees. "My dad has always been an inspiration to me, from winning the gold medal at the Olympics to getting her pilot's license," Kylie says. "However, watching her live out her true self has been the most inspiring of them all."

Robert De Niro admits he takes 'certain things for granted' as a white man, despite having biracial children

For the past week or so, both Jimmy Kimmel and Jimmy Fallon have made a point of asking guests how they're talking to their children about racism and police brutality in the wake of George Floyd's May 25 killing by a white police officer. Robert De Niro, 76, is the father of six children, all but one of whom are adults — and all of whom are biracial. When he stopped by "The Tonight Show" on Wednesday, he was quick to acknowledge that being white has allowed him to "take certain things for granted," in spite of the experiences his kids may have with police. "My children are all half black and I don't have… even me, I take certain things for granted …," he told Fallon, according to ET. "When people say that they tell their kids, 'Keep your hands when you're stopped by any cops, keep your hands on the steering wheel, don't make a sudden move, don't put your hands below, don't do this,' you understand that. That's scary. That has to change." At the end of the day, De Niro said, "Anybody who hurts another person for no reason other than self defense or the defense of other people around shouldn't be doing that job."

Former "Empire" star Jussie Smollett has filed a motion demanding more discovery documents related to the firing of Eddie Johnson, the Chicago Police Department's former Superintendent. That's according to Page Six, which cites court documents in which Smollett's lawyer invokes recent calls for police transparency, claiming Johnson's firing may be tied to the case against him. Smollett currently faces six counts of disorderly conduct for falsely reporting an assault in 2019, when many believe he staged a hate crime against himself. "As we see millions across the country rise up to protest and expose police misconduct, the city [of Chicago], by its refusal to produce the requested documents, is choosing to actively resist a citizen's lawful efforts to reveal dishonesty, directly relating to the charges against him," the motion states, adding that Johnson "oversaw and publicly commented on the investigation" that resulted in Smollett's arrest.

Prince Harry 'was unhappy for a long time' about his position as a royal: Report

A new biography of Prince Harry and Duchess Meghan claims the couple planned their exit from royal family duties long before their wedding, invalidating some of the blame tabloids have ascribed to Meghan for their departure. According to a report from The Sun, royal reporters Omid Scobie and Carolyn Durand have said the Sussexes are aware of the book, though it's unclear if that means it has their stamp of approval. Per the Sun: "The truth is that Harry had been deeply unhappy for a long time. And he and Meghan openly discussed going in a different direction well before they got married." The book is due out Aug. 11. 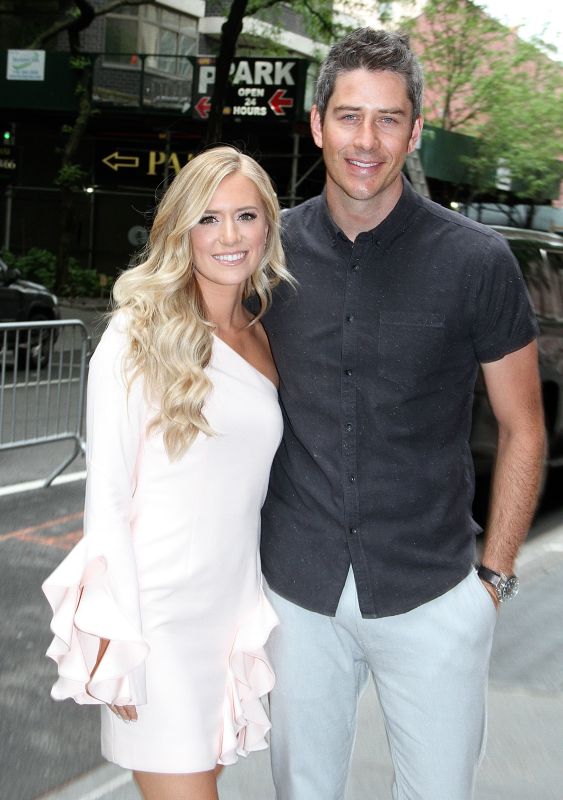