Vanessa Hudgens was spotted wearing an adorable beret while out for a cup of coffee in Brooklyn on Oct. 25, 2017.

Jennifer Lopez and Leah Remini braved the cold while filming "Second Act" in Brooklyn on Oct. 25, 2017.

Hugh Grant braved the rain while filming "A Very English Scandal" in Chittlehampton, England, on Oct. 24, 2017.

Gigi Hadid looked like the definition of cool while leaving her apartment in New York City on Oct. 25, 2017.

Emily Ratajkowski rocked a PVC coat while out in Los Angeles on Oct. 25, 2017.

Designer Vivienne Westwood rode her bike down Downing Street in London on Oct. 26, 2017.

Anna Kendrick shot a scenes for her new Christmas movie, "Nicole," in Vancouver on Oct. 24, 2017.

Bella Hadid was spotted looking super-chic in Chanel at a V Magazine dinner in honor of Karl Lagerfeld in New York City on Oct. 23, 2017.

Phoebe Price showed off some pumpkins at a pumpkin patch in Los Angeles on Oct. 11, 2017.

Duchess Kate and Prince William appeared to be having a ball with Paddington Bear at an event at London's Paddington Station on Oct. 13, 2017, celebrating kids who've been helped by their charities.

Basketball legend Scottie Pippen had some pep in his step while walking by a pumpkin in Los Angeles on Oct. 12, 2017.

Naya Rivera and Ryan Dorsey took their son to Underwood Family Farms in Los Angeles to pick out a pumpkin on Oct. 14, 2017.

Kris Jenner looked festive while out to dinner with Tommy Hilfiger in West Hollywood on Oct. 15, 2017.

Jonah Hill and Trudie Styler were pictured in character while on location at a court house in New York City filming "Maniac" for Netflix on Oct. 17, 2017.

Kate Hudson was all bundled up while leaving her New York City hotel on Oct. 17, 2017.

Rihanna was snapped heading into Milk Studios in New York City on Oct. 19, 2017.

"Game of Thrones" actress Natalie Dormer was snapped looking fall-ready while leaving the Haymarket Theatre in London after performing in the play "Venus in Fur" on Oct. 14, 2017.

Sarah Jessica Parker was spotted at the Intimissmi store opening in New York City on Oct. 18, 2017.

Elizabeth Olsen was spotted hiding her face while wearing a chic fall camel coat in New York City on Oct. 13, 2017.

"Scandal" star Jeff Perry was spotted volunteering with kids at a pumpkin patch in Culver City, California, on Oct. 14, 2017.

Bella Hadid and Gigi Hadid gave us some sisterly love while heading to dinner in New York City for Bella's 21st birthday on Oct. 9, 2017.

Mariah Carey and Bryan Tanaka looked loved up while heading to dinner at Nobu in Malibu on Oct. 8, 2017.

Screen legend Jane Fonda looked fall ready as she was seen arriving at LAX Airport in Los Angeles on Oct. 11, 2017.

Pink and husband Carey Hart stepped out with son Jameson in New York City on Oct. 10, 2017.

Prince Harry showed his feminist credentials as he headed to the 100 Women in Finance dinner in aid of WellChild at the V&A in London on Oct. 10, 2017.

Elton John was seen shopping at the Gucci store on Rodeo Drive in Beverly Hills on Oct. 8, 2017.

Stellan Skarsgard and Colin Firth were seen chatting over lunch while in Vis, Croatia, on Oct. 5, 2017.

Jennifer Garner was snapped braving the early morning chill in the Brentwood neighborhood of Los Angeles on Oct. 10, 2017.

Tracee Ellis Ross had some fun with Michael Strahan outside the "Good Morning America" studios in New York City on Oct. 10, 2017.

Judge Judy was all smiles as she left Craig's restaurant in West Hollywood on Oct. 11, 2017.

Karlie Kloss was spotted arriving at LAX International Airport in Los Angeles in a chic duster coat on Oct. 5, 2017.

Chrissy Teigen was spotted at LAX International Airport in Los Angeles in a very incognito look on Oct. 6, 2017.

Blac Chyna was seen arriving at LAX Airport in Los Angeles on Sept. 29, 2017.

Jourdan Dunn rocked this fall-appropriate look while attending the Google Phone Launch in London on Oct. 4, 2017. 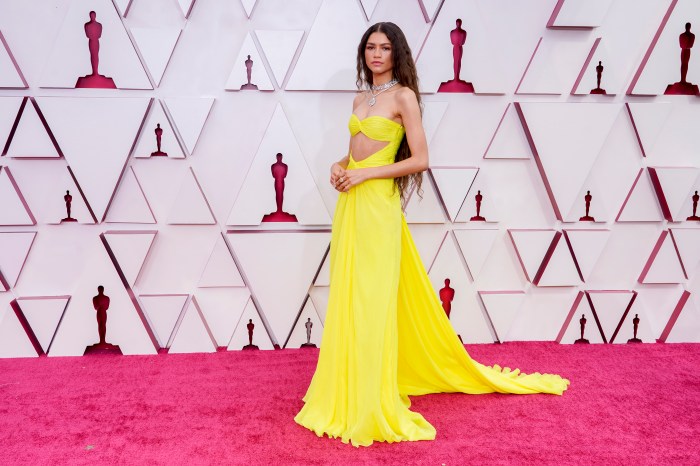