Dua Lipa is still young, but her career may already be washed up.

Evan Rachel Wood with that look you get when you gotta go but the restroom is occupied.

Been saying it for a long time — all those people obsessed with the royals are just a bunch of sheep.

Brody Jenner is about to send a huge care package to Liam Hemsworth.

Most solo artists have the luxury of not having to share the stage with an ass. Not Lizzo.

This is the best connection Khloe Kardashian has had since Lamar Odom.

Reporter: "Bebe Rexha, where do you keep your MTV VMA award?" Bebe: "Here."

Childish Gambino just saw the spider in his bed.

This is either Lil Nas X's acceptance speech or the never-ending list of candidates running against Trump next year.

Since Chris Pratt vowed to never give a rock to anyone but Katherine Schwarzenegger, we'd guess he's going paper or scissors here.

Unlike most celebrities, Travis Scott actually wants to catch shade.

Miami's waters were shark-infested thanks to Daymond John.

Things are about to get very interesting in Prince William and Duchess Kate's bedroom.

Oddly, Stone Cold Steve Austin and Rob Riggle have never had a traffic problem during their workday commute.

Considering the ending of "Game of Thrones," this is about as close to a crown as Sophie Turner is gonna get.

Scott Disick and Sofia Richie are dropping faster than your T-Mobile coverage.

Tori Kelly is a caged animal during feeding time… and we don't blame her.

Shannon Beador obviously thinks she has too much on her plate.

New dad Randy Houser knows sleep is at a premium.

Who wants to give Prince Charles a long straw?

Proof that Justin Bieber and Hailey Bieber are feeling boxed in in their marriage.

Michael Strahan has finally found his sweet spot in the world of TV.

Get the flock outta here with this outfit, Rihanna!

Say what you want about Hugh Jackman, but you can't say the man stinks, that's for sure.

The irony is that Kate Moss is never the one to bring dip to the party.

Maybe next time, you should bring a poncho to the Luke Bryan show…

Michael Buble has been complaining about a stiff neck lately.

Well, the dog certainly knows how to stay. Now if only Jimmy Fallon knew how to stay at the top of the ratings…

Who blinks first? Chris Pratt or this guy?

"Dear Chris Harrison, Should you need me, I'm available for 'The Bachelor'… AGAIN." Sincerely, Nick Viall

Annie Mumolo and Kristen Wiig remind us of everybody's aunt. Ever.

Fortunately for Jonathan Cheban, the pizza slice doesn't flop as bad as his reality TV show did in 2010.

Damon Wayans has been doing his buns of steel workout.

Penny Lancaster, Rod Stewart's wife, is trying to give the Loch Ness Monster a run for its money.

Now that she's got a boyfriend and is no longer looking for love, we just assumed that Nikki Bella was done with the chase.

"So now I come to you. With open arms" –John Goodman, via Journey

Never would have picked Eugenio Derbez for someone who'd end up behind bars.

Shout, shout, Taylor Schilling, let it all out. 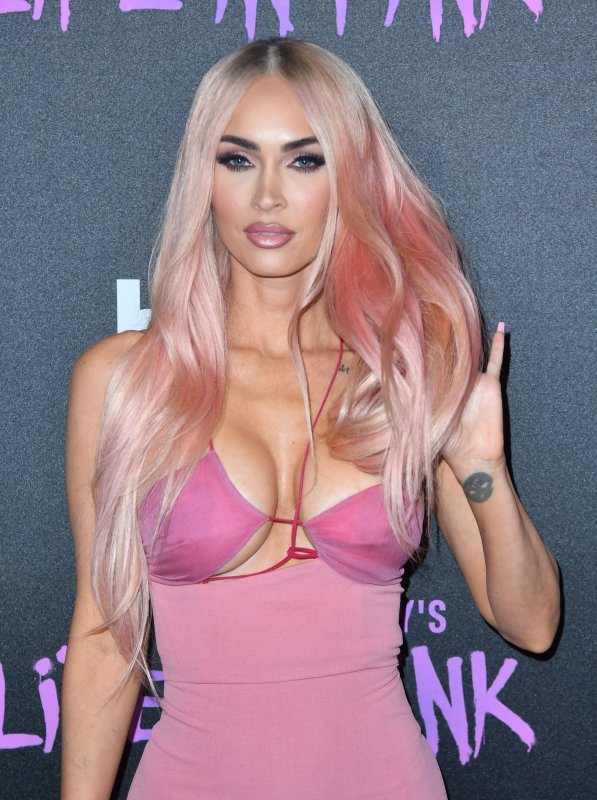