Can you believe Bill Murray is turning the big 7-0?! In honor of the Academy Award-nominated actor's milestone birthday on Sept. 21, 2020, Wonderwall.com is taking a look back at his life and career in photos. Keep reading for more…

Bill Murray was born on Sept. 21, 1950, in Evanston, Illinois, to parents Lucille and Edward Joseph Murray II. He's not the only one in the family who has a penchant for the arts — his three brothers, John, Joel, and Brian, are also actors! Bill is seen here early in his career in 1983.

As a teenager, Bill Murray — who was also actively involved in high school and community theater — was the lead singer of a rock band known as the Dutch Masters. When he graduated from high school, he enrolled at Regis University in Denver, Colorado, where he took pre-medical classes. Thankfully, it wasn't long before Bill dropped out and went on to pursue his love for performing full time. He's seen here during a 1981 photo shoot early in his career.

1977 marked the year in which Bill Murray officially became a cast member on "Saturday Night Live." He joined during the sketch comedy show's second season and stayed for three seasons until 1980. He's pictured here performing on "SNL" in New York City in 1977.

Romance was in the air for Bill Murray and "Saturday Night Live" cast member Gilda Radner. The comedic pair, who are pictured here at the "Manhattan" film premiere in April 1979, dated for a few years while on the show together.

In 1979, Bill Murray starred in his first feature film. He led the cast of the comedy "Meatballs," which chronicled the shenanigans of a summer camp counselor and his campers. He's pictured here alongside actors Jack Blum, Russ Banham and Keith Knight on the set of the Canadian movie.

Throughout the '80s, Bill Murray had starring roles in films that were critical and commercial successes. Some — like "Caddyshack," which debuted in 1980 — are now classics. The sports comedy, which has garnered a cult following, earned $39.8 million on a $6 million budget. Not bad at all!

A year later in 1981, Bill Murray starred in the war comedy "Stripes," which told the story of two friends who decided to join the army on a whim. "Stripes" was praised by critics and earned a whopping $85.3 million on a $10 million budget. 1981 also marked the year in which Bill Murray married Margaret Kelly. A year after that, the couple's first son, Homer, was born.

1984 was a major year for Bill Murray. It marked the release of one of his best known and most beloved films — "Ghostbusters," which debuted on June 8, 1984, and became the most successful comedy of the '80s with a box office gross of $296.4 million. The film, which follows a group of scientists seeking to eradicate paranormal beings so they can pay the bills after losing their jobs, spawned a multibillion-dollar franchise. Bill is pictured here alongside "Ghostbusters" co-stars Harold Ramis and Dan Aykroyd.

That same year, Bill Murray also co-wrote and starred in "The Razor's Edge," which is based on the 1944 novel by W. Somerset Maugham. The movie, which was filmed before "Ghostbusters," was a box office flop. Its failure caused Bill to take a step back from the spotlight for four years during which he studied history and philosophy at Sorbonne University and welcomed his second son, Luke, with then-wife Margaret Kelly.

Despite taking a step back from acting, Bill Murray occasionally made cameos in other films. He's pictured here alongside Steve Martin in the 1986 horror-musical "Little Shop of Horrors."

1988 marked Bill Murray's triumphant return to acting! On Nov. 23, 1998, "Scrooged" — a Christmas comedy based on Charles Dickens' 1843 novella "A Christmas Carol" — was released. The film told the story of a selfish executive who, with the help of ghosts, finally begins to embrace the holidays. The film, which earned an Academy Award nomination for best makeup and hairstyling in 1989, made $100.3 million on a $32 million budget.

In 1989, Bill Murray reprised his role as Peter Venkman in "Ghostbusters II." Unfortunately, despite earning an impressive $215.4 million at the box office and being the eighth highest grossing film of the year, the second installment wasn't a hit with critics.

In 1990, Bill Murray made his first and so far only attempt at directing. "Quick Change," which debuted on July 13, 1990, told the story of Grim, a bank robber who dresses up as a clown and pulls off a major heist. Bill starred in the crime comedy, which he co-directed alongside Howard Franklin, who wrote the screenplay.

We all remember this one, right?! Feb. 12, 1993 marked the release of "Groundhog Day," in which Bill Murray starred as a man who's stuck in a time loop and forced to continuously relive Feb. 2. The movie, which was one of the highest grossing films of 1993, also received a BAFTA Award for best original screenplay. Given that Bill had previously been known for his comedic roles, "Groundhog Day" stood out in the actor's repertoire as his first serious role.

Throughout the '90s, Bill Murray had starring roles in films like "Larger than Life" (pictured) and "The Man Who Knew Too Little," both of which failed to earn praise from critics.

In 1997, following Bill Murray's divorce from first wife Margaret Kelly, he married Jennifer Butler, a costume designer with whom he'd had an affair. The couple — seen here at the 2004 Golden Globe Awards — welcomed four sons: Caleb, Jackson, Cooper and Lincoln. They had a bitter split in 2008 after 11 years of marriage.

Another film that earned Bill Murray critical acclaim? Wes Anderson's 1998 coming-of-age drama, "Rushmore," in which Bill played Herman Blume, an affluent industrialist. The performance earned Bill a Golden Globe Award nomination for best supporting actor in a motion picture. "Rushmore" marked the first collaboration between the veteran actor and the director. It wouldn't be long before they joined forces once again…

In 2001, Bill Murray starred alongside Danny Glover, Gene Hackman, Anjelica Huston, Gwyneth Paltrow, Ben Stiller and Luke and Owen Wilson in Wes Anderson's "The Royal Tenenbaums." The dramedy, which earned an Academy Award nomination for best original screenplay and was recognized as Wes Anderson's most financially successful project for 13 years, earned $71.4 million against a $21 million budget.

Bill Murray co-starred alongside Scarlett Johansson in Sofia Coppola's indie dramedy "Lost in Translation" in 2003. The film, which follows two lonely strangers who develop a bond while in Tokyo, received widespread critical acclaim and did well at the box office, earning $118.7 million on a $4 million budget. "Lost in Translation" also won an Oscar for best original screenplay. Bill — who scored a best actor Oscar nomination for his work as disillusioned actor Bob Harris in the project — later revealed this was his favorite film to work on.

Bill Murray, producer Ross Katz, Scarlett Johansson and Sofia Coppola are pictured here at the Universal-Focus Features afterparty following the 61st Annual Golden Globe Awards in 2004. For his work in "Lost in Translation," Bill took home the award for best actor in a movie musical or comedy while Sofia took home the prize for best musical or comedy movie screenplay.

Bill Murray has dabbled in voice acting too! He lent his voice to the titular character of 2004's "Garfield: The Movie," which was inspired by the Jim Davis comic strip. Despite earning primarily negative reviews, the live-action film earned $203.2 million at the box office. According to Bill, he only took on the role of Garfield because he mixed up screenwriter Joel Cohen's name and that of Joel Coen of the Coen Brothers. Yikes!

Bill Murray starred in 2004's "The Life Aquatic with Steve Zissou," which marked his third collaboration with Wes Anderson. Unfortunately, despite the film's star-studded cast, which included Cate Blanchett, Willem Dafoe, Owen Wilson and Jeff Goldblum, it failed to impress at the box office. The film, a nod to French researcher Jacques Cousteau, earned just $34.8 million on a $50 million budget.

In 2005, Bill Murray joined forces with Jim Jarmusch for the second time in the film "Broken Flowers." That same year, Bill also announced that he'd be taking a step back from acting, explaining that he hadn't had any downtime since the late '90s.

Bill Murray isn't just an accomplished actor — he's a total sports fanatic too! He's pictured here just before throwing out the first pitch of the Chicago Cubs home opener against the Pittsburgh Pirates in April 2004. Bill is a huge fan of Chicago sports clubs, particularly the Cubs, the Chicago Bulls and the Chicago Bears.

In 2009, Bill Murray made a hilarious cameo as a fictionalized version of himself in the post-apocalyptic zombie flick "Zombieland." He's seen here alongside one of the film's stars, Woody Harrelson.

Bill Murray is seen here with one of his actor brothers, Joel Murray — who viewers might recognize from his work on "Mad Men," "Shameless" and other shows — at the 2012 Irish Open golf tournament in Northern Ireland on June 27, 2012.

A double cause for celebration! Bill Murray is pictured here at the 72nd Annual Golden Globe Awards on Jan. 11, 2005, where he was nominated for two awards, though he didn't take either home: best actor in musical or comedy for his starring performance in the film "St. Vincent" and best supporting actor for his work in the TV miniseries "Olive Kitteridge."

Bill Murray received the Mark Twain Prize for American Humor at the Kennedy Center in Washington, D.C., on Oct. 23, 2016. The award, which is given to recipients who've "had an impact on American society in ways similar" to writer Mark Twain, has also gone to stars like Whoopi Goldberg, Lily Tomlin, Billy Crystal, Tina Fey, Julia Louis-Dreyfus and Dave Chappelle.

In 2018, Bill Murray collaborated with Wes Anderson once again! This time, he lent his voice to a dog named Boss (pictured) in the stop-motion dramedy "Isle of Dogs." The film earned several nominations including best animated feature film and best original score at the 91st Annual Academy Awards.

Bill Murray appeared in his third Jim Jarmusch film, "The Dead Don't Die," in 2019. The zombie flick, which featured an ensemble cast that included Adam Driver and Chloe Sevigny (pictured) as well as Selena Gomez and Tilda Swinton, follows a rural police department as officers are forced to deal with a zombie apocalypse.

What's on the horizon for Bill Murray? Next up, Bill — pictured here at the Rome Film Festival in October 2019 — will appear in three films: "On the Rocks," "Ghostbusters: Afterlife" and Wes Anderson's "The French Dispatch." 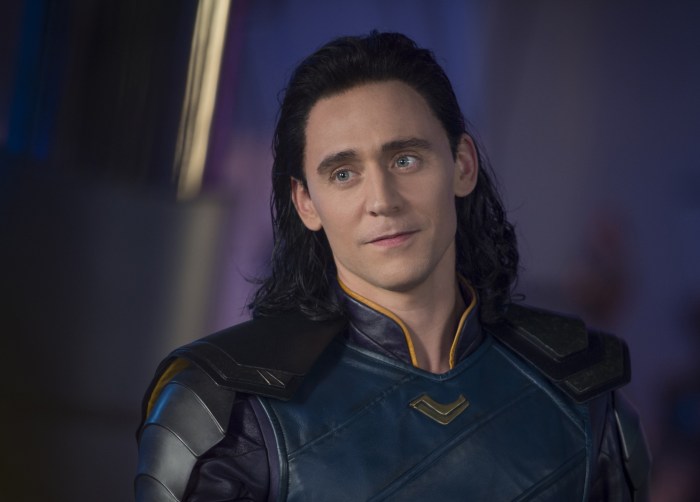