Join Wonderwall.com as we wish a happy birthday to all the stars who are turning dirty 30 in 2020, starting with this talented vocalist… "Leave (Get Out)" singer JoJo celebrated her 30th birthday on Dec. 20. At the 2020 Grammys, the pop star and songwriter won the award for best R&B song for the track "Say So" with PJ Morton. Keep reading to see more Hollywood stars who were born in 1990…

We had to double check the dates to be certain that Sarah Hyland actually entered her 30s on Nov. 24. The youthful star's longtime show, "Modern Family," aired its final episode on April 8 after 11 seasons. Next up for her? A new TV show that's in development for ABC, "Yours, Mine & Paul," and tying the knot with Wells Adams!

Liam Hemsworth turned the big 3-0 on Jan. 13. The Australian actor celebrated his birthday in Byron Bay, Australia, with his family and girlfriend Gabriella Brooks.

We hope Emma Watson invited her old "Harry Potter" gang to a Zoom chat to celebrate her 30th birthday on April 15.

Not only did Grammy-winning artist The Weeknd released his long-awaited fourth studio album in March, but the "Starboy" singer (real name: Abel Tesfaye) turned 30 the month before! He blew out his candles on Feb. 16.

Former child actor Jonathan Lipnicki — who played the spiky-haired little boy in "Jerry Maguire" opposite Tom Cruise and Renee Zellweger and starred in "Stuart Little" — is all grown up now: He turned 30 on Oct. 22.

On April 9, "Twilight" alum Kristen Stewart turned the big 3-0. Her latest film, "Happiest Season," came out on Nov. 25. In early 2021, she'll start working on the film "Spencer," in which she'll play Princes Diana.

"Modern Love" star Dev Patel has 30 reasons to celebrate in 2020! Dev left his twenties behind on April 23.

British singer-actress Rita Ora celebrated her 30th birthday on Nov. 26. Rita — who publicly apologized and paid a $13,000 fine after she was busted hosting a birthday party for 30 people at a London restaurant despite strict COVID-19 guidelines and surging cases — released a new single, "How to be Lonely," and launched her Próspero Tequila brand earlier in 2020. We'll next see the "Fifty Shades of Grey" star in the film "Twist."

Golden Globe-winning British actor Aaron Taylor-Johnson, a father of two and stepdad of two, celebrated his 30th birthday on June 13 with filmmaker wife Sam Taylor-Johnson by his side.

"The Marvelous Mrs. Maisel" star Rachel Brosnahan left her 20s behind on July 12. At the 2020 Screen Actors Guild Awards, the actress won big — she, along with her castmates on the Amazon Prime Video series, took home the prize for outstanding performance by an ensemble in a comedy series.

Australian rapper Iggy Azalea celebrated her dirty 30 on June 7 not long after she became a first-time mom.

On April 22, rapper-actor Machine Gun Kelly turned 30. The music star got some attention for his work in a few movies in 2020 but made bigger headlines thanks to his new romance with "Midnight in the Switchgrass" co-star Megan Fox.

How is it possible that the adorable little boy from "Love Actually" is 30?! Thomas Brodie-Sangster celebrated the big birthday on May 16.

"Magic Mike" star Alex Pettyfer celebrated the big 3-0 on April 10. We'll next get to see the actor, who married model Toni Garrn in October 2020, on the big screen in the thriller "Collection."

"The Flash" star Grant Gustin turned 30 on Jan. 14. Grant is set to star in the upcoming musical "Imagination."

Grammy-nominated R&B singer SZA turned 30 on Nov. 8. In the meantime, we're waiting on the release of her second studio album!

Chris Colfer is definitely all grown up now after playing high schooler Kurt Hummel on "Glee." He turned 30 on May 27.

Baby-faced "Girlboss" and "For the People" actress Britt Robertson turned 30 on April 18. Britt's latest film is the drama "I Still Believe," which hit theaters on March 13 and co-starred "Riverdale" actor KJ Apa.

Grammy-nominated rapper Soulja Boy, who rose to fame in 2007 with the hit "Crank That," celebrated his 30th birthday on July 28.

On March 2, Grammy-nominated country music star Luke Combs turned 30. It was a big year for another reason as well: He got married!

Irish musician Hozier, who's given us songs like "Take Me to Church" and "Someone New," celebrated the big 3-0 on March 17.

Oscar nominee Keisha Castle-Hughes, who made her big screen debut in 2002's "Whale Rider," blew out 30 candles on March 24. The "Game of Thrones" alum is now one of the stars of the new CBS drama series "FBI: Most Wanted."

Season 8 "American Idol" fan favorite David Archuleta, who finished in seventh place on the music competition series, is all grown up and turning 30 on Dec. 28.

Daveigh Chase, who played the child antagonist in the horror film "The Ring," turned 30 on July 24.

"Moonlight" star Trevante Rhodes turned 30 on Feb. 10. Although we haven't seen Trevante in anything since 2018's "Bird Box," he's set to appear on the big screen in the forthcoming biopic "The United States vs. Billie Holiday." 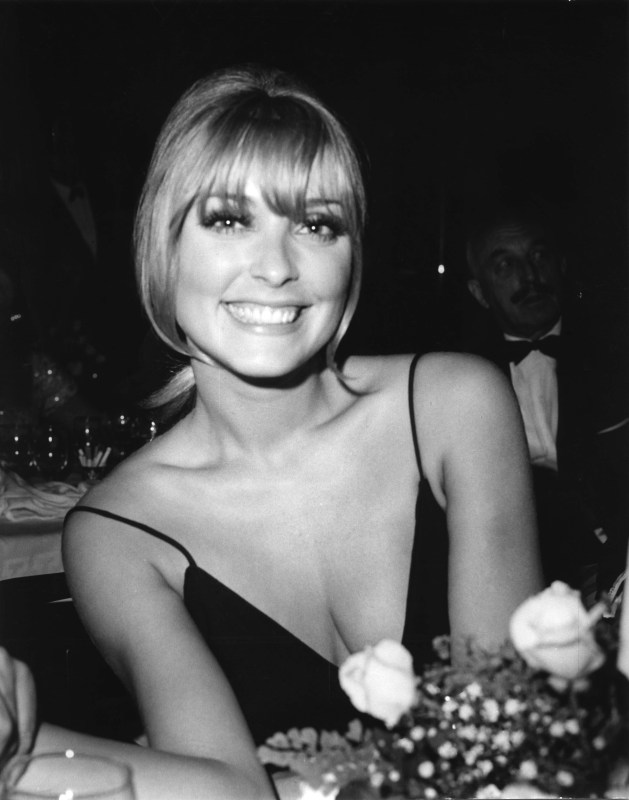