Not all of your favorite stars live in Hollywood! Wonderwall.com is rounding up the celebs who choose to call farms and ranches home (at least some of the time) — and a few might surprise you! First up is Russell Crowe. The Oscar winner is also a farm owner. He has a 560-acre ranch back home near Australia's east coast. He tended to his property instead of attending the 2020 Golden Globes as it was threatened by the country's widespread bushfires, which ultimately burned much of his land and ruined several fixtures on his property. Back in 2006, the Oscar winner invited Oprah Winfrey to visit and showed off his 500 cows. Keep reading for more celebs who prefer a rustic way of life…

When actor Chris Pratt doesn't have to be in Los Angeles for work, he can often be found on his ranch on Washington State's San Juan Island. Chris raises sheep, chickens and goats on the gorgeous property called Stillwater Ranch and shares plenty of photos of all the fun on Instagram.

We're pretty jealous of Oprah Winfrey's organic farm on the Hawaiian island of Maui, which is located on the side of a dormant volcano and grows more than 100 types of fruits, vegetables and herbs. Among her crops? Carrots, tomatoes, beets, turnips and radishes, plus O has a chicken coop that provides fresh eggs.

RELATED: The business of being Oprah Winfrey

It's no surprise that Martha Stewart has a stunning farm in Bedford, Connecticut. The mogul purchased the property — which boasts horse paddocks, a blueberry garden, a vegetable greenhouse, a corn crib and a hay barn, among many other Martha-approved accoutrements — in 2001. There are also donkeys, geese, peacocks and chickens plus nine full-time employees who help Martha take care of everything.

Did you know Zayn Malik owns a farm? Yep, the former boybander purchased a farm in Pennsylvania — not far from a farm owned by girlfriend Gigi Hadid's mom, Yolanda Hadid. Zayn told Billboard in 2017 that the location is "out of the way and feels grounded" and that he enjoys doing simple duties when he's there: "I take the horses out and feed the cows and that kind of stuff." He told GQ in 2018 that his property also includes "crops of cherries, tomatoes and cucumbers." Gigi reportedly gave birth to their daughter, Khai, there.

Lisa Bonet and Jason Momoa live on a five-acre ranch nestled in the mountains in Topanga, California. Though not much is known about their property, Lisa has been seen walking a donkey on a leash nearby!

Among Julia Roberts' many homes? A 40-acre ranch in Taos, New Mexico. She married cameraman-cinematographer Danny Moder there on Independence Day in 2002 and invited Oprah Winfrey over to interview her on the property, where the mogul was greeted by Julia's geese!

Kelis purchased 24 acres in Temecula, California, which is a few hours outside of Los Angeles, in the late 2010s and set up a farm there. The singer, who lives with husband Mike Mora and her three children, talked to The Guardian about her farm life in 2020, explaining that she and her spouse look after everything on their own. At the time, they had a vegetable garden and planned to add a greenhouse, chickens and goats. Bon Appetit reported that in 2019, Kelis also became a co-owner of Bounty Farms in Quindio, Colombia, which grows coffee, tomatoes and other produce. She put her crops to good use in her Bounty & Full sauce line: In addition to making music, the "Milkshake" hitmaker is a trained saucier who graduated from Le Cordon Bleu culinary school in 2008.

Amanda Seyfried told late night host Stephen Colbert in 2019 that having a farm had always been her dream, and that she'd finally made it a reality. "I love animals and I love to be surrounded by them, and I wanted space," she explained. Now she owns a farm in upstate New York with a donkey, chickens, horses and goats.

Hilarie Burton and husband Jeffrey Dean Morgan live on Mischief Farm in Pleasant Valley, New York. The longtime Hollywood couple's 100-acre property in Dutchess County includes all sorts of animals including an emu and a donkey that are bonded pals.

Another star who enjoys a more rustic lifestyle? Mark Ruffalo, who has a 50-acre ranch in upstate New York where he lives with his wife and children. It includes a vegetable garden and a barn and he's been known to grow strawberries.

"Fixer Upper" stars Chip Gaines and Joanna Gaines and their five children live on a 40-acre working farm in Crawford, Texas, near their Magnolia brand headquarters in nearby Waco. Among the animals these home renovation masters care for? Cows, chickens, pigs, goats and dogs. In Chip's book "Capital Gaines," he touched on one of the best parts of life on the farm, writing, "Getting up at four in the morning to tend the farm while the world is quiet — feeding animals, mucking stalls, gathering eggs, filling water troughs, checking fences, letting animals out into the field — is a high point to my day."

Blake Shelton owns the 1,300-acre Ten Point Ranch in Oklahoma, which is where he famously proposed to longtime love Gwen Stefani in 2020. In 2016, the country crooner said he bought a horse for the No Doubt frontwoman for her birthday. He then purchased a second horse for himself. There are other animals on the property as well as ponds, fields and trails.

Though he still dabbles in acting, these days Hayden Christensen is more of a farmer. He owns a farm in his native Canada — in Uxbridge, an hour north of Toronto. He bought the property in the late 2000s and told Canada's The Globe and Mail in 2018, "I'm there as much as I can — it's a place I love, and was such a departure for me, as someone who grew up in the suburbs and spent a lot of time in city environments. But I was drawn there. It was one of the better decisions I've ever made. It's a great escape."

In 2019, Kanye West purchased two sprawling ranches in Wyoming. He's been living in the state since early 2020. Monster Lake Ranch, which was listed for $14 million, is located outside of Cody, Wyoming. The 9,000-acre property has a saloon, horse barns and a shooting range and is home to two freshwater lakes. The rapper-designer later plunked down even more money — $14.495 million — for 6,700-acre Bighorn Mountain Ranch about 50 miles away. That one has amenities like heated helicopter pads as well as walk-in saunas inside the log cabins and lodges on the property.

Farm owner Elizabeth Hurley? Yep, from 2003 until 2015, the beauty owned a 400-acre organic farm in Gloucestershire, Britain, that was home to chickens, sheep and other animals.

Zach Galifianakis is a proud farm owner! He has 60 acres of land in Alleghany County, North Carolina, that he's dubbed Farmageddon. Among the critters that call his farm home? Horses, honey bees and goats!

Dennis Quaid owned a 418-acre ranch in Montana's Paradise Valley near Yellowstone National Park. He reportedly had five horses on the property at one point.

In 2008, Nicole Kidman and Keith Urban dropped about $4.5 million on a farmhouse in Bunya Hill, Australia. The property features an orchard as well as 111 acres of farmland that's home to a herd of Black Angus cows, six alpacas and some chickens. In 2015, the Oscar winner told Vogue that what she loves most about farm life is "the simplicity, the air, the peace."

Though Kristin Cavallari famously grew up in Orange County, California, she and Jay Cutler settled on a 10-acre hobby farm just south of Nashville after he retired from the NFL. Before their early 2020 breakup, the couple shared their property with plenty of critters including goats, chickens, dogs and a llama. In the early days of their split, the former couple "bird nested" at the property — rotating who was present at the home with their three children. They sold the estate in the summer of 2020. 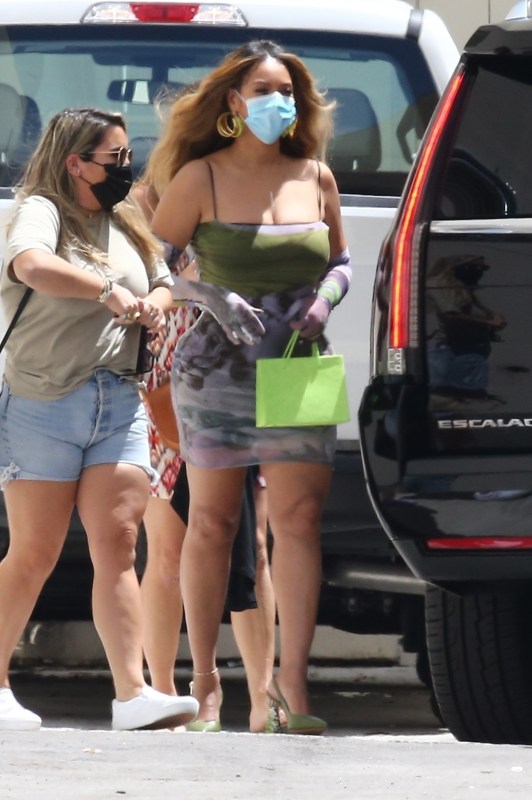