Prince Harry and Meghan Markle return to London together from Africa

Prince Harry and Meghan Markle lived up to their Cutest Royal Couple Ever title again this week during their return home from a trip to Africa. According to LaineyGossip, the couple, who recently celebrated their first anniversary, was spotted on the Heathrow Express after flying into London from Zambia, where they celebrated the end of their trip with a visit to Victoria Falls. They reportedly skipped any separate seating arrangements, opting instead to sit in a shared public car with a few security guards. During the ride, the two reportedly sat across from one another. Although they were said to have been "on their phones the whole time," the website reports they shared glances and smiled at once another repeatedly, suggesting they were actually texting each other. Which seems adorable. The prince is due to join Prince William and Duchess Kate at the Kensington Palace memorial garden to pay tribute to the princes' late mother Princess Diana on Wednesday, Aug. 30, one day before the 20th anniversary of her death.

George Clooney opens up about becoming a dad at 56

When George Clooney heads to his first premiere for "Suburbicon," due in theaters in October, he'll have one new baby-related task to complete before he's ready for the red carpet. "I just have to clean the barf off of my tux. It used to be my barf but now it's the twins' barf. So it all works out," he jokes in a new interview with the Associated Press. The new film deals with racial tensions in America and arrives shortly after he and Amal Clooney made a large donation to the Southern Poverty Law Center to fight hate groups in the wake of the violence in Charlottesville, Virgina. He has also been vocal about his concerns about Donald Trump. In part, he admits his political concerns stem from having a new pair of twins at home. "Suddenly, you're responsible for other people, which is terrifying," he says with a laugh. Luckily, he has Amal. "She's like an Olympic athlete. She's doing so beautifully," he gushes when asked about his wife. "Right now my job is changing diapers and walking them around a little bit. I really didn't think at 56 that I would be the parent of twins. Don't make plans. You always have to just enjoy the ride."

Is Taylor Swift challenging "Mean Girls" in her pop star feud-fueled new video for "Look What You Made Me Do"? Her fans seem to think so. E! News posted a roundup of connections posted on social media between the new video and the Lindsay Lohan film, which centers around a girl whose high school experience is pretty much destroyed by the awful clique she joins, then rebels against. For starters, there's a scene in Taylor's video where the dance formation and moves look just like some of the ones used in the "Jingle Bell Rock" Winter Talent Show scene. The lyric, "I've got a list of names and yours is in red, underlined / I check it once, then I check it twice …" sure sounds like a reference to the "Mean Girls" characters' Burn Book, in which Regina's name gets written in red and underlined. Finally, fans noticed a similarity between the Peaches beat used in the scene where Regina makes out with Aaron Samuels. It turns out that beat was a sample from Right Said Fred but it sure seems like Taylor wants folks to read between the lines.

Sarah Silverman and Michael Sheen are still in 'lerve'

Who cares about a grainy selfie when you're in love? Sorry, we should say "lerve," which is how Sarah Silverman captioned this shot of her with her boyfriend Michael Sheen on Instagram this week. Sarah's sweet post comes just a few months after she opened up to her ex, Jimmy Kimmel, about her relationship with Michael. Explaining why she calls him her "on-off lover" ("because we're apart by oceans — one ocean," she said, adding that the actor moved back to Europe when his daughter with Kate Beckinsale was ready to go to college). "So he's there a lot, and then we just long for each other and we see each other and we love each other," she said. "You know me, I'm a loner, so it's OK." Sarah and Jimmy aren't the only friendly exes in Sarah and Michael's inner circle: Michael and Kate remain friends. Sarah and Kate are close as well. Ain't life grand when we all get along?

Katy Perry is facing a lawsuit from a production crew worker who says she lost her right toe as a result of the team's response to an accident during Katy's 2014 tour. TMZ reports Christina Fish claims she was not provided with an ambulance after being told to move a wall that ended up running over her foot. After she got medical attention thanks to a friend who picked her up, Christina says she developed gangrene and the toe had to be removed. She's suing Katy as well Live Nation and multiple production companies.

Jack and Lisa Osbourne are expecting their third child

What fun is baby news without a little humor? Jack Osbourne's wife Lisa Osbourne shared a photo on Instagram on Monday, Aug. 28, showing the profile of her super round belly and she and Jack mugged for the camera. "Literally ate the biggest burrito ever," she joked in the caption — before adding a baby bottle Emoji. The new addition will be the third child for the couple, who are already parents to two daughters, Andy, 2, and Pearl, 5. Congrats!

Vanessa Grimaldi, Nick Viall open up about their split

"It's OK to feel broken. It's OK to cry. It's OK to lean on a friend. In the end, it will always be OK." That's how Vanessa Grimaldi broke her silence about her split from Nick Viall on Instagram this week. Nick spoke to Us Weekly about how he was feeling that day, too, telling the magazine: "In times that aren't great, you have to kind of spend time with your loved ones. I'm lucky enough to have friends outside of L.A. I'm heading back to Chicago this weekend, which I think will be good for me. I'm trying to stay positive, being around friends and family. It helps me stay positive. And you know, what helps me is just kind of believing in yourself. It's obviously easy to get insecure and feel bad about yourself. You get in your head about things when things aren't working out for you." The couple's engagement came at the end of Season 21 of "The Bachelor" and lasted five months before they announced they were calling it off. "It's with a great amount of heartbreak for the both us as we have decided to end our engagement," they said in a statement at the time. "We gave this relationship our all and we are saddened that we did not get the fairy-tale ending we hoped for. We will continue to be there for each other no matter what. This hasn't been an easy decision, however, as we part ways, we do so with lots of love and admiration for each other."

Michael Jackson would have turned 59 on Tuesday, Aug. 29, which presumably makes it a tough one for his daughter, Paris Jackson. In the early hours of Tuesday, Paris shared two posts about her dad on Instagram. They both featured him giving her a kiss, although the second post was a composite picture in which a ghostlike version of the King of Pop appears to be watching over Paris at the MTV VMA's. "Birthday wishes to the love of my life, the one person who showed me what passion truly was, the one that gave me solid morals to live by and how to dream," she captioned the other image. "I will never feel love again the way i did with you. you are always with me and i am always with you. though i am not you, and you are not me, i know with all of my being that we are one. and our souls will never change in that way. thank you for the magic, forever and always." Michael died in Los Angeles on June 25, 2009 at the age of 50.

From Laura Dern's perspective, actors have a chance to get inside even the biggest of blockbuster films and find a way to use the story to communicate something important. Speaking to WWD (via Jezebel), she pointed out the importance of "truth and lies" in 2017. " … There's a lot to be said right now and telling stories, whether they're true stories that are blatant and correct about injustice and a longing for equality and human rights, or it's disenfranchised characters who don't even know they're entitled to a voice – and how interesting to play people who have to make their way not feeling that their voice matters?" she continued. The actress, who's set to appear in the forthcoming "Star Wars: The Last Jedi." also recalled a moment in her 1993 film "Jurassic Park" when she inserted her voice into the story to make a small but important feminist statement. "… There was a rather feminist line in response to something Jeff Goldblum says about 'man creates dinosaurs, and dinosaurs eat man.' Something like that," she recalled.. "And then I look back and say the line, 'Yeah — and woman inherits the earth' and that was such a big deal. It was like here it is, we're in this formulaic, big movie and it's this fabulous, fun, feminist moment. Then there are 12-year-old girls watching the movie and they hear that, and it's one line. For years it was 'Oh, well that's more for boys, because it's a dinosaur movie.' and that's what they used to say about 'Star Wars,' and now because there are female icons in it, all the girls want to see it as much as boys. So yeah, it's really exciting to consider with every story that you tell. Every film I get to be part of, [I consider] how we can make it truly relatable, to all of us."

Baby No. 4! Emily Maynard's husband Tyler Johnson revealed the "Bachelorette" alum is expecting another stork visit when he shared a video on Instagram of a very pregnant Emily taking a stroll with one of their kids. The couple, who tied the knot in 2014 after Emily ended her engagement to Jef Holm, have two kids between them, Jennings and Gibson. Emily also has a 12-year-old daughter, Ricki, from a previous relationship. 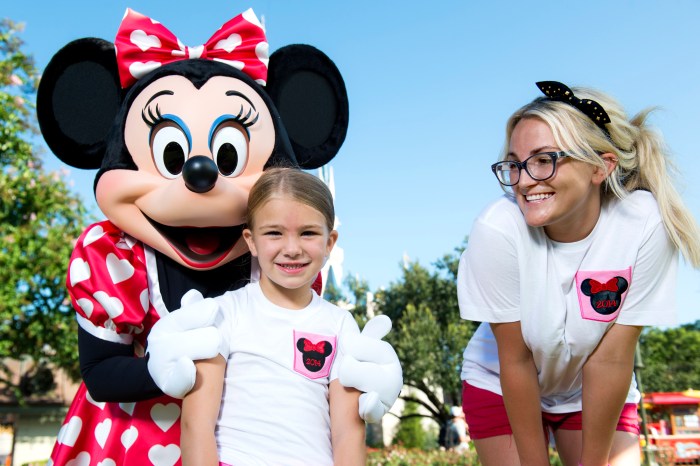 Oscar-winning former child star goes bare at 40, plus more celebs without makeup in 2022