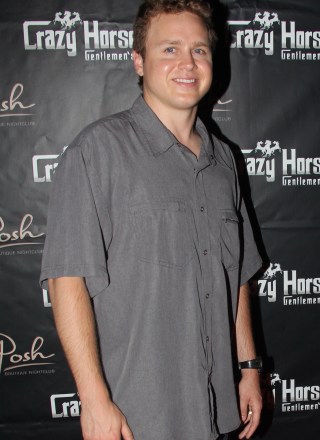 Share Tweet Pin Email
Spencer Pratt is a self-described "famewhore" and fortunately for him, he has successfully figured out how to play the game and stay in the public eye. After attending high school with Brody Jenner and the Olsen twins and USC, he hooked up with Heidi Montag in the height of her Hills heyday and quickly became a show fixture himself. The show's villain spread sex tape rumors about leading lady Lauren Conrad and meddled in her past and present relationships, ostracized his sister/show regular Stephanie Pratt and often earned the disapproval of Montag and her parents for his lack of ambition, his gregarious spending, his wandering eye and his temper. Through it all, Montag stuck by him and the dastardly duo eventually eloped in Cabo San Lucas in 2008 and held an official wedding in Pasadena, Calif., in 2009. Speidi almost split in summer 2010 when overly enhanced wife filed for divorce, but they reunited in the fall of the same year. Since the show ended, he has had a budding cameo career appearing on "How I Met Your Mother" and in Kevin Federline and Fall Out Boy music videos, authored a book with his wife called How To Be Famous, announced plans to run for California governor one day and attempted to become a rap star through viral videos for his chicken wing-themed jam, "Ain't No Thang," and "Go To Work," a ditty featuring Ya Boy and Pete G.