Selena Gomez's Instagram account was hacked on Aug. 28, and the culprits posted three nude images of Justin Bieber. In addition to the pics, the hackers posted an unflattering caption about Justin, and they included their Instagram handles. "We run da scene," the hackers wrote, screen grabs show. Selena immediately deactivated the account while she took it back over. For the record, even though the post was only up momentarily, plenty of people saw it — Selena is the most followed person on Instagram with 125 million followers.

Another Duggar baby on the way

Stop us if you've heard this one before: There's another Duggar baby on the way. On Aug. 30, Joy-Anna Duggar Forsyth announced that she is pregnant. "Austin and I are SO thankful to announce that we are parents!! Even before we were married we prayed that God would give us children and we are so blessed that he has given us this baby!" she said on Instagram. Joy-Anna, 19, married Austin Forsyth, 23, in May.

The Kardashians, Chris Brown, Kevin Hart, The Rock and so many others opened up their wallets to support relief efforts in the wake of Hurricane Harvey. The weather event and the subsequent devastating floods hit a little too close to home for a lot of celebrities, such as Beyonce, Kelly Rowland, Hilary Duff and Travis Scott, all of whom were born and raised in Houston. Many of the Houston-born celebs took to social media to show their support. "Texas you are in my prayers," Beyonce wrote, later pledging to donate to relief efforts. Hilary posted an image of the horrific flooding. "This is beyond devastating 💔truly heartbroken for my home town. #staystrong #deepintheheart 🙏," she wrote. Many non-Houstonians showed their financial support too. Kevin donated $50,000 and issued the Kevin Hart Challenge, in which he called out other celebs to donate. It worked: The Rock and DJ Khaled donated $25,000 to relief efforts while Chris Brown donated $100,000. Country star Chris Young donated $100,000 too. The Kardashians donated $500,000, as did Miley Cyrus. Interestingly, Ruby Rose donated $10,000 and faced backlash. Sandra Bullock, Leonardo DiCaprio and Tyler Perry each pledged $1 million — and President Donald Trump even pledged $1 million from his personal fortune. The list goes on and on.

"The Real Housewives of Orange County" star Tamra Judge has skin cancer. The reality TV star posted a selfie to Instagram on Aug. 27 in which a small blemish on her backside is visible. "I work out hard for this Booty. I was planning on competing again in [a fitness competition in] November at 50 years old, but I'm not sure that's happening now," she wrote. "It looks like God has a different plan for me. I'm showing you this picture because this is what melanoma looks like." She then took that moment to encourage her followers to get their skin checked. "This was just a small black flat freckle," she said of the spot on her behind. "I had no idea!"

Richard Simmons' defamation lawsuit against the National Enquirer's parent company is on shaky ground, to say the least. A judge ruled on Aug. 30 that calling someone transgender is not defamatory. The ruling, although technically tentative, is fairly devastating to the reclusive fitness guru's case. In May, Richard sued American Media over a story it published that claimed he was transitioning from male to female. The judge said calling someone transgender, even incorrectly, does not inherently expose someone to "hatred, contempt or ridicule." While the ruling is not set in stone, it certainly looks like Richard could take a loss on this one. Richard said he plans to appeal.

Bethenny Frankel had a growth removed from her face that is being tested for skin cancer. While pleading with her followers to donate to her charity for Hurricane Harvey relief via Instagram on Aug. 30, a fan asked about a bandage on her face. "Had a growth removed," the reality TV star said. Another asked if it was a reaction to fillers, to which Bethenny said, "No. Basil [sic] cell. I don't do fillers. My jaw is the size of Pittsburgh. Nothing needs enhancement."

"Jerry, Jerry, Jerry!" Jerry Springer could be hearing those chants again, but this time from potential voters. The former TV host — who was once the mayor of Cincinnati — is considering a run for the Ohio governorship, the Cincinnati Enquirer reported on Aug. 30. "There have been [people] who have asked him to run for governor, and he is considering it and will decide that pretty soon," his buddy Jene Galvin said. "He's about done figuring it out, but he had to give some serious thought to it first." Jerry is a longtime Democrat. In a statement to Business Insider, Jerry said, "I know there's talk. I haven't decided anything…"

Taylor Swift is still the queen. On Aug. 27, Taylor released her "Look What You Made Me Do" music video and it quickly set records. It became the fastest video ever to reach 100 million views, which happened within four days. The video also had the biggest first day on YouTube and the most views collected in a single 24-hour period, with 30 million views, eclipsing Adele's "Hello" by 2.3 million views. It also broke Spotify's record for most first-day plays. Billboard also reported on Aug. 31 that the track is expected to hit No. 1 on next week's Billboard Hot 100 chart "with the highest weekly sales, and possibly the top streaming total, for any song in 2017." She might have taken a break, but Taylor has come back strong.

Russell Brand is somebody's husband again. The comedian (and ex-husband of Katy Perry) married girlfriend Laura Gallacher in England on Aug. 27, Britain's The Sun reported. The couple welcomed a daughter Mabel, last November. "They wanted a very small, personal affair with their daughter Mabel, family and close friends rather than a circus," a source told The Sun. "It was a lovely occasion. Mabel was guest of honor." As a special wedding day treat, Russell dropped about $3,000 to rent a New Orleans-style steamer boat to take the wedding party to an Indian-themed reception where the staff wore saris.

Spencer Pratt was full of surprises and opinions this week while speaking to the Allegedly podcast. For instance, did you know that he used to hang out with Ryan Gosling… As in THE Ryan Gosling! "I had a penthouse loft when I was a freshman at USC and the connecting penthouse loft was Ryan Gosling's and we used to kick it all the time," he said. "He may deny it but I have many witnesses. I'll take a polygraph." In his chat, "The Hills" star also reflected on his friendship with Brody Jenner, whom he still says he's close with. At one point, the topic switched to Caitlyn Jenner (Spencer had said that he met Bruce Jenner several times). "I wouldn't want to meet Caitlyn," he said. "I'm Team Kris Jenner. I didn't like Bruce. I was team Brody. Bruce is like the worst person ever. He wouldn't even call Brody on his birthdays. And he lived in the Valley. It's not like, 'Oh, I'm in the Czech Republic and we don't have phones here today!' He was always bad as a human, from what I saw, being Brody's best friend." As a father, Spencer said Bruce "was a ghost." 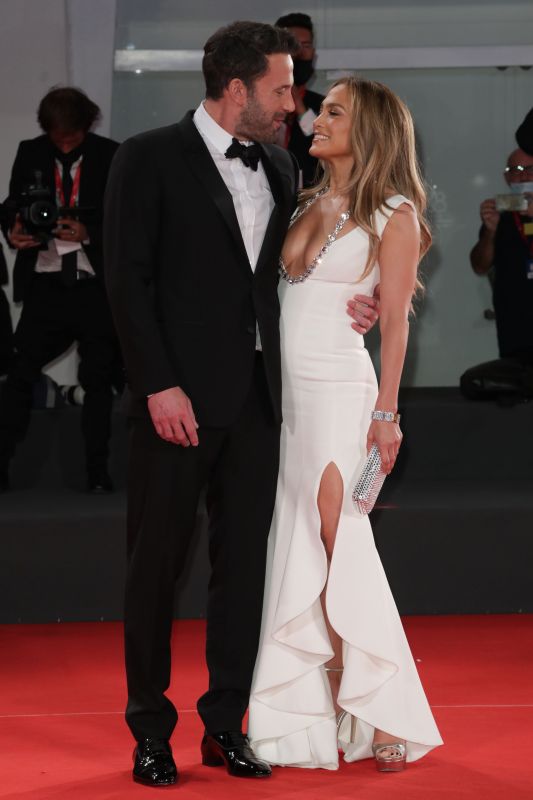