Pete Wentz would agree with you: Fall Out Boy has taken a dive.

The last time Martha Stewart had this much beef, it was with the U.S. Securities and Exchange Commission.

RELATED: How Duchess Meghan's style has evolved over the years

Manny Jacinto and Jameela Jamil don't look to be in "a good place."

Maisie Williams could be an air traffic controller — or she might be telling us to steal third base.

Despite what you heard during the awards, that Emmy is NOT made of chocolate, Alex Borstein.

Ice-T and Coco Austin are a hands-off couple.

Meghan Trainor used to think it was a good idea to stream her music.

A basically blindfolded pope is pretty much like driving with your mother-in-law.

Many would argue that Ivanka Trump's caramel-filled pastry is about the only sweet thing inside the White House.

What did Prince William do to get banished to the kids' table?

Lara Spencer is carrying everything but ballet shoes… #LookItUp

Arms and legs inside the ride at all times, Ali Wentworth! Halfway there!

Not sure if Nick Jonas is more Maverick or Goose…

And then Kendall said, "Look at this dummy trying to slide into my DMs."

Jessica Chastain and the "It" producers didn't have it in the budget to arrive by hot air balloon.

J.Lo and Hoda's 401Ks are not pleased with them today.

Gary Oldman will snap at you at any given moment.

Jenny McCarthy and Nicole Scherzinger have found their fashion inspiration.

Sorry, but this is s'more Marshmello than we really need in our lives.

Anything you can do, I can do better.

Note the girl behind Gigi Hadid. That's probably how Hannah Brown feels about her too. See: Tyler Cameron.

Thanks for the tip, Justin… *Googles Shane Bieber*

If Johnny Depp walked the plank like J.Lo, the "Pirates of the Caribbean" movies might have done better.

Looks like Tiger Woods has commitment issues with hats too.

When you come to America and suddenly realize you're closer to your family than you want to be.

There's no denying it, Prince Andrew has had it "rough" lately. #GolfJoke

Jaleel White has some thoughts for all of you who thought Forrest Gump was good at ping pong.

This is why Jared Leto is still single — women say he plays games.

This is exactly how Trump watches Alec Baldwin's portrayal of him.

After leaving "The Talk," Sara Gilbert has been forced to use public transportation.

Brody Jenner doesn't need ABC to be the real bachelor in paradise.

Elizabeth Banks isn't living up to her last name.

Don't let them tell you otherwise: Kacey Musgraves is shady!

David Beckham never got hosed like this during his soccer career.

Gene Simmons completely misunderstands what it means to be a police dog.

Bella Thorne thinks she's that one guy… the one who walked on water.

If Salt-N-Pepa want to replace Spinderella, Dr. Ruth Westheimer is ready to talk about sex (baby)!

Anwar Hadid is just riding the wave of his family name.

We always just assumed Heidi Montag carried the load in this family. 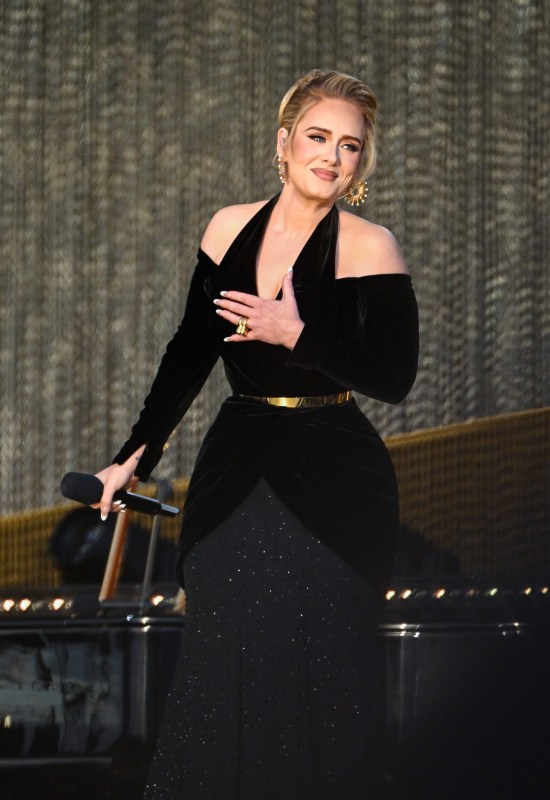