Since 2014, comedian, actor and writer Colin Jost has co-hosted one of our favorite recurring "Saturday Night Live" skits — "Weekend Update" — which first aired in 1975. Now that NBC has given the popular segment a primetime slot beginning Aug. 10, 2017, Wonderwall.com is taking a closer look at Colin's life to learn how this coyly smirking star found his seat at one of the most popular fake-news desks in the country. Keep reading to see just how far this talented funnyman has come over the years…

RELATED: The definitive list of all the TV shows and movies to watch this summer

1. He went to Harvard

Colin Kelly Jost was born on June 29, 1982, on New York's Staten Island. Coming from parents who clearly had their wits about them (his mom, Kerry, is the chief medical officer for the New York Fire Department and his father, Daniel, is an engineer), it's easy to see why Colin pursued a degree at prestigious Harvard University, where he studied the history and literature of Russia and Britain. While at Harvard, he got his start in comedy writing for the long-running satirical paper The Harvard Lampoon. Eventually, Colin became the president of the fake-news publication, which he credits with preparing him for his future at "Saturday Night Live."

RELATED: Celebrities who went to college together

Shortly after graduating from Harvard, Colin Jost was hired as a writer for the long-running comedy sketch show "Saturday Night Live." At the time, he was only 22 years old, making him one of the youngest writers on the series. Although he admits that he was intimidated by the seasoned writers, he quickly learned to hold his own. His tenacity earned him the respect of his castmates and helped Colin develop a reputation for strong comedy writing.

RELATED: Amy Schumer and other female stars who are authors

For close to three years, Colin Jost had a special lady in his life who might be familiar to fans. In late 2013, it was revealed that he was dating "Parks and Recreation" star Rashida Jones. It's rumored that the couple met at Seth Meyer's wedding in September that year and instantly hit it off. The pair reportedly split in late 2016. A few months after their breakup, Rashida stepped out with indie-rocker Ezra Koenig of the band Vampire Weekend.

4. He dated Scarlett Johansson too

Rashida Jones isn't the only Hollywood starlet Colin Jost has dated. He's also hooked up with Scarlett Johansson! They were first linked in May 2017 after they were spotted making out at the bar at the "Saturday Night Live" season finale afterparty. Although their romance wasn't officially confirmed (and Scarlett was later seen holding hands with her lawyer, Kevin Yorn), they reconnected in June for a romantic dinner date.

5. Seth Meyers was his mentor

While writing for "Saturday Night Live," Colin Jost developed an easy friendship with fellow writer and comedian Seth Meyers. According to Colin, Seth often took the time to look over his sketches to see where they could be improved, which was invaluable to the newcomer. When Seth left "SNL" in 2014, Colin stepped up to the plate to fill the vacancy, becoming the show's co-head writer.

6. He followed in the footsteps of Tina Fey and Seth Meyers

In 2014, Colin Jost didn't just take the helm as one of the head writers for "SNL" — he also took over as co-anchor of "Weekend Update." The satirical news segment was a natural fit for Colin thanks to his years of experience writing for The Harvard Lampoon. (He first appeared on "Weekend Update" alongside Cecily Strong, who was later replaced by Michael Che.) This made Colin the third "SNL" star to do this. Following in the footsteps of both Tina Fey and Seth Meyers? Not bad, Colin, not bad.

Colin Jost's writing talents don't end at "Saturday Night Live." Over the years, he's published numerous essays and articles in The New Yorker (like "Automatic Reply" in 2013) and on The Huffington Post. In 2015, Colin stepped down as one of the head writers for "SNL" — a position he held for a little over a year. While he didn't make any big announcements about his decision, it was reportedly so he could focus more time on "Weekend Update."

8. He and Leslie Jones have a special relationship

One of the funniest and most widely talked-about topics on "Weekend Update" has been "Saturday Night Live" cast member Leslie Jones' unabashed attraction to Colin Jost. Posing as a "relationship expert," Leslie is known to make hilarious, sexually charged passes at Colin on the air, which have become somewhat of a running joke on the show. Colin once gushed that Leslie was "the best," even calling her his "work wife." Although he has no plans to leave "Weekend Update" anytime soon, Colin says their eventual last airing together should be "something special." We agree!

Colin Jost's (brief) debut movie appearance just happened to be in the film he wrote, "Staten Island Summer." Loosely based on his last summer in Staten Island as a teen, the 2015 comedy aired on Netflix and was produced by Lorne Michaels — who also happens to be the creator and executive producer of "SNL."

Colin Jost's brother, Casey Jost — who's an actor, writer and producer — also made an appearance in "Staten Island Summer" as a police officer. Casey, who's had roles on comedy shows "Deadbeat" and "Inside Amy Schumer," doesn't want his brother's fame to get to his head, which is why he gave a copy of their embarrassing childhood videos to mutual friend Seth Meyers to air on Seth's late-night show. Colin later claimed (while laughing), "This is why you never introduce your brother to your colleagues."

Adding to his ever-growing filmography, Colin Jost had a small part in the 2016 comedy "How to be Single." The film, which stars Rebel Wilson, Dakota Johnson and Alison Brie (pictured), is all about the difficult terrain of love, dating and romance in New York.

12. He does stand-up comedy

Another facet of Colin Jost's humor comes from his work as a stand-up comedian. The writer and performer claims that he didn't do stand-up during his undergrad days at Harvard but he now enjoys performing regularly at numerous colleges and comedy clubs. He's currently on tour in America performing shows with his trademark blend of sarcasm and intelligent humor.

13. He always finds the humor in politics

In preparation for the Aug. 10, 2017, premiere of their limited-run primetime show, "Saturday Night Live: Weekend Update," Colin Jost and co-anchor Michael Che have been making the rounds on several talk shows. On July 31, the duo stopped by the set of "The View" to talk with the ladies about their opinion of former White House Communications Director Anthony "The Mooch" Scaramucci and the likability of President Donald Trump. When asked to respond to criticism that "SNL" and, more specifically, Alec Baldwin's impersonation of the president has only made Trump more popular, Colin replied, "If Alec's goal is to make him more likable, then I would say it's not working." 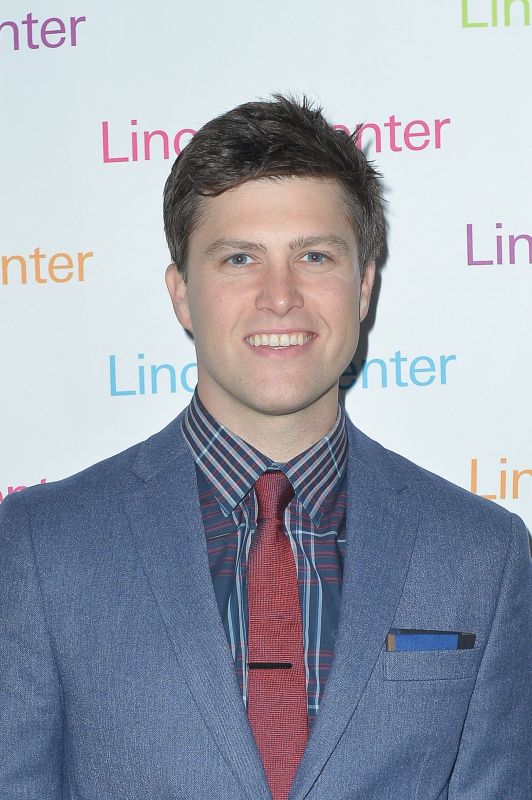 Up Next Funnyman facts