How best to celebrate "Good Morning America" co-anchor Robin Roberts' 60th birthday on Nov. 23, 2020? With a look at her long-running career in photos! Join Wonderwall.com as we take a look back at the TV journalist's career milestones. Keep reading for more…

Robin Roberts — a standout college athlete who made a name for herself on the women's basketball team at Southeastern Louisiana University, ending her career as her school's third all-time leading scorer and rebounder — landed her first on-air job the same year she graduated with a communications degree, 1983, as a reporter and sports anchor for Hattiesburg, Mississippi's WDAM-TV. Her sister, Sally-Ann, worked in the station's weather department. "The first time I remember seeing a Black person on TV doing the news [it] was my sister," Robin (pictured here in New York City in the '90s) told ABC News. "That's the first person I saw, [living] in Mississippi in the 1970s when I was a kid."

After a year with WDAM-TV, Robin Roberts moved to WLOX-TV in Biloxi, Mississippi, in 1984. Two years later, she continued to rise through the ranks in broadcast journalism: In 1986, RObin (seen here at the Sports Ball benefit dinner in New York City in April 1996) became a reporter and sports anchor for WAGA-TV in Atlanta.

A major milestone! In February 1990, Robin Roberts — pictured here with reporter Mimi Griffin ahead of a women's basketball game at the University of Connecticut in 1995 — became a sportscaster for ESPN. She remained at the network — where she was known for the catchphrase "Go on with your bad self!" on "SportsCenter," which she anchored for many years — until 2005. "I remember when ESPN came on the air, and I was like, 'I'm going to work for ESPN one day,'" Robin, who was the network's first on-air Black anchorwoman, said as reported by the Sports Broadcasting Hall of Fame. "People were, like, 'First of all, no, because you're a woman, and second of all, it's not going to be around that long."

In 1995, while still working for ESPN, Robin Roberts began working at ABC News too as a featured reporter on "Good Morning America." She's seen here watching the 2000 NCAA Division I Women's Basketball Tournament in March 2000. The following year in 1996, she became the first Black female host of the Emmy Award-winning anthology program "ABC's Wide World of Sports," a position she held from 1996 to 1998.

In 2001, Robin Roberts received the Mel Greenberg Media Award, which was presented by the Women's Basketball Coaches Association to a member of the media who "has best displayed a commitment to women's basketball and to advancing the role of the media in promoting the women's game." Robin is seen here speaking on stage during a Women's Sports Foundation event that same year.

In 2005, Robert Roberts became a co-anchor on ABC's "Good Morning America." Robin — seen here during the "GMA" summer concert series that same year — has co-anchored the television program ever since and earned three Primetime Emmy Awards for her work on the show.

In June 2007, Robin Roberts won her first Daytime Emmy Award when "Good Morning America" took home the prize for excellence in morning programming, tying with the "Today" show. In 2019, she and her colleagues were nominated for another Daytime Emmy, this time for outstanding morning program. In 2010, she and her colleagues won a News and Documentary Emmy Award for outstanding live coverage of a current long-form news story for ABC's broadcast of the 2009 presidential inauguration.

In December 2009, Robin Roberts gained a new co-anchor — George Stephanopoulos — following Diane Sawyer's departure. It proved to be a successful pairing, as with the powerhouse duo in place, "Good Morning America" reclaimed its spot at the top of the ratings. By April 2012, it had become the No. 1 morning show, beating out NBC's "Today," which had held the top spot for the last 16 years. Robin and George are seen here at an event in 2014.

In May 2010, Robin Roberts drove the pace car for the 94th Annual Indianapolis 500. She made history as only the second woman to cruise in the iconic vehicle (the first was musician John Mellencamp's then-wife, model Elaine Irwin, who drove the pace car back in 2001).

In May 2013, Robin Roberts was honored at the Peabody Awards in New York City. The ABC News segment "Robin's Journey" — which chronicled the anchor's battle with myelodysplastic syndrome, a rare bone marrow and blood disease — won an award that evening. During her acceptance speech, Robin told the audience that it was "eight months to the day since my [bone marrow] transplant. So technically I'm eight months old today." But this wasn't her first medical battle. In 2007, she was diagnosed with breast cancer. After undergoing surgery that same year, she went into remission after being treated with chemotherapy and radiation.

In 2014, Robin Roberts was named as Glamour magazine's woman of the year. She was praised and honored for having overcome her battle with myelodysplastic syndrome with grace and inspired others on her journey. When asked by the publication to share any words of wisdom she believed in, she quoted her mother, who said, "Make your mess your message."

In 2015, Robin Roberts (seen here an an event in February that same year) became the basketball team Harlem Globetrotter's 10th honorary member for her "extraordinary character and achievement" that has "made an everlasting mark on the world." Previous honoraries include Pope Francis, Dr. Henry Kissinger, Bob Hope and Nelson Mandela. "It is our privilege to present Robin Roberts with this honor," said Globetrotters CEO Kurt Schneider. "She used her platform as a journalist to selflessly make her personal health battle public in order to raise awareness of the need for bone marrow donors, and by doing so, she potentially helped save lives. Robin fully embodies the ambassadorial spirit the Globetrotters have exuded for 90 years."

2016 marked the year in which Robin Roberts (seen here at the Broadcasting & Cable Hall of Fame Awards in 2014) was inducted into the Sports Broadcasting Hall of Fame. "Robin is a national treasure, and working with her was a career highlight for me," said Bob Ley, Robin's ESPN's "SportsCenter" co-host in the '90s. "Her skill and poise, her class, her values: They're all self-evident. And then there's her sense of responsibility to those who look up to her. That's a large part of who she is."

In 2018, Robin Roberts (seen here at a movie premiere in March the same year) added another prize to her growing list of accolades: a lifetime achievement award from the Radio Television Digital News Foundation.

In May 2018, Robin Roberts served as the co-anchor for ABC's coverage of Prince Harry and Meghan Markle's royal wedding. "A moment and memory that I will cherish," wrote Robin on Twitter following the ceremony, which took place at St. George's Chapel at Windsor Castle in England. "Appreciate all who watched and hope we made you feel that you were here. Grateful to everyone I had the privilege to work with today… especially our incredible, talented crew behind the scenes… thank you!" Robin's seen here with Prince Harry and then-first lady Michelle Obama ahead of the opening ceremony of the Invictus Games in 2016.

She's also a producer! In January 2020, the TV film "Stolen By My Mother: The Kamiyah Mobley Story" starring Niecy Nash hit Lifetime. Robin (seen here at its New York City premiere the same month) served as its executive producer through her Rock'n Robin Productions company; she further executive produced an accompanying documentary, "Beyond the Headlines: The Kamiyah Mobley Story with Robin Roberts." The same year, Robin also produced "Shark Attack: The Paige Winter Story" for ABC through her company. 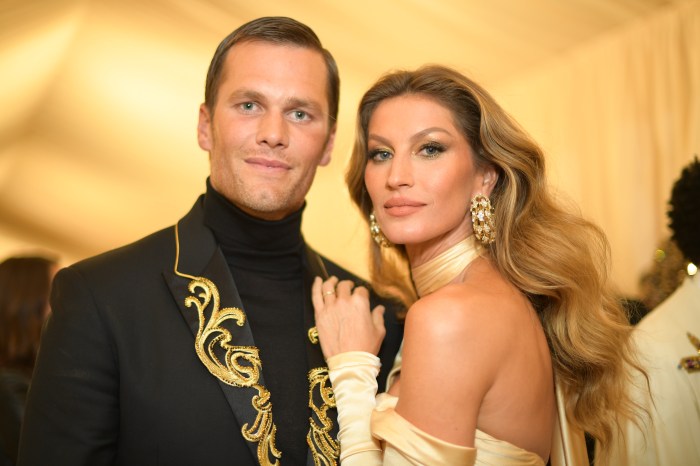