Gregg Leakes, the husband of "The Real Housewives of Atlanta" alum NeNe Leakes, passed away on Sept. 1 following a long battle with colon cancer. He was 66. NeNe had recently hinted that Gregg was in his last days when she told a crowd at her Atlanta lounge that he was "dying" and "transitioning to the other side." After the family officially announced the news this week, many Bravo personalities and major stars flooded NeNe with support. Nicki Minaj was "broken hearted" and said Gregg was a "loving, funny, dynamic person to be around." Kim Zolciak-Biermann said he was "always the voice of reason."

RELATED: Stars react to the death of Gregg Leakes

Is Scott Disick's jealousy showing? It seems so. On Aug. 30, the reality TV star allegedly sent a shady private message about ex Kourtney Kardashian to Younes Bendjima, who dated Kourtney from 2016 to 2018. In the Instagram DM, Scott included an image of their mutual ex straddling beau Travis Barker on a boat. "Yo is this chick ok!??? Broo like what is this. In the middle of Italy," he wrote to Younes. Interestingly, Scott must have felt he had a brother in arms in Younes, despite the two never getting along (mainly because Scott was bitter). Rather than ignoring the DM, Younes replied, "Doesn't matter to me as long as she's happy." He then added the coup de grace: "PS: i aint your bro." To makes matter worse for Scott, the male model then took a screenshot of the exchange and posted it to social media. "Keep the same energy you had about me publicly, privately," he said. With the ex-exchange going viral, Travis seemed to respond on his own Instagram Story, posting an oft-used photo of Ray Liotta laughing hysterically during one of his "Goodfellas" scenes. Us Weekly reported that Kourtney and Scott's relationship is "more strained than ever."

The wait is over. After several delays and multiple listening parties in football stadiums, Kanye West's 10th studio album, "Donda," was officially released on Aug. 29. As expected, the album crushed its musical competition, hitting No. 1 on Apple Music in 130 countries. However, its debut wasn't without drama. Prior to the release, there was an issue with DaBaby's verse on the song "Jail 2." Ye — as he may soon be known — refused to release the album without DaBaby. The scuttlebutt was soon cleared. Then, a few hours after "Donda" came out, Kanye claimed his record label released it without his permission. "Universal put my album out without my approval and they blocked Jail 2 from being on the album," he wrote on Instagram. ("Jail 2" is included on both Apple and Spotify versions.) As all this was happening, rumors persisted that Kanye and ex Kim Kardashian were considering a reconciliation. However, several reputable media outlets claimed otherwise… and after Kanye appeared to hint in some of his song lyrics that he cheated on Kim, a reconciliation seems harder to imagine.

Christy Carlson Romano was just 16 when she became a millionaire several times over. Between her acting career on the Disney Channel's "Even Stevens," a book deal and a record deal, she was making "millions of dollars," she recently revealed. Now, 21 years later, it's all gone. In a YouTube video, the child star touched on how she blew through all her cash, pinning some of the blame on those close to her. "My biggest thing about child actors, you aren't told that the work is going to slow down," she said. "In fact, I was told the opposite, specifically by my mom, some of my team, even my money manager at the time." Initially, Christy put some money toward college, but she dropped out less than two years later. "Then I had this money at my disposal," she said. "I was never told how much money I was making. Money didn't have a purpose for me, I didn't really know what it was. I just knew that I had it and didn't care about it. That's a problem." When she went broke, she started taking roles she didn't want because she needed cash. "Basically, I did a n*** scene," she recalled. "I had never thought in a million years that I would ever do something like this. I was America's sweetheart, morally sound in my mind. I believed in the Disney magic, I still do. And then I felt so exploited and marked and horrible."

Hollywood lost a legend this week. On Aug. 29, Ed Asner, the acclaimed character actor who starred on "The Mary Tyler Moore Show" and "Lou Grant," passed away at 91. "We are sorry to say that our beloved patriarch passed away this morning peacefully," his family said in a statement. "Words cannot express the sadness we feel. With a kiss on your head- Goodnight dad. We love you." With a list of acting credits spanning eight decades, Ed's credentials are almost second to none: He's the most awarded male performer in Emmys history with seven trophies, and he earned five Golden Globes. The beloved actor was also a dedicated philanthropist and women's rights activist. While many knew him for his iconic sitcom roles, younger audiences loved him for his work in "Up," "Elf" and "Cobra Kai."

Famed podcaster Joe Rogan contracted COVID -19 and treated himself with a livestock dewormer drug — one the FDA has warned against. In an Instagram video shared on Sept. 1, the former "Fear Factor" host said he felt sick after being out on the road in Florida and tested positive for COVID-19. Joe, who has railed against vaccine mandates and, to an extent, the vaccine itself, said he "threw the kitchen sink" at the virus, rattling off a laundry list of medications he tried, including Ivermectin. NBC News notes that Ivermectin is not an anti-viral drug and is generally used to treat or prevent parasites in animals such as horses. For the past month, the Internet has been overrun with theories that Ivermectin can cure COVID, but it has been widely discredited by medical professionals and scientists. Joe thanked "modern medicine" for helping him feel better.

Kaley Cuoco's second marriage is over. On Sept. 3, People magazine published a joint statement from the actress and her husband, equestrian Karl Cook, announcing that they're going their separate ways after three years of marriage. "Despite a deep love and respect for one another, we have realized that our current paths have taken us in opposite directions," they said. "We have both shared so much of our journey publicly so while we would prefer to keep this aspect of our personal life private, we wanted to be forthcoming in our truth together. There is no anger or animosity, quite the contrary. We have made this decision together through an immense amount of respect and consideration for one another and request that you do the same in understanding that we will not be sharing any additional details or commenting further." The couple's romance had baffled fans: They tied the knot in 2018 but didn't begin living with each other full-time until nearly two years after they wed.

Duane Chapman has married for the sixth time. On Sept. 2, Dog The Bounty Hunter tied the knot with Francie Frane in Colorado Springs, Colorado. The wedding was not a surprise, as the "Dog's Most Wanted" star had previously revealed the date on a podcast. While many friends and family members were on hand, two notable faces were missing: his daughters Cecily and Bonnie Chapman, who were not invited. The women believe they were left off the guest list because of their support of the Black Lives Matter movement. Earlier in the week, Dog denied that was the reason, claiming he supports BLM. He even said he had a "pass" to use the N-word … which didn't go over well.

The shakeups at "Jeopardy!" keep coming. On Aug. 31, Sony announced that Mike Richards was out as executive producer of "Jeopardy!" and "Wheel of Fortune." The stunning news came just a week after Mike stepped down as the new "Jeopardy!" host… which came just nine days after he was named as the new host of the syndicated quiz show. The controversy surrounding Mike mainly stems from offensive language he's used in the past about women. "We had hoped that when Mike stepped down from the host position at 'Jeopardy!' it would have minimized the disruption and internal difficulties we have all experienced these last few weeks," a statement said. "That clearly has not happened."

"The Talk" has lost its third co-host in seven months. On Aug. 31, show producers confirmed that Elaine Welteroth was leaving after just one season. The move comes after Sharon Osbourne was ousted earlier this year after a heated conversation about race. Carrie Ann Inaba parted way with the show just two weeks ago. Page Six reported that Sharon's exit was a factor in Elaine's decision. After the dustup in March, Elaine consoled Sharon, and the moment was caught on audio tape. Sharon's team was accused of taping it and leaking it. "There was a lot of tension, particularly when Osbourne['s camp allegedly] leaked a tape of Elaine comforting her after the incident. People thought [Elaine] was playing both sides of the fence, and there was a [general] consensus that she threw CBS under the bus," the source said. Elaine later told "Entertainment Tonight" that her kindness toward Sharon in that moment was "taken out of context and weaponized." In the wake of Elaine's departure, the show announced the addition of a new host, former NFL player Akbar Gbajabiamila. He'll make his debut alongside co-hosts Sheryl Underwood, Amanda Kloots and Jerry-O'Connell when season 12 of the CBS daytime talk show premieres on Sept. 13. 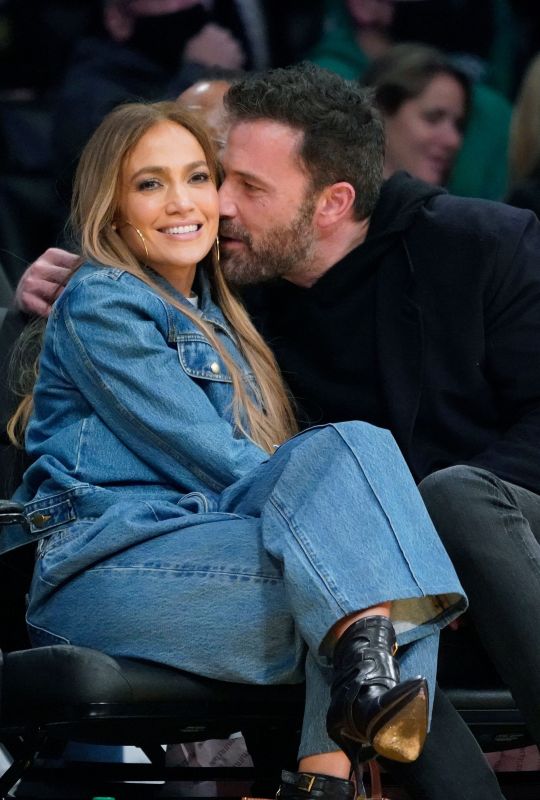 Up Next Best of Bennifer