Armie Hammer's believed to be leaning on a very famous friend after sex abuse scandals, rehab

As Armie Hammer works to get back on his feet after a scandal involving allegations of sexual and emotional abuse, he's reportedly getting some help from a Hollywood peer. Citing "a source close to" Armie, Vanity Fair reported this week that Robert Downey Jr. paid for the actor's nearly six-month stay at The Guest House, a rehab center in Florida. While reporting on the abuse Armie was accused of last year, "multiple people … alluded to unresolved trauma … as well as ongoing substance abuse" issues in the star's life, the outlet noted. Robert, who is sober but struggled with addiction for years, has also reportedly been helping Armie's ex, Elizabeth Chambers, and the former couple's kids by letting them stay at his place in the wake of media buzz around a claim Armie's working as a timeshare sales person in the Cayman Islands. The "Iron Man" star is also "providing financial assistance" to Armie until he's in a better place to resume supporting himself, according to Vanity Fair's source. "Everyone looks at Armie thinking that he's had some sort of privileged life — and that must mean there were no problems in his youth and everything was peachy keen. But that's not necessarily the way things go," a friend of Armie's told the outlet. "Just because you come from an upbringing where financial resources are plentiful doesn't mean life isn't without problems." Reps for Armie and Robert had not commented on the report as of Friday, July 15.

RELATED: More stars who are sober or don't drink

Now that Lizzo's gone Instagram official with her boyfriend, Myke Wright, the singer's starting to share more details about her relationship. In an appearance on the Friday, July 15 edition of "The Breakfast Club," Lizzo, whose real name is Melissa, explained how she surrounds herself with folks who don't seem to care about her celebrity status. "I have the most genuine people around me," she explained. "They don't give a s*** about 'Lizzo' with the chain on. They care about 'Melissa,' and everyone I'm close with has known me before all of this happened and I think that's important. Even the man I'm with, he knew me before all of this too. We were friends," she continued. "It hit different when they knew you before 2019." Lizzo also explained why she previously said her new love had "saved" her life, telling the hosts the phrase doesn't have to be literal. "Saving your life can also mean, your life was headed in one direction and now it's going in this direction which is a much better healthier, safer, happier place because of love," she said. "I think I was going towards a really lonely, anxious place in my life, especially after becoming a celebrity." While she sounds serious about Myke, however, the singer also admitted she's not into traditional relationships. "It's like, monogamy, I think, to me, is a little claustrophobic. I think because there's the rules," she said. "I think a love relationship — that's not monogamous has no rules," she added.

On Wednesday, July 13, Khloe Kardashian's rep confirmed to People that she's preparing to welcome her second child with Tristan Thompson via surrogate. But according to an E! News source, the Hulu star had hoped for a little more time before sharing the baby news. "Khloe kept the pregnancy a secret to protect surrogate privacy and safety and to protect her mental health from judgement from the public as a result of Tristan's actions," a source told the outlet in a report published Thursday. Those "actions" are presumably the affair that sparked a woman to file a paternity suit against the NBA player last year. The filing eventually alerted Khloe to the fact Tristan had cheated again, this time fathering a child with Maralee Nichols in March 2021. Though Khloe and Tristan had split by the time she found out about Maralee, they were very much together that March. Despite the drama, Khloe and Tristan continue to co-parent their daughter, True, and are expected to do the same when their second child arrives. (The baby was reportedly conceived in November of last year.) "Khloe is incredibly grateful to the extraordinary surrogate for such a beautiful blessing," the star's rep said in a statement confirming the baby news. "We'd like to ask for kindness and privacy so that Khloe can focus on her family." According to E!'s source, Khloe and her rep put the statement out "even before she had the opportunity to personally tell her closest family and friends." Khloe and Tristan are expecting a boy, Page Six reported on Thursday.

RELATED: First child on the way for 'Dancing With the Stars' couple, plus more celebs expecting babies in 2022

Nothing to see here! Noah Schnapp is clearly ready to move on from chatter about his social media mishap with Doja Cat. In a new interview with Variety, the 17-year-old "Stranger Things" star is asked about a TikTok he shared earlier this week saying he and the singer are on good terms and he apologized for sharing her private DMs in which she asked for help getting set up with one of Noah's Netflix castmates. "Yeah, I mean, look, I'm super unserious on social media and pretty goofy, so I posted that not thinking too much of it, but obviously it hurt her feelings. So, as I should, I apologized and she was totally OK with it, and was like, 'I'm sorry how I reacted,'" Noah told Variety in a Q&A published Thursday, July 14. "It was all good. I love her. I'm like the biggest fan of her music, and I told her that. I was like, you're literally my role model. It's all good," he continued. "People make such a big deal out of everything when it's on the internet, but, like, in reality, it's like a two minute thing." Noah also opened up to the outlet about his character, Will Byers, confirming — AND THERE ARE SPOILERS AHEAD — the teen's sexuality for the first time. As many fans suspected (if not assumed), Will is gay. "Obviously, it was hinted at in Season 1: It was always kind of there, but you never really knew, is it just him growing up slower than his friends?" Noah explained. "Now that he's gotten older, they made it a very real, obvious thing. Now it's 100% clear that he is gay and he does love Mike. But before, it was a slow arc."

After teasing that he's expecting more than one child this year, Nick Cannon, whose baby-to-be with model Bre Tiesi will be his eighth, has pretty much confirmed three more are on the way. During a segment for Entertainment Tonight that aired Thursday, July 14, Nischelle Turner asked Nick how many more kids he's expecting this year. "That would take all the fun out of it if I just gave you a number right now," he teased. After some banter, Nischelle asked how her odds might be if she went with three. "You would be close," he said. "You would be safe to bet on three [more children] in 2022." As of this week, Nick shares seven children with four women, including his ex-wife Mariah Carey. And despite a recent Instagram post featuring what appeared to be engagement photos, Nick's not planning any trips down the aisle right now — he confirmed to ET that the photos were promos for his new music video for "Eyes Closed."

Drake is in Sweden this week, but he was not arrested in Stockholm, despite reports to the contrary. That's according to reps from the rapper's team, who tell The Hollywood Reporter the Canadian star was safe and sound in his hotel on Thursday, July 14, when rumors he'd been arrested at a nightclub hit social media via the Swedish culture site DOPEST. By Thursday night, "Free Drake" was trending on Twitter. The rapper's rep also confirmed to E! News he "hasn't been arrested or or charged with anything." Per THR, Drake arrived at Arlanda airport on Wednesday in his private Boeing 767. Since then, he's reportedly checked out Stockholm's Ostermalm district and been spotted at the restaurant, Ciccio's. Earlier this week, the star announced a Young Money reunion featuring Nicki Minaj and Lil Wayne will be part of his upcoming October World Weekend festival in Toronto at the end of July. Lil Baby and Chris Brown are also set to appear.

In a major win for Britney Spears, Judge Brenda Penny ruled this week that her father, Jamie Spears must comply with requests for a deposition and pony up all the documents his daughter's attorneys have asked for. Specifically, Jamie must be deposed in the next 30 days, the judge said, according to People. The documents in question primarily refer to the security team Jamie hired while serving as his daughter's conservator, a move that suggests the judge will look more closely at allegations he spied on his daughter by monitoring her cell phone and bugging her bedroom. In a statement issued after the hearing, Britney's lawyer Mathew Rosengart called the day "another victory." "The day of reckoning for Mr. Spears has come, at least at this stage, in terms of the court ordering him to appear for his deposition," he said. Mathew has been investigating what he alleges was Jamie's misuse of Britney's estate assets during her controversial 13-year-long conservatorship. The legal arrangement was terminated last year. 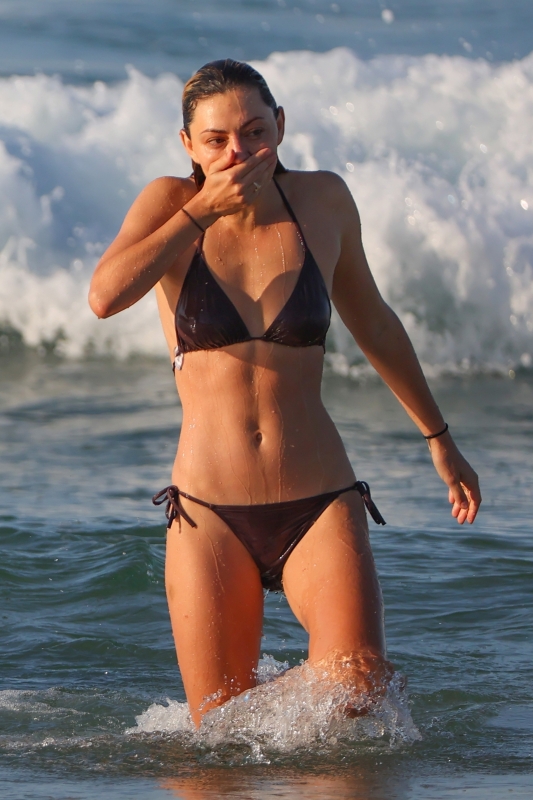