Amid rumors Wendy William's husband Kevin Hunter is leading "a secret double life" with his alleged mistress, the TV host is defending her marriage. The Daily Mail recently reported Kevin has been splitting his time with Wendy and a woman named Sharina Hudson, who he's reportedly been seen with repeatedly. Wendy's husband denied the claims to E! News, saying Sharina is "a friend" and "one plus one does not equal three." On Tuesday, Sept. 26, Wendy addressed the situation herself on her show. "It's weird doing Hot Topics and being a hot topic," she said. "It's some sort of weird story going around the Internet regarding my husband." She dismissed the whole thing, telling her audience, "You can believe what you want, but …," and holding her hand in the air to show off her wedding ring. "I stand by my guy," she said. "We commuted this morning. All is well in Hunterville. Don't believe the hype and if there was hype, believe me you — I would let you know."

Startin' 'em young! Blue Ivy Carter's joined her famous mom and dad at plenty of fun nights out on the town, from the NBA All-Star Game in New Orleans to the 2017 Grammy Awards, where she proved there's no minimum age for fashion in a pink, Prince-inspired tux. Over the weekend, the 5-year-old enjoyed another cool outing with Beyonce and JAY-Z — a trip to see Bruno Mars perform live at Madison Square Garden in New York City. According the New York Post, the family — minus twins Sir and Rumi — watched the performance from the soundboard. "They seemed to be enjoying the show," an onlooker told the tab. "Beyoncé danced while Jay cuddled with Blue Ivy." After Bruno was finished, Bey, Jay and Blue reportedly went to see him backstage. Way to make us jealous again, kid.

A somewhat delirious Andy Samberg checked in with Us Weekly recently about his new role as a dad and, not surprisingly, there isn't a lot of rest happening yet. "[I'm] sleeping a little bit," said Andy, whose rep confirmed he and Joanna Newsom had quietly welcomed their first child earlier this year. "She's not crying all the time. That's nice," he said. "I feel like everyone gets peed on," he added before finding another positive aspect of parenting an infant — "I don't have a crazy one." Alas, we aren't getting much more in the way of detail about the couple's daughter. Said Andy: "I'm too sleepy for remembering memories."

An alleged Taylor Swift stalker who was expected to appear in court this week had his hearing pushed back after a judge deemed him "mentally unfit to stand trial," according to TMZ. Mohammad Jafar will instead remain in custody and under the care of mental health professionals until further notice. The website reports the man's harassment had ranged from creepy tweets dating back to 2014. More recently, he was found at Taylor's building in New York City, where he was reportedly spotted walking in the halls and hanging around on the roof. He has also reportedly called her repeatedly and sent her poetry. He was arraigned on a stalking charge in March.

Kathy Griffin has been granted a restraining order against her neighbor Jeffrey Mezger, according to TMZ. Earlier this month, Jeffrey was recorded screaming at Kathy's boyfriend Randy Bick in a tirade about both Randy and Kathy that's so full of profanity it's basically unprintable. In court documents, Kathy said she's concerned Jeffrey could become violent now that he knows she asked for the court for help. In addition to the latest blow-up, the comedian claims her neighbor has thrown garbage in her lawn and played loud music intentionally in the direction of her home.

Kim Kardashian one year after robbery: 'My whole world is my kids'

For Kim Kardashian West, fall used to mean Paris Fashion Week. Now? Not so much. It's been nearly a year since Kim was robbed at gunpoint in Paris and while she's changed her life in some ways that she hopes will safeguard her security, her perspective has changed, too. "I definitely get a lot more anxiety now, just people knowing your every move," she tells T Singapore (via Us Weekly). "When you realize you can put a message out there and there's so many people listening, you look at life differently," she continues. "My whole world is my kids, it's all I care about. From literally every last thing that they do, to what they wear, to all their activities. I love being their mom. I definitely don't hang out with my friends as much just because I have to be with my kids." High among the security measures Kim has altered is a careful approach to what she posts on social media. "It's funny — so much can go on at home but if you don't post about it, people think it never happened," she muses. "So they'll say, 'She hasn't posted with her sisters, she must be in a huge fight.' But it's not what consumes me anymore, like how it used to …" Both Kim and Kendall Jenner plan to skip Paris Fashion Week this year.

Even with three kids still at home, Victoria Beckham is dealing with a case of empty nest syndrome in the wake of her son Brooklyn Beckham's departure to study photography at Parsons School of Design in New York City. "I'm still crying," she admitted to Pixiewoo recently. "Brooklyn's moved to New York, he's 18, and I haven't stopped crying," she said, adding, "I miss him so much, so much." Brooklyn, meanwhile, may have more than college on his mind. His recent Instagram post shouting out how much he misses "his girl" — sparked a new wave of rumors he and Chloe Grace Moretz have gotten back together.

Marc Anthony to Donald Trump: 'Shut up about the NFL … do something about Puerto Rico'

As the situation continues to get more grim in Puerto Rico in the wake of the devastation caused by Hurricane Maria, more celebs are speaking out on social media about Donald Trump's apparent priorities, which over the weekend seemed focused on profanity-laced tweets suggesting NFL players should be fired for peacefully protesting during the National Anthem. Meanwhile, Puerto Rico, a U.S. territory, remains without electricity, without running water, without adequate food and medical supplies and, in most cases, without access to evacuation options thanks to a largely dark and unstaffed airport. Marc Anthony, who is working with his ex Jennifer Lopez and her boyfriend Alex Rodriguez to raise money for relief efforts, posted an infuriated message on Twitter and Instagram on Monday, Sept. 25, demanding that the president get pro-active about Puerto Rico immediately. "Mr. President shut the f— up about NFL," he wrote. "Do something about our people in need in #PuertoRico. We are American citizens too." The president has tweeted about Puerto Rico — by discussing its debt and infrastructure issues. He has yet to unveil an aid package for the struggling island.

Are the producers of "American idol" fighting behind the scenes about diversity — or lack thereof — on the rebooted show? TMZ reports ABC and the company Fremantle are having trouble getting on the same page about the third judge. Katy Perry was the first judge confirmed and this week, multiple outlets reported country singer Charlie Puth would sign a deal in the near future. According to TMZ, the network is determined the third judge must reflect some kind of diversity but Fremantle hasn't been too excited about what it would cost to hire Lionel Richie, ABC's rumored top pick. Fremantle is reportedly the one pulling for Charlie in the negotiations.

Brie Larson thought she wasn't 'pretty enough' to be a star

It's hard to believe an actress without four feature films due out this year and a pair of Captain Marvel roles lined up after that has questioned her future in Hollywood. But as Brie Larson explains in Porter magazine's new cover story, there was a time when she wondered whether she'd ever succeed in her career. "I just didn't feel confident in myself, I didn't feel pretty enough," the Oscar winner says (via the Daily Mail). "I thought I'd be a supporting character my whole life and I was struggling with the idea of being the star," she added. That's not all she's struggled with over the course of her career. Like other actresses, Brie has dealt with sexism at work firsthand. "I've been on sets where I didn't feel safe, I've felt objectified," she recalls. "But as I'm getting older I'm realizing that I can value myself, I'm allowed to." 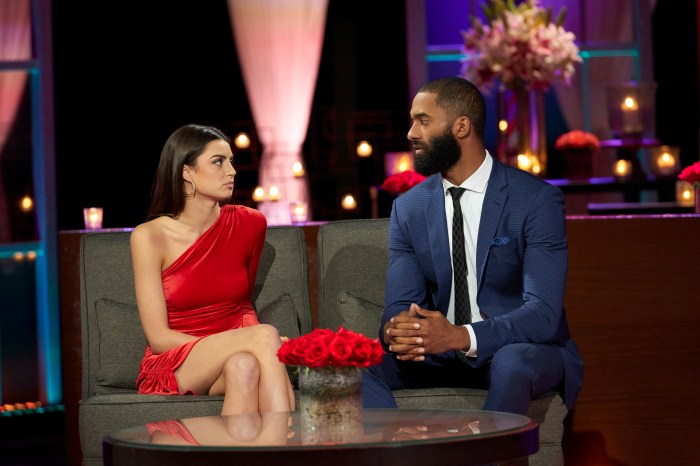 Up Next Must-See Reality TV