Some celebrities aren't into their media-ascribed portmanteaus, but Jennifer Lopez and Alex Rodriguez saw "J-Rod" coming long ago. "It's fine," J.Lo said of the nickname she and her new man A-Rod share. "We kind of thought that would happen … because people who knew us were already [saying] it. So, you guys, it's not like you were original or anything," she quipped to ET at the Billboard Latin Music Awards on Thursday, April 27. The singer performed her new single "Mirate" at the show. "He loves it," she said when asked how Alex feels about her new tune. "I'm so excited, you know, every time I finish something, I bring it home and I want him to hear it. He's so supportive."

RELATED: Fashion hits and misses from the 2017 Latin Billboard Awards

Is Kim Kardashian West's Internet-breaking era finally over? More than 100,000 former fans of the reality star have unfollowed her on social media, according to the Daily Mail. The "dislikes" come on the heels of unedited photos showing Kim in a thong bikini on a beach in Mexico while vacationing with friends. Unlike most pics the world see of Kim and her bod, the new series makes it clear she has the same cellulite and other issues most women have. More importantly, the pics prove she's had most of her more revealing photos edited to make her look better. "Your body is completely fake," one user griped. "Absolutely unbelievable," wrote another. "Wake up and face reality. Photoshop is your best friend @KimKardashian." A third defended her, tweeting, "a person with two kids has cellulite? shocking!" If the criticism is getting to Kim, she's not showing it, On Wednesday, April 26, she tweeted, "Oh and as for me you ask? …I'm just sitting here on the beach with my flawless body."

Ouch! Gwen Stefani was forced to cancel an appearance at the Power of Love gala in Las Vegas this week after she ruptured an eardrum. The Daily Mail reports she sent the event organizers a video in which she expresses her gratitude for the work being done by the Keep the Memory Alive Foundation, the brain disorders charity the gala supports. "I am so sorry that I cannot attend tonight, but I wanted to send a message of congratulations to Andre Agassi and my very dear friend Ronald Pearlman," she said of the event's honorees. "I cannot think of anyone more deserving for such a special award. Tonight's gala supports all the work being done at the Cleveland Clinic and Lou Ruvo Center for Brain Health, which is an amazing organization. Thank you so much for being part of this evening's wonderful cause."

Beyonce and Jay Z can't find an L.A. home in their budget

What will $80 million get you in the housing department in Los Angeles? Apparently, nothing good enough for Beyonce and Jay Z. Although the couple reportedly put in an offer for $120 million for a home in the Bel Air section of the city recently, TMZ reports they're not buying that house. It seems the expectant parents are trying to stick to paying $80 million or less.

"Saturday Night Live" star Aidy Bryant is engaged — via the most awkward and adorable proposal ever. On "Late Night With Seth Meyers" this week, Aidy explained that her boyfriend of nine years, Connor O'Malley, surprised her with the ring when she was coming home from a rehearsal . "I had my purse and our mail and all these boxes, and I walked to our door and our dog had a bow tie on," she recalled (via Us Weekly). "I was like, 'My dog doesn't wear a bow tie! Where is he going tonight?' Basically, the second I shut the door, a man — who I discovered was Conner — frantically came around the corner and was just like, 'Will you marry me?!' No box. No 'I love you.' Just a man in full terror standing very far from a dog in a bow tie, just holding a loose ring going, 'Will you marry me?!' I was like, 'What?!' I truly couldn't comprehend what was happening, and I kept saying, 'Is this a joke? Are you doing a joke?' And then I said, 'Of course I'll marry you. I love you.' And it was really nice." As she later explained, the oddball approach wasn't completely out of the blue. "He was like, 'Well, you always said that you wanted it to happen in our house if it ever happened,'" Aidy said. "I was like, 'That's true; I wanted it to be private.' He was like, 'But I also knew you probably wanted to be wearing a bra and have makeup on, so I knew I had to do it after you just got home from work — otherwise it would never be another moment.'" Congrats!

Joe Scarborough and Mika Brzezinski are reportedly on vacation together

Are Joe Scarborough and Mika Brzezinski on a makeup-vacation? After Joe called his rumored on-off girlfriend "snotty" on the air — he later apologized with a public tweet — the pair are reportedly taking some time to go out of town together. "It's unusual for them to take off at the same time. Usually one stays behind on the show. It's also a busy news time, as Trump reaches 100 days," an insider tells the New York Post. Another source confirmed the MSNBC personalities are "on vacation together" noting that "it's not a business trip."

Sorry, folks, nothing to see here. According to RadarOnline, Charlie Sheen's plane was ordered to stop for a drug inspection while he was flying from Mexico back to the U.S. this week. "Charlie was on his private plane coming back from Cabo San Lucas, where he'd been on a bender, and had to stop in San Diego for inspection," the website quoted a source as saying (via the DailyMail). "[Officials] took all the bags off the plane, and had drug-sniffing dogs go through the plane and bags," the source continued. "A dog sniffed around one of the suitcases on the tarmac. The dog scratched on the case, and it was opened but it was a false alarm." Charlie reportedly moved to a retirement community called Rosarito in Baja, Mexico, last year.

A year after she first filed for divorce from T.I., Tiny Harris has filed a second time, according to JustJared. Tiny's first attempt to end her relationship with her husband of seven years never went through because T.I. wasn't served with divorce papers. The pair recently announced they'd welcomed a daughter, Heriess. 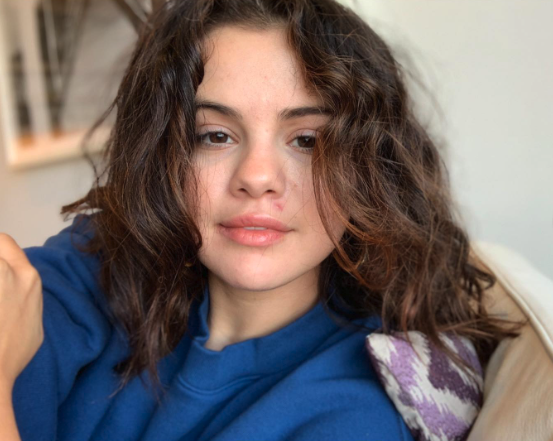