OZ wants D.C. Dr. Mehmet Oz, better known as the star of TV's "Dr. Oz," announced on Nov. 30 that he's running for Senate in Pennsylvania as a Republican. "During the pandemic, I learned that when you mix politics and medicine, you get politics instead of solutions. That's why I am running for the U.S. Senate: to help fix the problems and to help us heal," he wrote in an op-ed published in the conservative Washington Examiner. "Pennsylvania needs a conservative who will put America first." He'll have some stiff competition in his quest to get the Republican nomination. Due to equal time rules, the Senate run has already affected airings of his show, as TV stations in Philadelphia, New York City and Cleveland pulled his "Dr. Oz" from the airwaves.

RELATED: Celebs who married in 2021

Alec Baldwin didn't pull the trigger on the gun that fired a fatal bullet at director of photography Halyna Hutchins on the set of "Rust," he claimed this week. In an interview with George Stephanopoulos that aired on ABC on Dec. 2, the actor said, "The trigger wasn't pulled. I didn't pull the trigger." He added, "I would never point a gun at anyone and then pull the trigger, never." He claimed the gun — which was not supposed to contain live ammo — discharged after he let go of the hammer while cocking the firearm while marking out a scene at her direction. Halyna was shot and killed on the movie set in October as Alec rehearsed with a Colt .45 revolver. During the interview, Alec was emotional, often fighting back tears. "Someone put a live bullet in the gun, a bullet that wasn't even supposed to be on the property," he said.

Jillian Michaels is off the market. The former "The Biggest Loser" trainer asked DeShanna Marie Minuto to be her wife after three years of dating, People magazine reported. Jillian popped the question on Nov. 27 with a 7-carat emerald-cut diamond ring flanked by two single-carat trapezoid diamonds from Mimi's H&H Jewels. "1153 days… here's to thousands more. She said 'yes,'" Jillian captioned an Instagram pic with her bride-to-be. In speaking to People, the fitness guru said, "DeShanna is 'all the things' — beautiful, smart, funny, creative, quirky, passionate … I could run down the list of adjectives. Those characteristics obviously attract you to someone. But it's the quality of their character that makes you think 'Thank God for this person laying next to me' every night when you fall asleep. It's easy to stay together when everything is going great, but when real life sets in and things get messy, challenging, scary, and even downright ugly — that's when the truth reveals itself. And this woman has revealed herself to be strong beyond measure, wise beyond her years, and loving beyond my wildest dreams. I am so grateful to officially call her mine."

Sandra Bullock calls her longtime boyfriend, photographer Bryan Randall, "the love of my life," but she has no plans to ever tied the knot. "We share two beautiful children — three children, his older daughter. It's the best thing ever. I don't wanna say do it like I do it, but I don't need a paper to be a devoted partner and devoted mother," she said on the Dec. 1 edition of "Red Table Talk." She called her beau of nearly seven years a "saint" and noted how "very patient" he is with her. Speaking of the early days of their relationship, the Oscar winner said, "I'm a bulldozer. My life was already on the track and here's this beautiful human being who doesn't want anything to do with my life, but, the right human being to be there." She continued, "He's the example that I would want my children to have. I don't always agree with him, he doesn't always agree with me. But he is an example even when I don't agree with him."

After a year together, Tiffany Haddish and Common are over. Multiple outlets confirmed on Nov. 29 that the duo split due to their schedules. "They are never in the same city together and both of them are just too busy for a serious relationship," a source told People magazine. The duo co-starred in a film that came out in 2019 but didn't get together until 2020.

Kathy Griffin shared some incredible news this week: After having a mass removed from her lung a few months ago, she's now cancer free. The comedian announced the news on "Jimmy Kimmel Live!" on Nov. 30. "I'm cancer free," she said. "I don't know why, I had a tumor, right? And I've never smoked, and it was in there for 10 years. So get this, they took it out and found it in another scan." The "My Life on the D-List" star noted that her vocal cords are still recovering, so her voice sounds different. "It will heal, but I'm sort of enjoying it," she said. "I'm a good two octaves higher, I think … it's higher than Mariah Carey." Kathy revealed in August 2021 that she had lung cancer and half of her lung was removed.

Former "Empire" star Jussie Smollett claimed in January 2019 that he was beat up on the streets of Chicago, alleging that his attackers, who he described as two white men, yelled anti-gay and racist remarks at him, put a noose around his neck and poured bleach on him. Prosecutors said the whole thing was staged and insist that the actor paid two men to assault him. Jussie was charged with six counts of felony disorderly conduct — prosecutors claim he fabricated a police report — and now the trial is underway. On Nov. 30, testimony began. A police officer said Jussie was "upset" a surveillance camera in the area didn't capture the alleged hate crime. On Dec. 1, one man, who is Black, testified that Jussie paid him and his brother to "beat him up." Abimbola Osundairo told the jury that Jussie was upset the network studio behind his show wasn't taking security seriously, so the actor recruited him to stage an attack. "[Jussie] talked about how the studio was not taking the hate mail seriously," Abimbola testified. "…Then he proceeded to tell me he wanted me to beat him up." He added, "I looked puzzled, and then he explained that he wanted me to fake beat him up. He told me that we would need another person to fake beat him up and he mentioned could my brother do it? I said yes." Abimbola's brother is expected to testify on behalf of the prosecution too.

Aaron Carter and fiancée Melanie Martin have split up just one week after welcoming a child, Prince Lyric. The singer insisted the split was needed because Melanie was talking to his family, a cardinal sin in his book. His family, he claims, is trying to put him under a conservatorship. "There has been a very big lie and my sister communicating w my ex fiancé ruined everything considering she knew what [my twin sister, Angel] tried to do to me in court thanks angel you ruined my family. God bless," he tweeted on Nov. 30. "I have the most conniving deceiving family and Melanie has been lying to me the whole time communicating with my twin sister and the family members who tried to put me in prison and who tried to get a conservatorship on me in court." Melanie, who's been off and on with Aaron for years, is allegedly planning to move to Las Vegas, and Aaron said she's taking their child. "I've never felt more devastated and betrayed and lied to in my entire life this is such a horrible situation considering prince doesn't deserve any of this and now it's my job to just be a single father and that's what's gonna happen," he added.

Eddie Mekka, who's best known for his role as Shirley's boyfriend, Carmine "The Big Ragu" Ragusa on the classic '70s-'80s sitcom "Laverne & Shirley," has passed away. The cause of death isn't known, but Eddie's brother told TMZ that the actor had recently been hospitalized for blood clots. Eddie's friend Pat Benti shared news of the death on Facebook, writing that the Tony Award nominee "passed away peacefully in his Newhall, California home on Saturday, November 27, 2021." In addition to his TV gig, Eddie appeared in projects including "Dreamgirls" and "A League of Their Own." 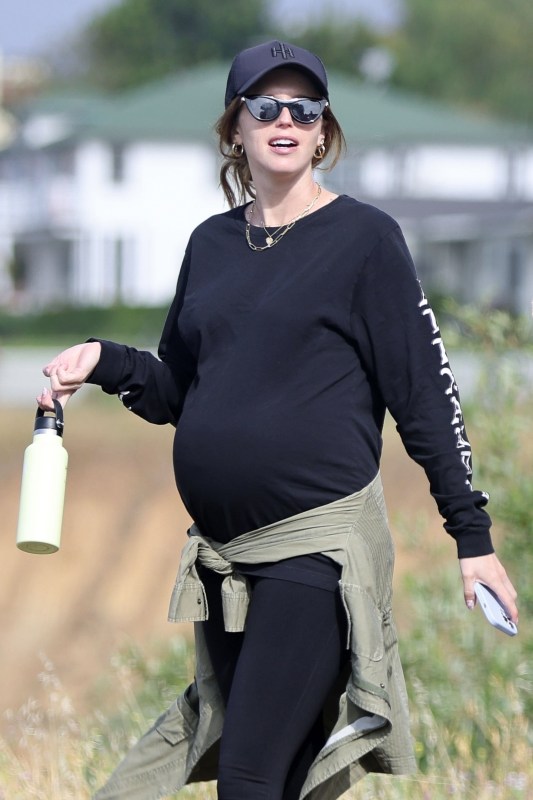