Is David Foster 'insisting on a pre-nup' with Katharine McPhee?

David Foster, 68, and 33-year-old Katharine McPhee have yet to confirm their PDA-filled and increasingly serious romance, but we're starting to get a picture of what their future together might look like — starting with their assets. David's net worth has been estimated around $30 million, a figure that's been in the news thanks to the music producer's high profile divorce from Yolanda Hadid. As Life & Style points out, Yolanda was his fourth wife, so he's likely to proceed with caution when it comes to his finances should he and Katharine wed. And while a source tells the tab "David's insisting on a prenup," adding that "he simply sees it as a necessary part of any marriage," a rep for Katharine assures the magazine she's the one who would want to ensure their money was sorted before they said "I do." "It's actually Katharine who would ask him to sign a prenup," said the rep of her client, who dealt with a costly divorce when she split from Nick Cokas. Says Life&Style's source: "If anyone should understand" David's prenup plan, "it's Katharine."

Kelly Clarkson is 'not above spanking' her kids

Once a Southern gal, always a Southern gal. That's the explanation Kelly Clarkson gave when she told a New York radio station last week that she knows spanking one's kids is controversial, but she feels sometimes it's the best way to get a message across to the kids she shares with Brandon Blackstock. "I'm not above a spanking, which people aren't necessarily into. And I don't mean like hitting her hard, I just mean a spanking," Kelly said, referring to her 3-year-old daughter River Rose, according to the New York Post. "My parents spanked me and I did fine in life and I feel fine about it." She added: "I'm from the South, y'all, so we get spankings. My mom would call the principal if I ever ended up in the principal's office and give permission for her to spank me … I'm a well-rounded individual with a lot of character, so I think it's fine."

The backlash against H&M continues this week after the brand ran a photo of an African-American child wearing a sweatshirt emblazoned with the words, "Coolest Monkey in the Jungle." H&M has since apologized for the racist implications of the image, promised to take the photo offline and assured the public the sweatshirt wouldn't be "for sale in the United States," without mentioning future plans for the sweatshirt and photo in other countries. The Weeknd was among the first celebs to publicly slam the brand for its offensive action. Now, Jesse Williams is weighing in. "Last year I chose to do a holiday campaign w/ @HM specifically because it centered women and girls as imaginative doers; because it centered an intelligent dark skinned girl w/ natural hair as protagonist; because it featured a loving, creative, working class black family," he wrote on Instagram. "And then, here they come with this bulls—. These offenses are more about the makeup of the rooms where they happen, than the items they produce. There is a concentration of power, committed to exclusion, whether casual, accidental or conscious." He went on to point out how tiresome it is to keep seeing egregious acts of ignorance like this. "The old world, white power, failing-upward clue of reckless trampling that repeated exposes itself, is boring already …" he wrote. "Aren't you bored watching mediocre, incurious & consequently destructive people waltz through your life, shepherded into positions of power, further choking off opportunity for the actually talented, curious & decent among us?" he asked. "It's a truly desperate and bizarre ritual we've become conditioned to. A ritual that WILL go the way of the confederate flag: A relic of a destructive, juvenile "civilization," disguised as harmless tradition. End relationships with your abusers. Make room for yourselves. #BuyBlack‬ #BuyResponsibly #Make." The Instagram post included a photo of the brand's all-white board of directors.

Teresa Giudice spotted without her wedding ring in Mexico

Is Teresa Giudice moving on from Joe? The "Real Housewives" star spent the holidays in Mexico and according to In Touch, she did little to suggest she's pining for her husband while he's in prison for fraud. "Teresa's winter getaway seemed to be all about letting her hair down," said a source who reportedly spotted her in Cancun. "Teresa was flirting with guys. She wore a series of eye-popping bikinis and no wedding ring. She got a lot of attention from men." Speaking to TMZ last fall, Teresa admitted she resents Joe for his role in sending her to prison but said, "I am going to wait for him and hopefully he'll be a different person" in 2019, when's he expected to be released.

How John Legend is helping Chrissy Teigen with her pregnancy

Even a night out on the town is baby-focused these days for expectant parents, Chrissy Teigen and John Legend. The couple stopped by an Art of Elysium event in Santa Monica, California, over the weekend, where John joked to reporters that while it was their "date night," he'd "have to drink for both of us …" That's not all the singer's doing for his pregnant wife. "I cook for her. She has all the hard work and I do what I can to help," John said, according to Us Weekly. "She enjoys being pregnant overall I think and it makes us focus. We're trying to bring this new baby to life and get it ready for the world and that means I have to take care of my wife and make sure she's ready to handle it." John and Chrissy also have a 20-month-old daughter, Luna, who John said "knows mommy has a baby inside her" but might not totally "get" what that means yet.

With O.J. Simpson out of prison and Khloe Kardashian expecting her first child, it was probably inevitable that someone would raise the specter of rumors O.J. secretly fathered the reality star. TMZ caught up with the former NFL star this week in Las Vegas and asked him how he felt about Khloe's baby news, with a thinly veiled suggestion he might be "proud." "Well, for Bob, God bless his soul, yeah," he replied, mentioning his late friend Robert Kardashian. "I don't know for me. I don't think for me I have nothing to do with it," he assured the camera man. "I would be proud … but trust me, I had nothing to do with it."

"Wonder Woman" red clearly isn't Gal Gadot's only color … At the National The National Board of Review Awards Gala in New York on Tuesday, Jan. 9, a stunning, blue gown-clad Gal joined her "Wonder Woman" director Patty Jenkins onstage to accept the Spotlight Awards for their film, which earned $821.8 million worldwide and top marks from critics, according to Vanity Fair. "I know that superhero movies have had a very hard time," Patty told the magazine after nominations for the awards ceremony were announced. "I know that women directors have had a very hard time being acknowledged. I know that superhero lead actors don't get acknowledged. It is what it is … So to have my peers acknowledge ['Wonder Woman'] in this way and celebrate it in this way is a huge honor."

Lena Dunham and Jack Antonoff may have called time on their five-year romance but Lena has no intention putting the brakes on her love for the singer and guitarist. "I'm wearing this ring that Jack gave me and I'll always wear it," she said on Instagram live this week (via the New York Post). "Love is a really cool, powerful, eternal thing and it doesn't have to be defined the way we in Western culture define it as beginnings and ends. Things can be 'you're a drop of water and you re-enter the ocean' … Anyway, I really love you all and I'm really thankful for the support, really thankful for the love." An insider previously told E! News the pair's split was "mutual." "Jack and Lena were growing apart and it just made sense for them to end their relationship where it was," said the source.

Doesn't sound like Paris Hilton plans to move slowly when it comes to having kids. The newly engaged socialite posted a clip from an interview she and her fiance Chris Zylka did with "Extra" this week. During the interview — after Chris gushed that Paris is his "best friend, "the most gorgeous thing on the planet," and "one of the strongest women that I know" — Paris admitted she's thinking about having kids. "He's my everything, he's my other half," she said of Chris. "I can't wait to start a family and start the next chapter of my life."

Is Bella Hadid dating a Laker?

Love may not be in the cards after all for The Weeknd and Bella Hadid. An insider tells Us Weekly the model has been "hooking up" with Lakers guard Jordan Clarkson, whom she joined with Hailey Baldwin and some other friends at Zuma in New York City last month. According to the source, the large group partied together in a private room at the Japanese restaurant and bar. "They've been hanging out the past few weeks," said the insider. In November, Bella and her ex, The Weeknd, were hit with reconciliation rumors after the two started spending time together again. 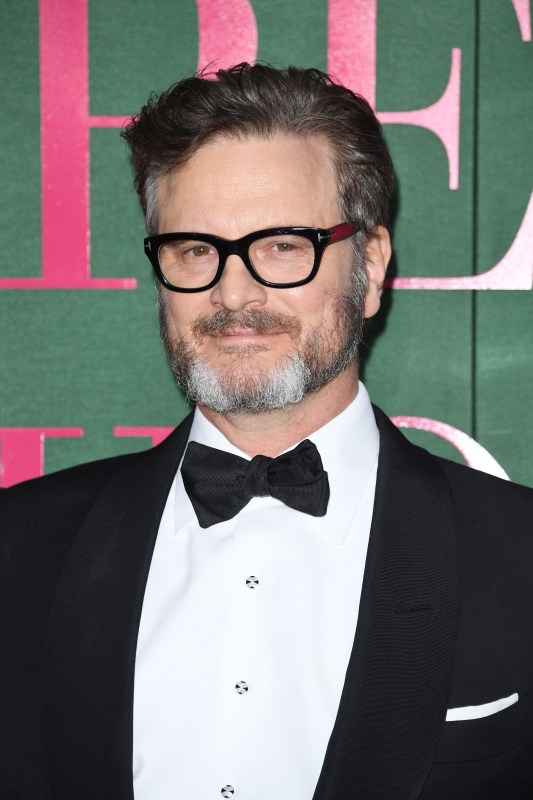