The Angry Birds are back! Ahead of the Aug. 13, 2019, release of "The Angry Birds Movie 2," Wonderwall.com is introducing you to the famous faces behind the feathered friends and foes! Keep reading to see who's playing whom…

Jason Sudeikis is voicing Red in the flick.

Jason Sudeikis got his start behind the scenes, working as a sketch writer before becoming a star on "Saturday Night Live" in 2005. Since then, he's appeared in films like 2011's "Horrible Bosses" and "Hall Pass" and 2016's "Colossal" and had roles on hit shows like "30 Rock" and "Eastbound & Down." Jason and wife Kay Cannon, a screenwriter, split in 2010. He's been involved with actress Olivia Wilde since 2011. They share two children.

RELATED: A guide to the live-action remakes of animated films

Josh Gad returns to play Chuck in the film.

Josh Gad voiced Chuck in 2016's "The Angry Birds Movie" but he was no stranger to bringing animated characters to life. He famously played Olaf in 2013's "Frozen" and has lent his voice to characters on shows like "Star Wars Rebels," "Phineas and Ferb" and "Sofia the First." But it's not just voice work he's known for — the Broadway actor, who made a splash in "The Book of Mormon" in 2011, has also starred in flicks like the live-action "Beauty and the Beast" and 2017's "Murder on the Orient Express." Off-screen, he's married to actress Ida Darvish, with whom he shares a son and a daughter.

Danny McBride is back for "The Angry Birds Movie 2" after voicing Bomb in the first flick. He made a name for himself with "Eastbound & Down," the first HBO series he wrote and starred in, then made fans laugh some more with "Vice Principals" for the network. In August 2019, "The Righteous Gemstones" — his third major project for HBO — will debut. Danny has also popped up in plenty of funny films like "Pineapple Express," "Tropic Thunder," "Your Highness" and "This Is the End." He's been married to Gia Ruiz, an art director, since 2010. They share two kids.

For fans of "This Is Us," Garry's voice is easy to place — it's Sterling K. Brown's!

Sterling K. Brown is voicing an animated character for the first time in "The Angry Birds Movie 2." He became a household name in 2016 when he starred as Christopher Darden on "The People v. O.J. Simpson: American Crime Story" and landed the role of Randall Pearson on "This Is Us." The Emmy winner is happily married to actress Ryan Michelle Bathe, with whom he has two sons.

Bill Hader is in the mix too: He voices Leonard.

Bill Hader made a name for himself as a cast member on "Saturday Night Live" from 2005 to 2013, earning four Emmy nominations during his time there. Since then, he's created and starred on HBO's "Barry," which earned him his first Emmy for best actor in a comedy. Aside from dominating the small screen, Bill's also had success in film including memorable roles in flicks like 2007's "Superbad," 2008's "Tropic Thunder" and 2015's "Trainwreck." He's previously lent his voice to films like "Cloudy with a Chance of Meatballs," "Inside Out," "Ralph Breaks the Internet," "Finding Dory" and, of course, "The Angry Birds Movie." Bill separated from director-writer wife Maggie Carey in 2017. They have three daughters.

One of our favorite funnywomen, Tiffany Haddish, brings Debbie to life.

Despite doing comedy for over a decade, Tiffany Haddish didn't get her big break until 2017 when she landed a role in "Girls Trip." That film put Tiffany on the map and led to an influx of roles. Since then, she's starred on a Showtime comedy special, "Tiffany Haddish: She Ready! From the Hood to Hollywood," and in films like "Night School" and "Nobody's Fool" in 2018. She's also lent her voice to a few animated characters including Tuca on Netflix's "Tuca & Bertie" and Queen Watevra Wa'Nabi in "The Lego Movie 2: The Second Part." Now she'll join the Angry Birds world as Debbie.

Glenn is brought to life by Eugenio Derbez.

Eugenio Derbez is a superstar in the Spanish-language entertainment world. He started acting at a young age and went on to create and star on some of the most popular Spanish TV shows ever, like "Vecinos," "Al Derecho y Al Derbez" and "La Familia P. Luche." Over the last decade, he's made a name for himself with English-language audiences in projects like 2011's "Jack and Jill" alongside Adam Sandler, Katie Holmes and Al Pacino. He's also starred alongside big names like Salma Hayek and Kristen Bell in 2017's "How To Be a Latin Lover." Eugenio is no stranger to children's films: In 2019 he's also starring in "Dora and the Lost City of Gold." He's married to Mexican star Alessandra Rosaldo, with whom he shares four children (some of whom are also performers).

Brad gets his voice from actor Beck Bennett.

Beck Bennett is another "Saturday Night Live" cast member who's lending his voice to "The Angry Birds Movie 2." Aside from making audiences laugh on the sketch-comedy show, he's voiced animated characters in 2016's "Sing" and on TV's "DuckTales."

Another "Saturday Night Live" star got involved in this children's flick! Leslie Jones is behind the character Zeta.

Leslie Jones has been making people laugh since she joined the cast of "Saturday Night Live" in 2015. Her work on the show has since earned her two Emmy nominations for best supporting actress in a comedy. She's also popped up on the big screen in films like 2015's "Trainwreck" and 2016's "Ghostbusters" reboot. This will be her second time voicing a character in a kids' film: She previously played Meena's mother in 2016's "Sing."

Rachel Bloom got her start behind the scenes, working as an intern for Seth Meyers at "Saturday Night Live." Her big break came in 2015 when the CW picked up her show "Crazy Ex-Girlfriend." She both created and starred on the series, which ran for four seasons and earned her a Golden Globe and a Critics' Choice Award. Voicing Silver in "The Angry Birds Movie 2" isn't her first time lending her voice to a TV show or movie geared toward children: She's previously voiced characters in "Trolls: The Beat Goes On!" and "My Little Pony: Friendship Is Magic." Rachel has been married to Dan Gregor since 2015.

Jay is voiced by JoJo Siwa in "The Angry Birds Movie 2."

JoJo Siwa found fame on reality TV as a star on "Dance Moms" and parlayed that into a lucrative YouTube career. "The Angry Birds Movie 2" marks her second film role ever — with her first being a part in the Nickelodeon flick "Blurt!" in 2018.

Dove Cameron is no stranger to young audiences. She rose to fame on the Disney Channel series "Liv and Maddie" and plays Mal in the network's "Descendants" film franchise. Older audiences might remember her from her role on "Agents of S.H.I.E.L.D." or as Bekah Cotter in the Netflix flick "Dumplin'." She's been dating "Descendants" co-star Thomas Doherty since 2016.

Courtney is voiced by Awkwafina.

Awkwafina gained fame on YouTube and as a music star before landing her first acting gigs — first in "Neighbors 2: Sorority Rising" in 2016 and next as an animated character in 2016's "Storks." Since then, she's scored breakout roles in 2018's "Ocean's 8" and "Crazy Rich Asians" and most recently starred in 2019's critically acclaimed "The Farewell."

Peter Dinklage is best known for his role as Tyrion Lannister on "Game of Thrones," a part that earned him three Emmys over the years (and seven nominations total!). Before that, he'd worked consistently in film with roles in movies like 2003's "The Station Agent" and "Elf," 2008's "The Chronicles of Narnia: Prince Caspian" and more. (His more recent film projects have included 2014's "X-Men: Days of Future Past" and 2017's critically acclaimed "Three Billboards Outside Ebbing, Missouri.") This won't be the first time he's lent his voice to a children's flick, either. He's previously voiced characters in "The Croods 2" and, of course, in "The Angry Birds Movie." Peter is happily married to Erica Schmidt, a theater director with whom he shares two kids.

Jerry's voice might sound familiar to those who watch "Saturday Night Live." He's played by none other than Pete Davidson!

Pete Davidson found fame on "Saturday Night Live," joining the cast in 2014, but a high-profile relationship with pop star Ariana Grande in 2018 made him a household name. Though the stars went their separate ways, he's continued to bring the laughs on "SNL" while taking time away to voice Jerry in "The Angry Birds Movie 2" this summer.

Carl is voiced by Zach Woods.

Zach Woods, who's perhaps best known for his stint as Gabe on "The Office," has been working steadily on TV for the last decade. Some of his other notable roles include Jared on "Silicon Valley" and Ed on "Veep." Playing Carl won't be his first time voicing a character on the big screen — he lent his voice to Zane in "The Lego Ninjago Movie" in 2017.

The character of Alex is voiced by Lil Rel Howery.

This won't be Lil Rel Howery's first time voicing a children's character. He previously lent his voice to shows like "Tangled: The Series" and "The Adventures of Rocky and Bullwinkle." But it's his comedic work that the actor is best known for — including his role as Robert Carmichael on "The Carmichael Show" on NBC from 2015 to 2017, and his own creation, "Rel," which ran on FOX from 2018 to 2019. His most famous role on the big screen to date, though, has to Rod Williams in his very first film — 2017's "Get Out." Lil Rel was married to Verina Robinson until 2017. They share two kids.

Lily and Beatrice are voiced by two little ladies — Sunday Urban and Faith Urban — who have very famous parents.

Vivi is voiced by Genesis Tennon, who has a very famous mom.

Genesis Tennon is the daughter of Viola Davis! This is her film debut.

Zoe is voiced by Brooklynn Prince.

Brooklynn Prince is a 9-year-old child actress who made a name for herself in 2017's "The Florida Project." Since then, she's lent her voice to a character in "The Lego Movie 2: The Second Part" and now is playing Zoe in "The Angry Birds Movie 2." 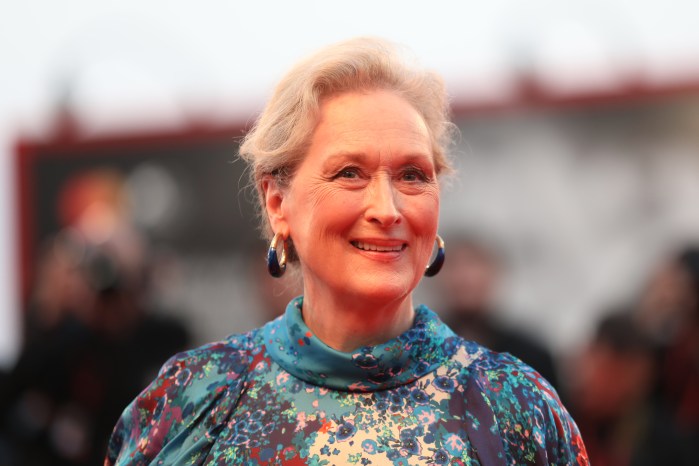