Time for a little millennial nostalgia! Who remembers the 1994 movie "Little Giants?" The amazing film — which followed brothers Danny and Kevin O'Shea, who are coaching rival Pee-Wee Football teams in small-town Ohio — celebrates the 25th anniversary of its release on Oct. 14, 2019. In honor of the milestone, Wonderwall.com is running down our favorite football films! Keep reading to see what other football movies made this best of the best list…

Next up? The beloved classic "Rudy" starring Sean Astin and written by "Hoosiers" creator Angelo Pizzo. The 1993 biopic tells the story Daniel "Rudy" Ruettiger, a man who dreamed of playing football at the University of Notre Dame despite significant obstacles. Critics loved the movie, which grossed $22.8 million worldwide and was named one of the best 25 sports movies of the previous 25 years by ESPN in 2004.

"Remember the Titans" is regarded by many as the best football movie ever created. The 2000 biopic is based on the true story of African-American coach Herman Boone (played by Denzel Washington) and his attempt to integrate the T.C. Williams High School football team in Alexandria, Virginia, in 1971. "Remember the Titans" was an instant critical and commercial success that earned more than $136 million on a $30 million budget and received rave reviews and accolades.

"Jerry Maguire" has it all. Part rom-com, part sports-drama, the 1996 movie follows the ups and downs of a sports agent searching for his purpose. Tom Cruise starred as the titular agent and Renee Zellweger played his assistant-turned-love interest, single mom Dorothy, but it was Cuba Gooding Jr.'s portrayal of Arizona Cardinals wide receiver Rodney "Rod" Tidwell that stole the show. "Jerry Maguire" was a huge financial success that earned more than $273 million worldwide and was a force to be reckoned with during award season. The football flick was nominated for five Oscars including best picture and best actor for Tom. Cuba won the Academy Award for best supporting actor.

"The Blind Side" is a football film that will tug at your heartstrings. The 2007 biopic follows NFL offensive lineman Michael Oher (played by Quinton Aaron) and his journey from the inner city to the NFL. The film also highlights his adoption by Sean and Leigh Anne Tuohy (played by Tim McGraw and Sandra Bullock). "The Blind Side" dominated at the box office with $300 million in ticket sales and won Sandra her first Academy Award for best actress.

Oliver Stone's "Any Given Sunday" features an ensemble cast with Al Pacino, Cameron Diaz, Dennis Quaid, Jamie Foxx, Aaron Eckhart and more as well as one of the most entertaining original songs of all time. The 1999 movie about the fictional Miami Sharks football team and its struggle with winning games and taming egos was a smash hit at the box office that raked in more than $100 million worldwide.

"Friday Night Lights" was such an amazing movie that Hollywood execs turned it into a critically acclaimed TV series. The 2004 film tells the story of Coach Gary Gaines, played by Billy Bob Thornton, and his players on the high school football team in Odessa, Texas, a town that has very high expectations. "Friday Night Lights" grossed more than $62 million at the box office and won numerous awards, including an ESPY for best sports movie.

"We Are Marshall" is guaranteed to make you cry rivers. The 2006 film shows the aftermath of a 1970 plane crash that killed 75 people: 37 Marshall University football players along with five coaches, two athletic trainers, the athletic director, 25 boosters and a crew of five. Matthew McConaughey stars as head coach Jack Lengyel in this powerful biopic about rebuilding and healing that is must-see cinema.

"Brian's Song" is another tearjerker that tells a powerful story of friendship and perseverance. The 1971 movie follows the life of Brian Piccolo (played by James Caan), a Wake Forest University football player who's diagnosed with terminal cancer after turning pro. His story is told through his real-life friend and Chicago Bears teammate Gale Sayers (played by Billy Dee Williams). "Brian's Song" was originally an ABC TV movie, but it was such a success that Columbia Pictures later showed it in theaters too.

Keanu Reeves playing football? Sign us up! "The Replacements" makes our list thanks to its laugh-out-loud-funny script, great acting and exciting storyline. The 2000 movie shows what happens when professional football players go on strike and their "replacements" try to prove themselves on the field. "The Replacements" only grossed $50 million at the box office, but today it is considered a cult classic.

"The Longest Yard" — the 1974 original, not the 2005 remake — is one of the best football films ever thanks to its entertaining plot and quality acting from the late, great Burt Reynolds. The film follows a former NFL player (Burt) as he recruits a group of prisoners to play football against their guards. "The Longest Yard" featured many real-life football players including Green Bay Packers legend Ray Nitschke and was shot at a real prison in Georgia. The movie was a box-office success, grossing $43 million on a $2.9 million budget, and a best picture Golden Globe winner.

"North Dallas Forty" is the perfect mixture of comedy, drama and satire. The sports classic shows the over-the-top world of professional football in the late 1970s. Released in 1979, "North Dallas Forty" is based on the semi-autobiographical novel by former Dallas Cowboys wide receiver Peter Gent and starred future Academy Award nominee Nick Nolte.

Unlike the rest of the films on our list, "Undefeated" is actually a documentary, but that doesn't make it any less powerful or entertaining. The 2011 doc follows a high school football team in Memphis as they attempt a winning season after years of losses. Their struggles, triumphs and interactions with head coach Bill Courtney will leave you overwhelmed with emotion. "Undefeated," which was co-produced by Diddy, won the Academy Award for best documentary feature in 2012.

Paul Walker and James Van Der Beek? What's not to love? "Varsity Blues" is one of our favorite football films thanks to its compelling, heartfelt story (and, yes, its teen heartthrobs). The 1999 flick follows a high school football team and its overbearing coach through a rocky season in a high-pressure Texas town. "Varsity Blues" didn't receive the best reviews, but audiences (including us) loved it. The football movie grossed $52 million against its $16 million budget.

"The Waterboy" is not only a great football film but one of Adam Sandler's funniest movies. The 1998 flick tells the story of Bobby Boucher, an awkward 31-year-old waterboy for the University of Louisiana football program who becomes a star linebacker. The comedy was beloved by audiences for its outlandish plot and hilarious scenes, leading to a $186 million box office haul.

"The Express," like many other movies on this list, is a heartfelt, real-life tale that is sure to leave you weepy. The 2008 movie is based on the life of Syracuse University football player Ernie Davis, the first African American to win the Heisman Trophy. The powerful film, starring Dennis Quaid and Rob Brown, received rave reviews but unfortunately didn't fair so well at the box office. Nevertheless, it is a must-watch football film!

"Radio" has gotten a bad rap over the years for its overly sentimental plot, but we love an impactful, inspiring story. The 2003 movie is based on the true tale of T.L. Hanna High School football coach Harold Jones and a mentally challenged young man, James Robert "Radio" Kennedy, who lives in the community. The movie, which stars Cuba Gooding Jr. and Ed Harris, might have been panned by critics, but it found its footing at the box office. "Radio" earned more than $52 million in ticket sales and received an ESPY Award nomination for best sports movie.

Fun fact: One of the very best football movies was released more than 50 years ago! "Paper Lion" lands a spot on our list thanks to its unbelievable — and true — story. The 1968 film centers on George Plimpton, a Sports Illustrated journalist who played for the Detroit Lions during training camp as a backup quarterback. "Paper Lion" is laugh-out-loud funny and will inspire you to pursue whatever ambitions you have, no matter how far-fetched they might seem.

"Invincible" shows that it is always possible to achieve your dreams. The 2006 film tells the real-life story of Vince Papale, a bartender who successfully tried out for the Philadelphia Eagles and played football professionally from 1976 to 1978. Critics praised Mark Wahlberg's standout performance in the movie, which was a box-office success thanks to earnings of more than $58 million.

"Everybody's All-American" makes our list thanks to its unique plot and amazing acting. The 1988 film expanded on the traditional sports movie, exploring the life of a former college football hero whose glory days are long gone. The sports drama starred Dennis Quaid as the dejected former star athlete and Jessica Lange as his happy college girlfriend-turned-frustrated, lonely wife. 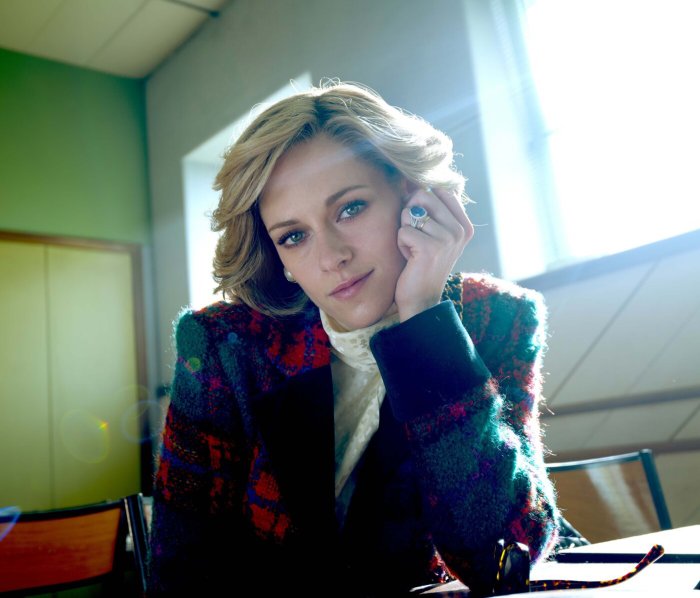