Can you believe it's been three and half decades since "Footloose" arrived in theaters on Feb. 17, 1984? In honor of the 35th anniversary of the cult hit about a big-city boy who rebels against a small town's ban on dancing, take a look back at the stars of the film and find out how their lives have changed over the past 35 years.

RELATED: Kardashian exes: Where are they now?

These days, Kevin Bacon is one of the most well-known — and well-connected! — stars in Hollywood. He's starred in "The Following," "Tremors," "A Few Good Men," "Apollo 13," "Mystic River," "Frost/Nixon" and "X-Men: First Class." Next up, Kevin will star in 2019's "You Should Have Left" and "City on a Hill." Though his résumé includes countless hits, the actor is perhaps most successful in his personal life. He's been happily married to "The Closer" star Kyra Sedgwick since 1988. The couple have two children together: son Travis and daughter Sosie.

Lori Singer beat out everyone from Michelle Pfeiffer and Heather Locklear to Meg Ryan, Jodie Foster, Diane Lane and Brooke Shields for the role of Ariel Moore, the town reverend's rebellious and beautiful daughter, in "Footloose."

Lori Singer continued acting long after she retired her red cowboy boots, though she never recreated her early success as an actress. The beautiful blonde, who popped up in a 2011 episode of "Law & Order: Special Victims Unit," remains an accomplished cellist, and the documentary she executive produced, "Mea Maxima Culpa: Silence in the House of God," won three Emmys in 2013. She most recently starred in 2017's "The Institute." In 1999, following a bitter divorce and custody battle for their son, Jaques, Lori ended her marriage of 19 years to lawyer Richard Emery. She has never remarried.

Christopher Penn's illustrious career — he went on to star in "Rush Hour," "Reservoir Dogs," "Short Cuts" and more — came to a tragic end in January 2006 when the actor died of heart disease in his home in Santa Monica, California. Though the "Footloose" star struggled with alcohol and cocaine addiction earlier in his career, ultimately, according to big brother Sean Penn, it was his weight that claimed his life: "He had certainly been a fantastically self-abusing guy over periods of his life, but that wasn't the case in the end," Sean told Larry King. "It was a natural death, but a natural death that was brought on by some hard living, but particularly weight."

Sarah Jessica Parker's sidekick days are long behind her! The "Sex and the City" star and Emmy winner is now one of the biggest names in Hollywood — and in the world of fashion. She previously starred in "Hocus Pocus," "The First Wives Club" and "The Family Stone" and currently plays Frances Dufresne on the HBO series "Divorce." SJP romanced "Firstborn" co-star Robert Downey Jr. from 1984 to 1991, eventually calling it quits over his drug problems, and briefly dated "Honeymoon in Vegas" co-star Nicolas Cage and political scion John F. Kennedy Jr. before falling in love with fellow '80s star Matthew Broderick. They tied the knot in 1997 and welcomed their first child, son James Wilkie, in 2002. In 2009, the duo welcomed twins Loretta and Tabitha via surrogate.

John Lithgow's illustrious résumé continues growing every year: He won his fifth Emmy in 2010 for his guest-starring role as a serial killer on "Dexter" and grabbed his sixth Emmy and third SAG Award for his work as Winston Churchill in Netflix's "The Crown" in 2017. Fans can soon catch John in 2019's "The Tomorrow Man" and the reboot of "Pet Sematary." His first marriage to teacher Jean Taynton — with whom he has a son, Ian — ended in 1980. He married economics professor Mary Yeager the following year. They have two children together, Nathan and Phoebe.

Though she was well-established in the theater world, Dianne Wiest was still relatively unknown to Hollywood when she was cast as the local reverend's wife, Vi Moore, in "Footloose."

Dianne Wiest went on to win two Oscars, for "Hannah and Her Sisters" and "Bullets Over Broadway." She's also a two-time Emmy winner for her work in 1997's "Road to Avonlea" and 2008's "In Treatment." She currently stars on the CBS comedy series "Life in Pieces." Though the accomplished actress never married, she once shared a lengthy romance with talent agent Sam Cohn. Dianne is the mother of two adopted daughters, Emily and Lily. 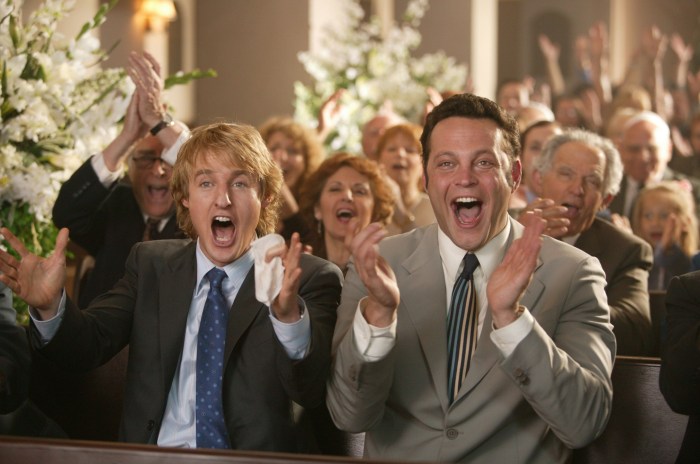 More Wonderwall
The year so far...