It's been 20 years since "The Blair Witch Project" opened in theaters on July 14, 1999, terrifying audiences worldwide — and making major bank! — in the process. In honor of the horror flick's big anniversary, Wonderwall.com is taking a look back at more low-budget films that made an insane amount of money, starting with the faux found-footage film, which USA Today once called the first movie to go viral. "The Blair Witch Project" reportedly cost just $35K to shoot, yet grossed more than $248 million worldwide. Now keep reading for more…

RELATED: The most successful movie franchises of all time

"My Big Fat Greek Wedding" was shot on a budget of just $5 million, but it earned $368.7 million worldwide after its release in 2002. Shockingly, nearly two decades later, it's still the top-grossing romantic comedy of all time.

RELATED: "My Big Fat Greek Wedding" cast: Where are they now?

"Magic Mike" was made on a $7 million budget. But with Channing Tatum headlining the 2012 flick as a male stripper, the drama cast a spell on moviegoers and grossed around $167 million worldwide. Talk about some serious profit! It's no wonder Warner Bros. signed up for a sequel, 2015's "Magic Mike XXL."

The original comedy about male strippers — 1997's "The Full Monty" — took the world by storm. With a production budget of just $3.5 million, it went on to make an astonishing $258 million at the international box office. The British mega-hit won the Oscar for best music for a comedy (back when that was a category) and earned three more Academy Award nominations: best picture, best director and best original screenplay. After that, it spawned a Broadway musical and a play.

Talk about a knockout at the box office! Sylvester Stallone's "Rocky" (he wrote and starred in the boxing drama) was made on a budget of around $1 million. It went on to earn more than $225 million. The 1976 classic also won three Oscars — best picture, best director and best editing — and earned seven more Academy Award nominations, including best lead actor for Sly and best original screenplay. It also launched one of Hollywood's longest running film franchises. So worth it!

Writer-director Oren Peli shot "Paranormal Activity" at his own home over the course of seven days. The total production cost? Just $15,000. The 2007 found-footage-style horror film quickly became one of the most profitable movies ever when it grossed more than $193 million worldwide. Its success spawned a slew of sequels, making it one of the top-grossing horror franchises of all time.

Before "Mad Max: Fury Road," there was 1979's "Mad Max" starring a young Mel Gibson in the title role. The dystopian, post-apocalyptic Australian action flick was reportedly made on a budget of between $350,000 and $400,000 — a bargain price considering all the crashes, explosions and stunts depicted on screen. The film went on to bank nearly $100 million — and in the process, scored the Guinness World Record for most profitable film. It held onto the title for 20 years — when "The Blair Witch Project" finally broke the record.

Ellen Page and Michael Cera starred in 2007's "Juno," which was made for just $6.5 million. It grossed more than $230 million worldwide and left Fox Searchlight's then-president, Peter Rice, feeling pretty proud. When the film passed the $100 million mark, he issued a statement that read, "This is an astonishing feat for us and the film has surpassed all our expectations. We knew this film had crossover potential and it has resonated with audiences all across the country."

"Napoleon Dynamite" developed a cult following and made more than $46 million worldwide. Not too shabby considering the oddball indie comedy — in which Jon Heder stars as a socially awkward high school teen — cost just $400K to produce.

It took just $777,000 for George Lucas to bring "American Graffiti" to the big screen in 1973. The 1962-set coming-of-age comedy went on to bank $140 million, making it easily one of the most profitable films of all time. It also spawned a 1979 sequel and earned five Oscar nominations, including best picture, best director and best adapted screenplay.

Zach Braff wrote, directed and starred in 2004's "Garden State." By wearing many hats, the multi-hyphenate managed to save some major money: The film's budget was just $2.5 million — a fraction of its $35.8 million worldwide box-office haul.

It's been 15 years since "Saw" first scared the pants off of audiences across the globe. The 2004 thriller, in which Cary Elwes starred, had a budget of just $1.2 million and grossed more than $100 million at the international box office. Since then, it's spawned seven sequels, leading to one of the top-grossing horror franchises of all time.

"Once" centers around two musicians (Glen Hansard and Marketa Irglova) struggling in Dublin. The 2007 indie — which won the Oscar for best original song for "Falling Slowly" — came to life on a budget of just $150K, yet made more than $20 million at the box office. It's since spawned a successful Broadway musical.

Bill Murray and Scarlett Johansson starred in Sofia Coppola's 2003 indie "Lost in Translation," for which the writer-director won an Academy Award for best original screenplay. (The romantic dramedy earned three more Oscar nominations: best picture, best director and best lead actor for its star.) Filmed on a $4 million budget, there was nothing lost in translation when it came to convincing moviegoers to catch the flick on the big screen: "Lost in Translation" banked nearly $120 million.

Kevin Smith has "Clerks" to thank for his career. The multi-hyphenate spent just $27,575 shooting the comedy in the convenience and video stores where he worked. The 1994 indie grossed more than $3 million at the box office, spawned a 2006 sequel and introduced the world to the characters Jay and Silent Bob — who've now appeared in several films together. In 2015, Kevin shared his original budget sheet for "Clerks" on his Facebook page to inspire young filmmakers. "You can make a movie for WAY less money these days, kids — and all the tech you need is right on your smartphone. So… What's stopping you?" he wrote in the comments.

"Little Miss Sunshine" earned four Academy Award nominations and ultimately claimed two Oscars: best original screenplay and best supporting actor for Alan Arkin. Abigail Breslin, Toni Collette, Steve Carell and Greg Kinnear rounded out the cast of the 2006 dramedy, which was made on a budget of $8 million yet brought in more than $100 million.

Darren Aronofsky made quite the splash with his feature film directorial debut: 1998's "Pi," which centers around an obsessive mathematician. He won the Film Independent Spirit Award for best first screenplay and earned another Indie Spirit Award nomination (best first feature) for the psychological thriller, which had a budget of around $60K but made more than $3 million at the box office.

Morgan Spurlock's 2004 documentary about the fast-food industry, "Super Size Me," had a production budget of just $65K. It went on to make more than $22 million and earned an Oscar nomination for best documentary. We bet the studio was really "lovin' it!"

It took just $8 million to make the 2000 adaptation of Brett Easton Ellis's controversial 1991 novel "American Psycho." Christian Bale starred in the role of sociopathic Wall Street banker Patrick Bateman in the psychological thriller, which grossed more than $34 million at the box office and developed a cult-like following over the years. 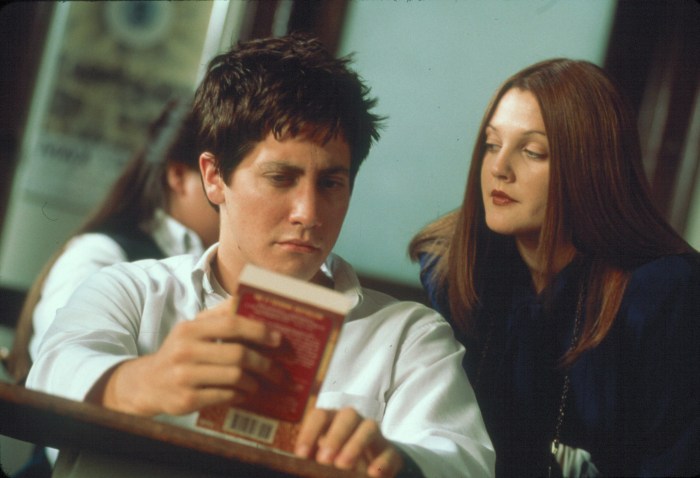 Up Next Cult Classics