"The Photograph" is the romantic drama we've been waiting for. In the film — which comes out on Feb. 14 — Issa Rae plays Mae, the estranged daughter of a famous photographer who unexpectedly passes away. Lakeith Stanfield plays Michael, the journalist assigned to cover the story of Mae's mom's death. We can't wait to see the chemistry between these two on film! To celebrate the movie's Valentine's Day 2020 release, Wonderwall.com is rounding up more love stories for you to look forward to this year…

We're a sucker for a Jennifer Lopez-led romantic comedy, so we can't wait to check out "Marry Me" when it comes out later this year. The film sees J.Lo playing — what else? — a famous pop star who breaks up with her equally famous beau (played by Maluma!) ahead of their extravagant and highly publicized wedding. Instead of calling the whole thing off, she decides to marry a random guy, played by Owen Wilson.

The eagerly anticipated sequel to "To All the Boys I Loved Before" — "To All the Boys: P.S. I Still Love You" — hits Netflix on Feb. 12. Catch up with adorable original couple Lara Jean Covey and Peter Kavinsky (played by Lana Condor and Noah Centineo) and check out the new guy entering the mix — John Ambrose McClaren (played by Jordan Fisher) — in this much-anticipated sequel.

Elle Fanning stars in the Netflix movie "All the Bright Places," which debuts on the streaming service on Feb. 28. The love story is based on the YA novel of the same name and co-stars Justice Smith as her love interest. Despite the cheery title, the story has a dark side: The teens meet when they're both considering suicide, but they try to help each other heal.

Get your tissues ready, because you'll need them on March 13 when the Christian drama "I Still Believe" hits theaters. This romantic film based on the life of singer-songwriter Jeremy Camp stars KJ Apa as the musician and Britt Robertson as Melissa, the love who's diagnosed with cancer before their wedding.

Attention YA lovers! Another fave is being adapted for film — "Stargirl." This flick, which will debut on Disney+ on March 13, stars Grace VanderWaal — who won "America's Got talent" with her ukulele and singing skills in 2016 — as the titular character who's entering public school for the first time and Graham Verchere as her love interest, Leo.

This fall, Kristen Stewart will star in the romantic comedy "Happiest Season" opposite Mackenzie Davis. The movie centers around a young woman who hopes to propose to her girlfriend during the holidays only to discover that her partner hasn't quite come out to her conservative family yet.

When you're in need of a good romantic fix this summer, go see "In the Heights," which hits theaters on June 26. With a script and soundtrack from Lin-Manuel Miranda, this one's guaranteed to be good! Based on the Tony-winning Broadway musical, it follows residents of New York City's primarily Latino Washington Heights neighborhood over several days and features two main love stories including one between between bodega worker Usnavi (Anthony Ramos) and salon employee Vanessa (Melissa Barrera).

Though we don't have a release date yet, we can't wait until "The Kissing Booth 2" starts streaming on Netflix this year. We'll be catching up with our favorite characters — Elle (Joey King), Lee (Joel Courtney) and Noah (Jacob Elordi) — from the 2018 original film in this highly anticipated sequel.

2020 will also bring us "Ammonite" — a period love story starring Kate Winslet and Saoirse Ronan. Kate plays Mary, a fossil hunter who starts taking care of a wealthy visitor's wife, Charlotte (played by Saoirse), and ends up falling in love with the younger woman.

Ready for another round of "Emma"? Anya Taylor-Joy steps into the titular role in this 2020 period rom-com based on the Jane Austen novel. The famous story about the matchmaking meddler hits theaters on Feb. 21.

"After We Collided" is due out in 2020, and we can't wait to see what's going on with Tessa (Josephine Langford) and Hardin (Hero Fiennes-Tiffin). The sequel picks up where the first film left off, continuing the saga based on the "After" book franchise, which was originally written as steamy Harry Styles fanfiction.

"The Lovebirds" hits theaters on April 3, and we'll be first in line to check out this Issa Rae and Kumail Nanjiani flick! The romantic comedy centers around a murder mystery that's also packed with plenty of laughs.

Check out the cast of the musical romantic comedy "The Prom": Nicole Kidman, Meryl Streep, Awkwafina, James Corden and Kerry Washington — just to name a few! This flick adapted by Ryan Murphy is based on the Tony-nominated Broadway musical of the same name and will hit Netflix in 2020. 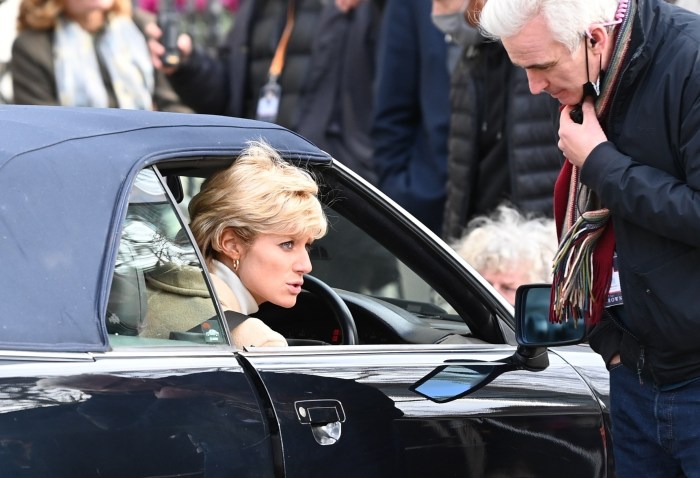