Ric Ocasek, the lead singer of The Cars who went on to become a beloved music producer, died in his New York City home on Sept. 15 from hypertensive and atherosclerotic cardiovascular disease with pulmonary emphysema as a contributing factor, NYC's medical examiner confirmed. He was 75. Family members and stars who were fans of or worked with the "Just What I Needed," "Drive" and "My Best Friend's Girl" songwriter spoke out following his unexpected passing. Read how they memorialized Ric…

"Ric was at home recuperating very well after surgery. Our two sons, Jonathan and Oliver, and I were making sure he was comfortable, ordering food and watching TV together. I found him still asleep when bringing him his Sunday morning coffee. I touched his cheek to rouse him. It was then I realized that during the night he had peacefully passed on. We appreciate the great outpouring of love. We, his family and friends, are completely and utterly devastated by his untimely and unexpected death and would appreciate the privacy to mourn in private. -From the Ocasek Family" –Paulina Porizkova, Ric's estranged wife with whom he was still very close, on Instagram

"From Ric's sons: Our dad was a prolific doodler. His passing was sudden, unexpected and beyond heartbreaking. Yesterday, we found this last doodle on his armchair. He couldn't have known what it would end up meaning to us. We love him so much." –Ric Ocasek's sons Jonathan and Oliver, on mom Paulina Porizkova's Instagram, where they also shared a photo of the doodle featuring an abstract figure and the phrases "Never forget that look," "Keep on laughin'" and "It is what it is"

RELATED: Stars who died too soon

The Killers frontman Brandon Flowers — who inducted Ric Ocasek and The Cars into the Rock and Roll Hall of Fame in 2018 — took to Twitter to share a note and the text of an email he wrote Ric a few years ago. "Feeling grateful for Ric. Had the opportunity to send him this email a couple years back. My first king. Thank you, thank you, thank you," Brandon tweeted. "I just wanted to reach out and make you aware of my gratitude for you and your band's contribution to my life," the letter reads before Brandon tells the The Cars frontman how he came to discover Ric's music when he was a boy. "Independence and even adrenaline rushed through me on my way to the register to purchase The Cars' Greatest Hits. It set me on the path towards the adult I would become, towards the job I have (which is the best job in the world), even towards the woman I would be blessed to marry."

"The whole weezer family is devastated by the loss of our friend and mentor Ric Ocasek, who passed away Sunday. Ric meant so much to us. He produced 3 key weezer albums, Blue, Green and 2014's 'Everything…', and taught all of us so much about music, recording and songcraft. But more importantly he taught us that one can be in a respected position of great power and yet be absolutely humble and have the biggest sweetest heart in the industry. Ric was so kind to us, and never faltered or changed a thing either professionally or personally in the 3 different decades we worked with him. When you were his friend, it was for life, and he was always as generous as could be with his time and care. He is the only producer to have worked with all 7 current and past weezer members, and all 7 love and loved working with him and hanging out with him. There is a massive hole in weezer's heart now. We will miss him forever, and will forever cherish the precious times we got to work and hang out with him. Rest in Peace and rock on Ric, we love you. #RIPRicOcasek #weezerfam #karlscorner" –Rivers Cuomo and other members of Weezer, on Instagram

"Ahh man, say it ain't so. I loved Ric Ocasek. What an interesting, smart, kind, funny man who made incredible records. I loved those Cars albums when I was a teenager. Perfect pop songs with those wicked elliot easton guitar solos. Absolute candy. Then he went and produced Rock For Light by the Bad Brains. As an adult I met him several times and he was gracious, funny and engaging. Ahh man. Ahh damn. Bless his soul. R.I.P. Transcend to the other side Ric. So much love and appreciation from me. You're All I Got Tonight." –Flea from the Red Hot Chili Peppers, on Instagram

#RickOcasek, leader of #TheCars, has died. Unbelievable. Their sound was the sound of a whole decade; biting, mischievous, lighthearted, sardonic and fun…wish we were all that young again…RIP until vinyl returns…xoxo…" –Bette Midler, on Twitter

"Rest In Peace #ricocasek I know all of the band hole loved working with you, much love to your family .. #paulina ❤️❤️❤️❤️#cars were one of the great bands. 🦅🙏" —Courtney Love, who added in her Instagram post, "The Cars were an amazing band… We love you Ric graceful man."

"We will remember #RicOcasek for many reasons-his friendship, his artistry, but most of all for his generosity. Here was a bona fide legend, who seemed to care as much about our record as we did. Which was a huge thrill, of course. A star through and through. RIP Ric, love you x" –The Cribs, on Twitter

"Aw, man. RIP #ricocasek and thank you for the songs on 'Heartbeat City' alone. You were a true original." –Richard Marx, on Twitter

"My heart goes out to you and your sons for your loss. Sending you and yours strength, and love." –Christie Brinkley, on Paulina Porizkova's Instagram comments

"I remember listening to the first Cars record when I was ten with my mom and it was so much fun. Forty one years later it sounds like it was recorded yesterday. It created a new path and inspired so many great bands. He was a legend who brought us all a ton of joy." –Judd Apatow, on Twitter

"We were just playing your music on the bus last night. Just what I needed. " –Berlin frontwoman Terri Nunn, on Twitter

"I'm stunned and saddened by the loss of Ric Ocasek – he was a visionary who affected the lives and hearts of everyone who listened to music in the 80s. God Speed, Ric! Keep Moving in Stereo!" —Rainn Wilson, on Twitter

"RIP Ric Ocasek. A very sad loss. My condolences to his family." –Paul Stanley of KISS, on Twitter

"R.I.P. Ric Ocasek, lead singer with The Cars, at 75. A very cool cat. He was the first person to hear my album The Flat Earth from start to finish, in Mutt Lange's house in Chelsea." –Thomas Dolby, on Twitter

"Sorry 2 hear about #ricocasek RIP loved his work with the band #Suicide" –Billy Idol, on Twitter

"I'm not processing the death of Ric Ocasek yet, can't even read a story about it. I didn't know him, but I think we all felt like we did kind of know him. He picked great musicians, had impeccable popular music instincts. A classic." –Kathy Valentine of the Go-Go's (left), on Twitter

"RIP #RicOcasek Cars were the first band I saw that qualified as new wave — their synths and leathers were too pricey for pure punk. Long gone, of course, and now Ric too, a sweet guy. Suicide was one of several outside bands he produced" –Kurt Loder, on Twitter, who linked to one of Suicide's performances

"Ric Ocasek… I'm so sad. The Cars are a big part of my musical love affair. He was amazing and will be missed. The music of The Cars will inspire people and move people forever. My prayers go to his family friends and all the fans." –Carnie Wilson, on Twitter

"'It doesn't matter where you've been, as long as it was deep.' There's a #ricocasek lyric for you." –Jason Isbell, on Twitter 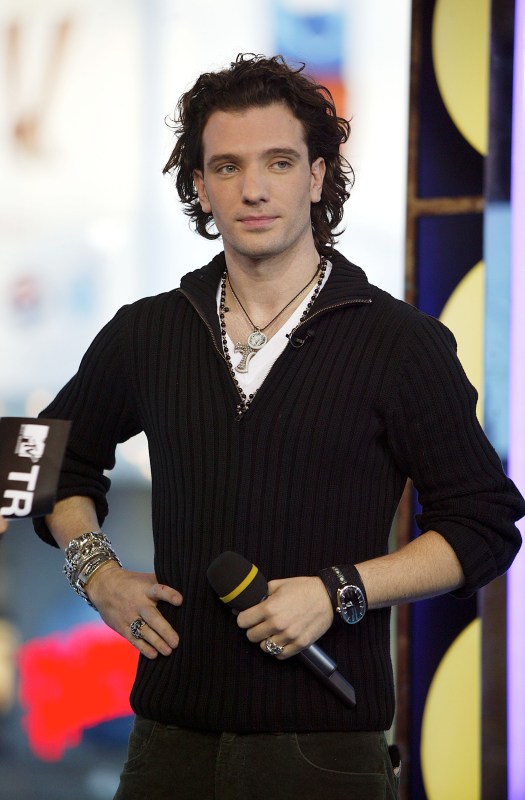