The BET Hip Hop Awards took place in Atlanta on Oct. 5. Stars including Megan Thee Stallion, Travis Scott, Cardi B, J. Cole, DJ Khaled and Lil Nas X were among the night's biggest winners. Lil' Kim took home the "I Am Hip Hop Icon" Award and led the parade of fashion hits and misses on the red carpet.

Iconic drummer and Cream co-founder Ginger Baker, who had a reputation for being wildly talented and wildly volatile, died at 80 on Oct. 6. A cause of death has not been revealed for Ginger, who's widely considered one of the greatest rock drummers of all time.

Rihanna has finally confirmed longstanding rumors that she turned down a chance to headline the 2019 Super Bowl Halftime Show. In an interview for Vogue's November issue that hit the internet on Oct. 9, she said she she "absolutely" turned down the offer in order to stand in solidarity with former NFL player Colin Kaepernick, who was a leader in the take-a-knee movement. "I just couldn't be a sellout. I couldn't be an enabler. There's things within that organization that I do not agree with at all, and I was not about to go and be of service to them in any way," the talented Bajan beauty explained.

Rap superstar Drake has long had a strained relationship with his father, Dennis Graham, though they've worked through many of their issues. But now there's fresh drama: On Oct. 1, Dennis spoke to Nick Cannon on Power 106 FM about how he is often portrayed in the rapper's music. "I said, 'Drake, why are you saying all of this different stuff about me, man? This is not cool,'" Dennis said, claiming that Drake responded, "Dad, it sells records." Drake followed up with a statement on Oct. 8, telling fans he was "so hurt" by his dad's claims. "Every bar I ever spit was the truth and the truth is hard for some people to accept," the music star added.

Ozzy Osbourne vows to make triumphant return to the stage

Ozzy Osbourne has assured fans that he is not dying after he again had to postpone his European tour — which was set to kick off in January 2020. On Oct. 9, Ozzy's team released a video showing the rocker acting like his usual self and explaining the second postponement. "I'm just here to give you an update of my progression with this f—— neck thing I've got," Ozzy said in the video, which was shared on his social media pages. The iconic rock star vowed to his European fans that he will make it up to them. In April, Ozzy canceled all of his 2019 concerts. His North American tour is still slated to begin in May 2020.

Miley Cyrus hospitalized with tonsillitis ahead of charity event

Miley Cyrus took to Instagram on Oct. 8 to announce that she had been hospitalized with a case of tonsillitis and might be forced to miss an upcoming charity concert. The singer tweeted, "Trying to heal as quick as I can to make it to Gorillapalooza w @TheEllenShow @PortiaDeRossi @BrunoMars this weekend!" Gorillapalooza is a charity event hosted by Ellen DeGeneres and her wife in Los Angeles to raise money for gorilla conservation.

Eagles to play "Hotel California" album in its entirety on tour

On Sept. 27, The Eagles performed their smash album "Hotel California" in its entirety in Las Vegas to rave reviews. Its success has led the band to take the show on the road! The rock legends will perform the album's tracks on a mini-tour that hits six major cities, complete with an orchestra and choir and a greatest hits second half.

KISS to jump the shark for underwater concert in Australia

Kiss has decided to jump the shark — literally! On Oct. 3, the legendary band announced that that they will perform an underwater concert in Port Lincoln, South Australia, for eight lucky fans and a group of great whites. The first-of-its-kind concert is part of Airbnb's new "Animal Experiences" travel option and all proceeds will go to charity. "Since we're going to be in Australia, it gives a whole new meaning to doing a concert down under," said Paul Stanley, the band's rhythm guitarist and co-vocalist. 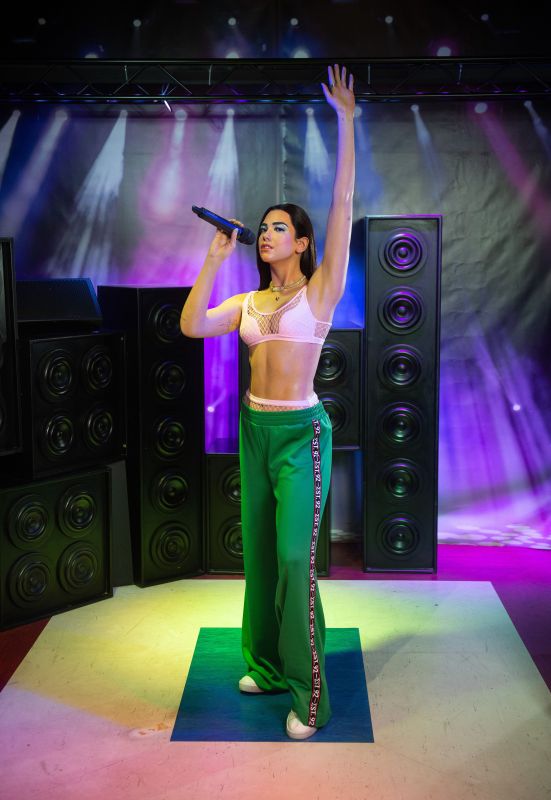