Stars might be best known for gracing our TV and movie screens or releasing great albums, but a few have chosen to expand their brands in other ways. Many of these entrepreneurs are women who've successfully made the transition from celeb to knowledgeable businesswoman. In celebration of Honest Company co-founder Jessica Alba's 37th birthday on April 28, 2018, Wonderwall.com is taking a look at some of the stars who run businesses, starting with Jessica herself. The actress founded the Honest Company in 2011 after the 2008 birth of her first child, Honor Warren, inspired her to create baby products without harmful ingredients. Fast-forward seven years and The Honest Co. was valued at over $1 billion! The company has expanded tremendously and now offers skincare products and makeup under the Honest Beauty banner as well as cleaning supplies, vitamins and more. These days, Jessica's company's products can be found in almost every major retailer nationwide. Now keep reading to see which other stars have become successful businesswomen…

You know Rihanna for her hit albums and singles, but the Barbadian beauty is also running a highly successful business. She launched Fenty Beauty, a makeup line and cosmetics brand, in 2017. Fenty was an immediate hit with consumers thanks to its broad inclusivity (they have 40 different foundation shades!). Within a month of release, Fenty Beauty's sales were valued at $72 million and RiRi's products were often sold out.

Jessica Simpson knows how to run a highly profitable business. The singer launched the Jessica Simpson Collection in 2005, a brand that first offered shoes then expanded to include clothes, handbags, jewelry, bedroom decor, fragrances, luggage and more. The company has gone to to earn over $1 billion in revenue and is regarded as one of the most successful celebrity-founded brands ever. Jessica's products are carried in department stores nationwide including upscale Lord & Taylor as well as Belk, Macy's and Dillard's.

Venus Williams might be one of the greatest tennis players of all time, but she is also an accomplished entrepreneur. The athlete is the CEO of her own interior design firm, V Starr Interiors. Her company designed the set of "The Tavis Smiley Show" for PBS, the Olympic athletes' apartments as part of New York City's failed bid to host the 2012 Olympic Games and residences and businesses throughout the Palm Beach, Florida, area. Venus is also the owner of a fashion line, EleVen, and a part-owner of the Miami Dolphins with sister Serena Williams. When the Williams sisters bought a stake in the team in 2009, they became the first African-American women to obtain ownership in an NFL franchise.

Gwen Stefani brought all the creativity in her music to her business. The pop star launched L.A.M.B, a high-end fashion line, in 2003. The brand manufactures accessories like shoes, watches, bags and eyewear and is influenced by a variety of cultural styles. Gwen said she was inspired to do it because she comes from a family of seamstresses. L.A.M.B. has gone on to earn $90 million in revenue. She later launched a second line, Harajuku Lovers, and in 2018 applied to trademark a cosmetics brand dubbed P8NT.

Kate Hudson is the co-founder of a super-profitable athleisure wear brand — Fabletics, an online subscription retailer that sells women's sportswear, footwear and accessories — which launched in 2013. Members can select personalized outfits chosen for them based on their lifestyle and fashion preferences in a wide range of sizes. Kate's company, which was launched in connection with JustFab, is a big success that's earned more than $235 million in revenue.

Is there anything Oprah Winfrey can't do? (Answer: No, there's not). The media mogul has a net worth of $2.8 billion thanks, in part, to her many business ventures. Oprah launched her production company, Harpo Productions, in 1986. The company is home to super-successful brands and shows such as O, The Oprah Magazine, The Oprah Winfrey Network, "Dr. Phil," "Rachael Ray," "Iyanla: Fix My Life" and "Oprah's Master Class."

Karlie Kloss might be a supermodel but that doesn't mean she can't enjoy sweet treats. In fact, Karlie's baked goods are so tasty that she launched her own cookie line. The model collaborated with chef Christina Tosi to launch Karlie's Kookies for Momofuku Milk Bar in 2012. The gluten-free, dairy-free desserts were a big hit and the proceeds provide meals for children in New York City and around the world through FEED Projects.

Gloria Estefan takes business ownership to all new heights. The chart-topping Cuban-American singer is the owner of multiple highly successful businesses with husband Emilio Estefan including several Cuban-themed restaurants in Miami Beach, downtown Miami (in the American Airlines Arena), the Seminole Hard Rock Hotel and Casino, Walt Disney World's Disney Springs near Orlando, Florida, and in Miami International Airport. The couple also owns two hotels: Costa d'Este, which opened in 2008, and The Cardozo in Miami Beach. If that wasn't enough, the Estefans also bought an ownership stake in the Miami Dolphins in 2009, which at the time made them the first Cuban Americans to hold an ownership stake in an NFL team. Today, Gloria and her hubby are worth a reported $700 million, thanks in part to their business ventures!

Sandra Bullock is an Oscar-winning actress and a successful restaurateur. Sandy opened Walton's Fancy and Staple, a bakery, upscale restaurant and floral shop in an Austin, Texas building that she extensively renovated in 2009. The bistro has since become a go-to eatery in the area and a favorite among locals and out-of-town visitors. In addition to her profitable restaurant business, Sandra also owns her own production company, Fortis Films.

Queen Bey is a superstar success on and off the stage. In 2015, Beyonce partnered with her nutritionist, Marco Borges, on 22 Days Nutrition, a vegan meal delivery service. The service received rave reviews from fans and the singer said she used it to prepare for her phenomenal Coachella performances in 2018. Beyonce also launched her own athleisure line, Ivy Park, in connection with Top Shop in 2016. The clothing line instantly sold out.

Actress Drew Barrymore stepped out of her comfort zone in 2012 and founded Flower Beauty. She was inspired to create the cosmetics line based on her belief that "women everywhere deserve the best quality, most efficacious products at an affordable price." The company received rave reviews from beauty influencers upon its release and has continued to grow. The cruelty-free makeup brand officially expanded into Ulta Beauty stores nationwide in February 2018.

Kim Kardashian West used her reality TV career as a springboard to a new career in business. The "Keeping Up With the Kardashians" star expanded her super-influential brand to include fragrances and makeup in 2017. KKW Fragrances launched that November and instantly sold out, making Kim $10 million in one day (insane, right?). Earlier in the year, Kim launched cosmetics line KKW Beauty and netted an estimated $14.4 million in a matter of hours.

Jennifer Lopez is a quadruple threat! The Bronx native can sing, dance, act and run multiple successful businesses. Jennifer launched J.Lo by Jennifer Lopez, a lifestyle collection that includes clothes, eyewear, fragrances, handbags, jewelry and swimwear, in 2001. A year after the line's official launch, she'd already sold $175M worth of products in America alone. Today, the brand — which is often credited with starting the celebrity fashion-line trend — remains a huge success. Jennifer also runs a profitable production company, Nuyorican Productions, when she's not performing, singing, dancing, acting or being a mom to her twins.

Jessica Biel is a wife, actress, mother and business owner. The Golden Globe nominee opened Au Fudge, a kid-friendly restaurant in West Hollywood, in 2016. The cozy and charming bistro features French-inspired cuisine, baked goods, cocktails, an organic menu, on-site au pairs and a "tree house" nook that leads to a hidden playroom for the kiddies. Adorbs!

Fans may be surprised to know that Ellen DeGeneres owns a very successful lifestyle brand. The talk-show host founded ED Ellen DeGeneres in September 2015. The collection includes apparel, shoes, accessories, baby and home items; it added a dog and cat line in 2017. "First of all, comfort is everything to me. I'm not going to ever wear something just because it's fashionable or because a woman is supposed to wear this," Ellen said during an interview in 2017. "So [I thought] I should make the kind of clothes [and shoes] that apparently women want to dress in."

Oscar-winning actress Gwyneth Paltrow launched her lifestyle brand, Goop, in 2008. The company has faced criticism for some of its health claims, products and high prices, but the backlash has not stopped the brand from growing. Ten years after its founding, Goop has transitioned from an e-mail newsletter to a lifestyle website that sells a number of products including goop by Juice Beauty, a makeup and skincare line; goop Label, a fashion line; goop Fragrance, an all-natural fragrance line; and goop Wellness, which sells non-GMO and gluten-free vitamins and other supplements. The brand — which is currently valued at $250 million — also collaborates with fashion labels, launches pop-up shops, holds an annual wellness summit and publishes a print magazine.

Tyra Banks has effectively made the transition from model to mogul. The California native launched her own production company, Bankable Productions, in the early 2000s. It's since produced hugely popular shows such as "America's Next Top Model," "The Tyra Banks Show" and "True Beauty." Tyra also decided to step into the beauty world and launched her own cosmetics brand, Tyra Beauty, in 2014. She completed a certificate program at Harvard Business School specifically to help her with the endeavor.

Frustrated with the parts she was being offered, Reese Witherspoon decided to take matters into her own hands and in 2016 created her own production and content company, Hello Sunshine, which focuses on telling female-driven stories. Her existing production company, Pacific Standard, is now part of Hello Sunshine, which quickly became a huge success. Reese was behind some of the biggest movies and shows of the past few years including the Oscar-nominated films "Gone Girl" and "Wild" as well as the Emmy, SAG Award and Golden Globe-winning HBO series "Big Little Lies." The mom of three also launched her own Southern-inspired clothing line, Draper James, in 2015. The brand has opened three brick-and-mortar stores since its launch and plans to expand to several more cities in the Southeastern United States.

Ashley Olsen and Mary-Kate Olsen traded Hollywood for the fashion industry — and it paid off. The twins launched their own high-end couture label, The Row, in 2006 and Elizabeth & James, a collection inspired by many of their vintage finds and pieces in their personal wardrobes, in 2007. They then released a women's clothing line for JCPenney called Olsenboye and a T-shirt line called StyleMint in 2011. Their labels have since taken off and are worth an estimated $1 billion! Their clothes have celebrity fans as well: Stars seen wearing The Row include Michelle Obama, Emma Stone, Jessica Biel, Julianne Moore, Selena Gomez, Reese Witherspoon, Chrissy Teigen and Gigi Hadid. 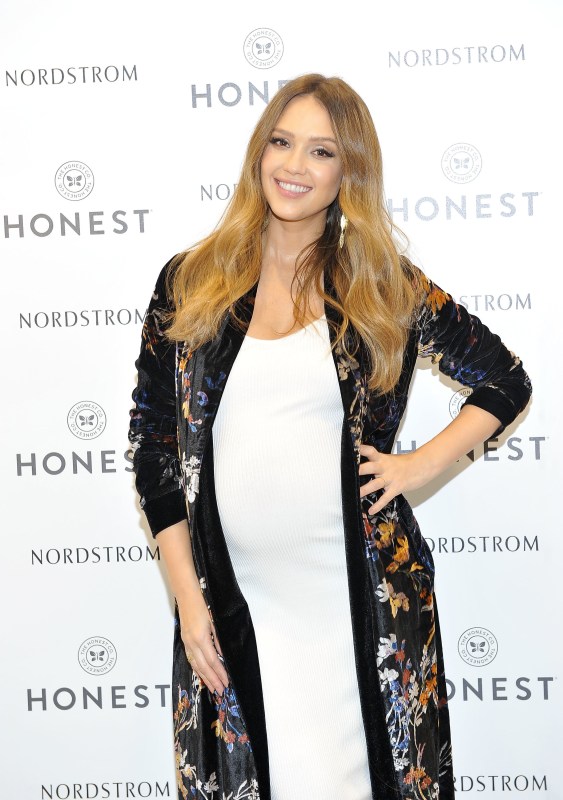 Up Next Celebrity Entrepreneurs