On July 4, 2021, Lana Del Rey is releasing her eighth studio album, "Blue Banisters." To mark the occasion, Wonderwall.com is exploring music stars' real names… starting with Lana's… Did you know that Lana Del Rey isn't her real name? The star adopted a stage name instead of going by her given moniker — Elizabeth Woolridge Grant (though early in her career, she did go by Lizzy Grant). In 2017, Lana explained to Vogue that she "wanted a name that sounded sort of exotic and reminded me of, like, the seaside on the Floridian coast."

RELATED: See what your favorite rockers looked like at the beginning of their careers

Rapper Saweetie was actually given the name Diamonté Quiava Valentin Harper at birth.

RELATED: Fashion hits and misses from the 2021 Grammys

Billie Eilish sounds like a stage name, but it's surprisingly not. Billie Eilish is actually the singer's real first and middle name, but her whole name is even longer (and wilder!). The talented songstress was born Billie Eilish Pirate Baird O'Connell.

This rapper's real name is quite different from his stage name: G-Eazy was born Gerald Earl Gillum.

This one's not much of a surprise, but Lady Gaga's real name is not actually Lady Gaga. The star was born Stefani Joanne Angelina Germanotta.

Did you know that Jason Derulo is a stage name? Though the singer's first name really is Jason, his last name is actually Desrouleaux — Derulo is actually the phonetic spelling of his actual (lengthy) last name.

Would you go check out a DJ named Adam Richard Wiles? Probably not, which is why Calvin Harris opted for a stage name. The reason? The Scottish music star told Shortlist magazine back in 2009 that he thought it sounded "more racially ambiguous."

Ever wondered what Pitbull's parents call him? Armando Christian Perez is the answer to that question — and yes, Mr. Worldwide's stage name is inspired by the dog breed.

When it came time for Christopher Brian Bridges to pick a stage name, he opted for something crazy — Ludacris. He told MTV he picked the name due to his "split personality."

This one surprised us — Shania Twain was not actually born Shania. Nope, not even close. The country singer's real moniker is actually Eileen Regina Edwards.

Though Legend is an apropos surname for an EGOT holder, John Legend's real last name is actually Stephens.

Halsey's real name is actually an anagram of Halsey — it's Ashley! Yep, the star was born Ashley Frangipane. She told Rolling Stone in 2016, "I didn't like being Ashley Frangipane. It was a person I thought was weak and silly and sad."

Ever wonder what Snoop Dogg's real name is? The rapper was born Calvin Cordozar Broadus Jr.

Alice Cooper is not this rock star's given name. Nope, that's Vincent Damon Furnier. "We were called the Nazz and we found out about Todd Rundgren's band who were called The Nazz," the musician recalled to the USA Today network of newspapers. "So I said let's not come up with a name that's dark, because they're expecting that. I said, 'What if we sounded like we were somebody's aunt?' It was kind of like the all-American, sweet little old lady name. And I wasn't Alice Cooper. I was just the singer in the band Alice Cooper, like Manfred Mann. Pretty soon everybody called me Alice, they just assumed that the singer's name was Alice. So, at that point, I legally changed my name to Alice Cooper. It was a total outrage at the time. Now it's a household name."

Cardi B's real name does start with a B — it's Belcalis. The rapper was born Belcalis Almanzar but was later nicknamed Bacardi. "My sister's name is Hennessy, so everybody used to call me Bacardi," she told late night host Jimmy Fallon in 2017. "Then it was my Instagram name, Bacardi, Bacardi B. But for some reason, my Instagram kept getting deleted, and you know what, I think it was [the company] Bacardi that had something to do with it. So I just shortened it to Cardi B."

Miley Cyrus might use her famous last name, but she ditched her real first name. She was born Destiny Hope Cyrus but was soon nicknamed Miley after dad Billy Ray Cyrus called her "Smiley." She legally changed her name to Miley back in 2008.

The Weeknd was born Abel Makkonen Tesfaye. If you've ever wondered why he spells Weeknd without the third "e," it's because "there was already a Canadian band named The Weekend," he shared during a 2016 Reddit AMA.

When it came time for Alecia Beth Moore to pick a stage name, she simply opted for her nickname — Pink.

Travis Scott doesn't necessarily sound like a stage name, but it is. The rapper was born Jacques Webster — which is why his daughter with Kylie Jenner goes by Stormi Webster. He told Grandland he picked the name Travis as an ode to his "favorite uncle" and told Complex that Scott also comes from that uncle and was his nickname.

Do you know Peter Gene Hernandez? You definitely do — that's the real name of the one and only Bruno Mars! Bruno was his nickname growing up.

Lizzo is not this singer's real name but a nickname that came from her real first name — Melissa. Born Melissa Jefferson, she went by Lissa before changing it to Lizzo after being inspired by JAY-Z's song "Izzo."

This one might be a surprise, but Elton John was actually born Reginald Kenneth Dwight. The superstar told Rowan Atkinson in 1991 that the inspiration came from a saxophone player in a former band's name, Elton, and changed things up.

Did you know there were almost two Kate Hudsons? Katy Perry's given name is Kathryn Hudson, but she opted to go by her mom's maiden name so she wouldn't be mixed up with the actress.

Shayaa Bin Abraham-Joseph might not be a household name, but 21 Savage sure is these days. The London-born, U.S.-raised rapper told Rap Radar that the 21 was in honor of the 2100 Street Gang he was affiliated with in Atlanta, and that Savage was from "just being a savage."

Does the name Paul David Hewson sound like a rock star? We didn't think so. That's probably why Bono opted for his one-word moniker, reportedly short for "Bono Vox" — which means "good voice" in Latin.

Back in 2011, Frank Ocean told Complex that he legally changed his name to Christopher Francis Ocean in 2010. He was actually born Christopher Edwin Breaux. That change up was apparently not good enough, because in 2014, TMZ reported that the singer was legally changing his name to match his stage name.

SZA isn't actually this singer's initials — she was born Solana Imani Rowe. But the letters are an acronym from the "Supreme Alphabet" and stand for sovereign, zigzag and Allah, as the singer was raised Muslim.

Though it would be fitting for pop royalty, Lorde isn't this singer's real name. The New Zealander was born Ella Maria Lani Yelich-O'Connor.

Benjamin Haggerty just doesn't have the same ring to it as Macklemore! The rapper reportedly came up with his stage name while he was in high school and never looked back. 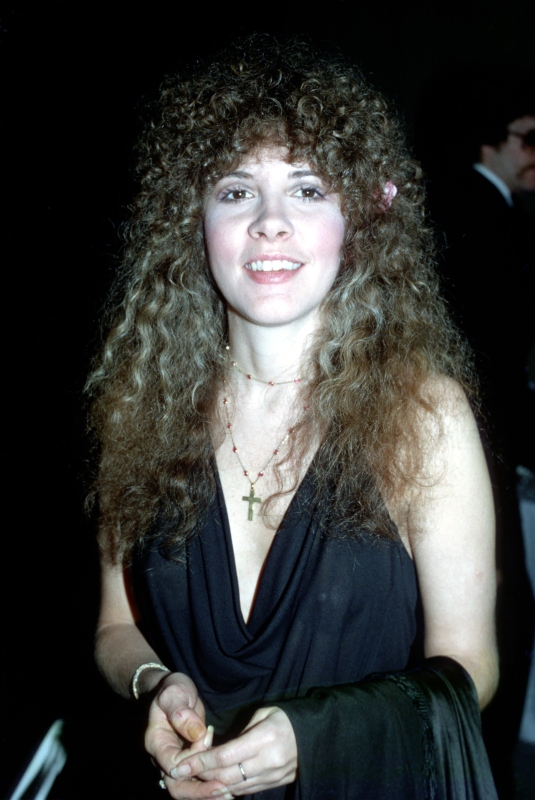