The open sea can be frightening to some on its own, but throw a blood-thirsty shark in the mix too and everyone's terrified! Between the suspense and the horror, ocean-centric films can be as jarring as they are exciting — but we especially love a good thriller that has elements of both. From "Jaws" to "Open Water," Wonderwall.com is perusing the scariest underwater films. Keep reading for more!

Steven Spielberg achieved greatness with "Jaws" in 1975, making it the first bona fide summer blockbuster. The film follows a police chief and a professional shark hunter's quest to take down a killer great white shark. Film historian Thomas Schatz said that "Jaws" "recalibrated the profit potential of the Hollywood hit and redefined its status as a marketable commodity and cultural phenomenon as well."

"Open Water" is based on a true story about a scuba-diving couple abandoned in the middle of the ocean. The 2004 film follows the pair as they try to escape death in shark-infested waters.

"Deep Blue Sea" — which stars LL Cool J, Saffron Burrows and Samuel L. Jackson — is a 1999 sci-fi horror film about a group of scientists who are tampering with shark DNA in an isolated research facility. After a tragic accident, the tables turn and the sharks become powerful beyond the scientists' wildest imaginations. You can be sure that panic ensues!

"The Ree" is a 2010 Australian horror film that centers on a great white shark hunting a group of four friends stuck in the water after their sailboat capsizes near the Great Barrier Reef.

"Sphere" — starring Dustin Hoffman, Sharon Stone and Samuel L. Jackson — is the 1998 sci-fi thriller about a group of scientists selected by the government to investigate a massive spacecraft that's landed in the ocean. Turns out it's a futuristic, evil entity that they have to fight to the finish.

In the 1989 sci-fi horror flick "DeepStar Six," a group of U.S. Navy engineers discovers a deadly alien menace at the bottom of the ocean.

In 2002's "Ghost Ship," starring Julianna Margulies, a salvage crew retrieves a sinking ship from open waters and discovers that the ship is, in fact, haunted by a sinister ghost.

"Jaws: The Revenge" is the fourth and last installment in the "Jaws" franchise. The film tells the story of Chief Brody's widow, who believes that her family is intentionally being targeted by another shark out for revenge.

Written by Peter Benchley (who penned "Jaws"), 1977's "The Deep" stars Jacqueline Bisset and Nick Nolte in a story about a couple that goes scuba-diving on vacation and discovers a number of artifacts, including an old stash of narcotics. The twosome spend the rest of their time on the run from bad guys who are seeking both the treasure and the drugs.

In the sea-set 2016 thriller "The Shallows," Blake Lively stars as Nancy, a surfer who finds herself in the unwelcome territory of a great white shark. She has to pull out all the stops to fight this blood-thirsty killer.

Written and directed by Stephen Somers, 1998's "Deep Rising" — which stars Treat Williams, Famke Janssen and Anthony Heald — is a high budget sci-fi thriller about a luxury liner ambushed by a pack of armed hijackers who meet their fate when man-eating sea creatures come to claim the ship.

"Lake Placid" is a hair-raising 1999 film about a group of people trying to stop a malicious 30-foot man-eating crocodile from swallowing tourists. It was written by David E. Kelley and stars everyone from Bill Pullman and Betty White to Bridget Fonda and Oliver Platt.

"Jaws 2" is not too far off the beaten path from the narrative of "Jaws." The 1978 sequel follows Chief Brody in his pursuit to protect the town of Amity from a killer shark looking for human sustenance.

"Dead Calm" is a must-see 1989 Australian psychological thriller based on a novel of the same name by Charles Williams. It follows a couple isolated on a yacht (Nicole Kidman and Sam Neill) who are targeted by a sociopathic killer (Billy Zane).

"Shark Night 3D" tells the story of a group of college kids who reunite at a friend's vacation home only to be terrorized by murderous sharks once they hit the water. The bloody 2001 film features actors including Paris Hilton's boyfriend Chris Zylka (pictured), Joel David Moore and Katharine McPhee.

In James Cameron's "The Abyss," a diving team assists a Navy SEAL in recovering a lost nuclear submarine and they're met with the startling discovery of an alien aquatic species.

"The Perfect Storm," based on Sebastian Junger's eponymous book, tells the tale of a captain of a swordfishing boat and his five man crew who take the boat out for one last sail of the season, unaware of the turmoil that awaits them: a perfect, disastrous storm.

"The Finest Hours" is a thriller starring Chris Pine, Casey Affleck, and Ben Foster about the historic 1952 U.S. Coast Guard rescue of the SS Pendleton, a ship that split apart during a nor'easter.

In the concluding film of the "Jaws" franchise, "Jaws 3-D," follows the sons of police chief Brody who unite to protect civilians at SeaWorld Orlando after a shark becomes trapped in the park. 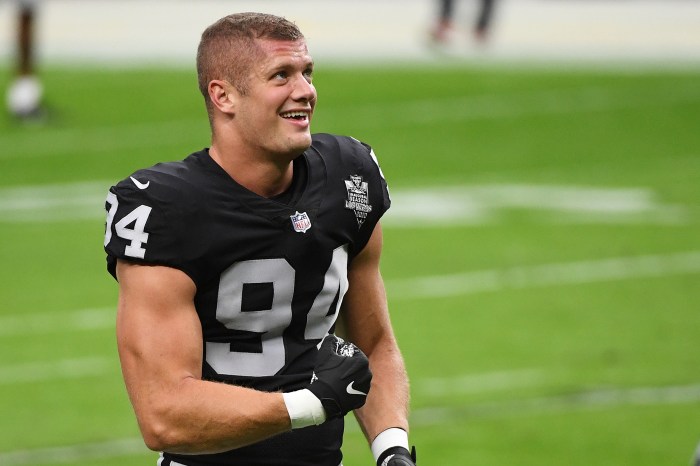