We love the '90s! Wonderwall.com is taking a look back at some of the decade's most beloved television stars and chronicling where they are today… starting with "Blossom" actress Mayim Bialik, whose show ended 25 years ago on May 22, 1995. Read on to find out what Mayim — who played the titular teenager for five season from 1991 to 1995 — and more of your favorite '90s actors and actresses are up to today…

RELATED: The best '90s TV shows to stream while stuck at home

After "Blossom," Mayim Bialik did some TV guest spots but directed her focus on her education: She earned a Ph.D. in neuroscience from UCLA in 2007. In 2010, she joined the cast of "The Big Bang Theory" as Dr. Amy Farrah Fowler and remained on the show until it ended in 2019. Mayim is a steadfast vegan as well as the founder of GrokNation.com, a website that focuses on "conversations on contemporary issues." Mayim shares two children with ex-husband Michael Stone, from whom she split in 2012. Next up for the actress? She'll re-team with former "The Big Bang Theory" co-star Jim Parsons, who's producing), for the show "Call Me Kat" in 2020.

Scott Foley portrayed Noel Crane — the titular character's college resident advisor and love interest — on "Felicity" from 1998 to 2002. Scott also charmed audiences as Cliff Harris on "Dawson's Creek" in early 1998. Where is he today?

RELATED: "Party of Five" cast: Where are they now?

Following "Felicity," Scott Foley was a series regular on "The Unit" from 2006 to 2009 and on "Grey's Anatomy" from 2010 to 2012. Scott also acted on "True Blood" and "The Goodwin Games." He won hearts as Jake Ballard on the hit ABC series "Scandal" from 2013 to 2018 and more recently starred on the short-lived ABC show "Whiskey Cavalier." In real life, Scott is married to actress Marika Dominczyk, with whom he has three children. He was famously wed to "Felicity" co-star Jennifer Garner from 2000 to 2004 before she moved on with future ex-husband Ben Affleck.

Christina Applegate was a '90s TV staple thanks to her role as Kelly Bundy on "Married… With Children." She played the teen from 1987 to 1997.

Following her career-launching role as Kelly Bundy, Christina Applegate continued to make a name for herself in Hollywood. She snagged parts in films such as "The Sweetest Thing," "Anchorman" and its sequel and "Going the Distance." From 2007 to 2009, Christina starred on ABC's "Samantha Who?" The actress and vocal vegetarian was diagnosed with breast cancer in 2008 and underwent a double mastectomy. In 2019, she launched another successful comedy series, Netflix's "Dead To Me," which debuted its second season in 2020. Christina married musician Martyn LeNoble, with whom she shares a daughter, in 2013. She was previously married to actor Johnathon Schaech.

Jennifer Aniston cast her spell on Hollywood as Rachel Green on the iconic show "Friends" from 1994 to 2004.

After "Friends," Jennifer Aniston solidified her position as America's Sweetheart by dominating the big screen as a rom-com queen. The paparazzi target — who was Mrs. Brad Pitt from 2000 to 2005 — starred in films including "He's Just Not That Into You," "The Break-Up," "The Switch," "Horrible Bosses" and "Mother's Day." The star triumphantly returned to the small screen in 2019 with Apple TV+'s "The Morning Show" and earned herself a best actress Screen Actors Guild Award in 2020 — the same year she'll appear alongside her "Friends" castmates on an HBO Max reunion special. Following her split from Brad, she famously dated Vince Vaughn and John Mayer before marrying Justin Theroux in 2015, only to split from her "Wanderlust" co-star in 2017.

Since "Friends," David Schwimmer has continued to act, though in nothing as high-profile as the sitcom that made his fortune. He has a handful of credits on shows like "30 Rock" and "Entourage" and voiced Melman in the "Madagascar" film series. In 2016, David took on a starring role on "The People v. O.J. Simpson: American Crime Story" as Robert Kardashian. He also portrayed Tommy Moran on 2016's "Feed the Beast." David married British artist Zoe Buckman in 2010 and they welcomed a daughter in 2011. The couple divorced in 2017. Next up for the star? The 2020 Peacock comedy series "Intelligence," which debuted in the U.K. He'll also be shooting with his "Friends" castmates for a reunion special to air in 2020 on HBO Max.

After landing her first Playboy cover in 1989, Pamela Anderson stole the screen in her unforgettable red swimsuit as lifeguard C.J. Parker on "Baywatch" from 1992 to 1997.

Post-"Baywatch," Pamela Anderson continued to serve as America's resident sexpot with acting chops. She appeared on "Home Improvement," "V.I.P" and "Striperella." In 2017, Pamela briefly reprised her role as C.J. Parker in the "Baywatch" movie. After being diagnosed with hepatitis C more than two decades ago — which she claimed she contracted from ex-husband Tommy Lee, the father of her two sons — Pamela was cured in 2015. In 2014, the vegan bombshell launched the Pamela Anderson Foundation to help environmental causes and to protect vulnerable people and animals. In 2017, the model-actress — who was also previously wed to Kid Rock and pro poker player Rick Salomon — was romantically linked to both WikiLeaks founder Julian Assange and European soccer star Adil Rami. In early 2020, she was briefly married to film producer Jon Peters, though they split after a matter of days.

Debra Messing starred on "Will & Grace" for eight seasons starting in 1998.

After "Will & Grace," Debra Messing starred on "The Starter Wife" in 2007 and 2008 before playing a lead on the NBC musical drama "Smash" from 2011 to 2012. She made her Broadway debut in the play "Outside Mullingar" in 2014 and toplined "The Mysteries of Laura" as a single-mom homicide detective from 2014 to 2016. "Will & Grace" lovers rejoiced when Debra will reprised her role as Grace Adler — alongside her old castmates — on a three-season revival of Will & Grace" that aired from 2017 to 2019. As for her personal life, Debra married actor-screenwriter Daniel Zelman in 2000. The two, who share son Roman, split in 2011. She went on to date "Smash" co-star Will Chase, from whom she split in 2014.

If you're a '90s baby, it's hard to forget Jonathan Taylor Thomas gracing the covers of J-14 and Tiger Beat throughout the entire decade. JTT came to prominence as Randy Taylor, son of Tim "The Toolman" Taylor, on "Home Improvement." He starred on the show from 1991 to 1998.

After a few minor TV movie roles, guest-starring spots and some voice-over work for "The Wild Thornberrys" and "The Simpsons," Jonathan Taylor Thomas took a break from Hollywood to travel and study. JTT proceeded to go to Harvard, Columbia and the University of St. Andrews in Scotland before returning to Hollywood where he played John Baker on Tim Allen's new sitcom "Last Man Standing" from 2013 to 2015. He also directed three of the show's episodes. His personal life remains a mystery.

Tatyana Ali grew up on TV and made a name for herself as Ashley Banks alongside Will Smith on "The Fresh Prince of Bel-Air" from 1990 to 1996. She portrayed Will's character's fun-loving, witty cousin.

After "The Fresh Prince of Bel-Air" came to an end, Tatyana Ali released an album and continued to act in small roles in films such as "Jawbreaker" and "The Clown at Midnight." After graduating from Harvard University in 2002, she returned to acting, appearing in a few films as well as on "The Young & the Restless," "Second Generation Wayans," "Love That Girl!" and more. In July 2016, she married Vaughn Rasberry, a professor in Stanford University's English department, after meeting him on Match.com. The couple welcomed the first in 2016 and another in 2019.

Twins Tia Mowry and Tamera Mowry rose to fame as an adolescent sibling duo on the ABC sitcom "Sister, Sister," which aired from 1994 to 1998.

After finding '90s stardom, Tia Mowry and Tamera Mowry-Housley continued to act throughout the 2000s in films such as "Seventeen Again," "The Hot Chick" and "Strong Medicine." Starting in 2006, the tight-knit twins began acting individually in their own projects — with Tia guest starring on "Rosewood" and "Mistresses" and Tamera on "Roommates" and "Things We Do For Love." In 2011, they came back together for the reality show "Tia & Tamera," which ran until 2013. These days, Tia — who's married to actor Cory Hardrict — is a mother of two who stars on the Netflix series "Family Reunion." Tamera — who's also a mother of two, with baseball player-turned-Fox News journalist Adam Housley (who left the network in 2018) — is busy working as a host on the daytime talk show "The Real."

Mark-Paul Gosselaar stole many a teenage girl's heart when he starred on "Saved By the Bell" as hot blonde troublemaker Zach Morris from 1989 to 1993. The following year, he starred on the short-lived spinoff "Saved by the Bell: The College Years."

Since his teen acting days, Mark-Paul Gosselaar has appeared on TV staples including "NYPD Blue," "CSI: Crime Scene Investigation," "Law & Order: Special Victims Unit" and "Weeds." He starred on "Franklin & Bash" from 2011 to 2014 then made jaws drop in 2016 when he bulked up and grew a beard to play All-Star catcher Mike Lawson for the TV series "Pitch." He's currently starring on ABC's "Mixed-ish." In 2010, he and his wife of 14 years, Lisa Ann Russell, split. They have two kids together. The actor is now married to Catriona McGinn, with whom he has two more children.

After playing Topanga, Danielle Fishel went on to host the Style Network pop culture show "The Dish" from 2008 to 2011. She went to college at 27 and graduated from Cal State Fullerton in 2013. In 2014, she reprised her role as Topanga on the "Boy Meets World" Disney spin-off "Girl Meets World." She ended her two-year marriage to Tim Belusko in 2015 and went on to marry writer Jensen Karp in 2018. The two welcomed their first child together, a son, in June 2019.

Jaleel White's career-defining role as Steve Urkel on "Family Matters" crystallized in 1989 and ran until 1998. And don't forget about his alter ego, Stefan Urquelle!

He's never found another role like Urkel, but Jaleel White went on to act on the UPN series "Grown Ups" from 1999 to 2000. After that, he landed various guest-starring roles on shows such as "Boston Legal," "The Game" and "House." He also appeared on season 14 of "Dancing With the Stars" in 2012. In 2017, Jaleel acted on the TV series "Bones" and in the film "The Preacher's Son." More recently, he occasionally appeared on Disney's "Raven's Home." Jaleel has a daughter with ex-girlfriend Bridget Hardy.

Claire Danes portrayed angsty teenager Angela Chase on "My So-Called Life" from 1994 to 1995. Although the series only had one season, it put Claire on the map and amassed a cult following.

Claire Danes' career continued to climb after "My So-Called Life." She starred in films such as "Romeo + Juliet," "The Hours" and "Terminator 3: Rise of the Machines." Claire then became a huge television star again in 2011 thanks to her performance as Carrie Mathison on Showtime's "Homeland," a series that ended in 2020 and earned her two Emmys and a Golden Globe. The Yale-educated beauty married actor Hugh Dancy, with whom she shares two sons, in 2009. 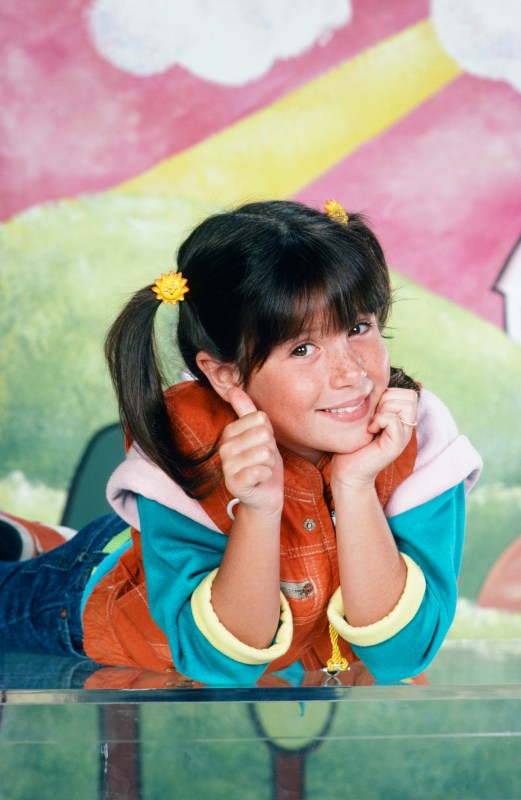