On April 20, "Green Acres" actor Tom Lester — who memorably portrayed farmhand Eb Dawson on the '60s sitcom — died from complications related to Parkinson's disease at the Nashville home of his fiancée and long-term caregiver, Jackie Peters. He was 81.

A seemingly easy "Final Jeopardy!" clue from the "Recent Movie Songs" category shockingly stumped two contestants on the April 20 episode of the popular game show. "In October 2019 this song, a duet, was still in the top 10 on Billboard's Adult Contemporary Chart after spending a year on the chart," read host Alex Trebek. The correct answer — which only one contestant provided — was "Shallow," Lady Gaga and Bradley Cooper's hit collaboration from the 2018 remake of "A Star Is Born." As for the two incorrect answers, one contestant could only name the performers, while the other muddled the song's title, responding with "Into the Deep." According to USA Today, many "Jeopardy!" fans took to Twitter to express their shock over the incorrect responses to the softball question.

Banana revealed on "The Masked Singer"

The April 22 episode of "The Masked Singer" revealed that the Banana is Bret Michaels. Following his performance of Bob Dylan's "Knockin' on Heaven's Door," the Poison frontman noted that the pre-recorded episode's airdate coincides with the 10th anniversary of his near-death experience: the brain hemorrhage he suffered that left him in intensive care for nearly two weeks back in 2010. "Exactly as this show aired is when I was in emergency room, in the operating room, they were operating on my brain. And I'm singing that song. Life is ironic. A moment of surrealness tonight, for sure," he told Variety.

Joe Rogan drew swift backlash from fans after he bragged on the April 15 episode of his "The Joe Rogan Experience" podcast that he'd been tested for COVID-19 twice in three days and plans to continue testing himself "every three or four days" — even though coronavirus tests are notoriously difficult to obtain. Chimed in guest Chris D'Elia, "You know why I got the test? Because I know Joe Rogan. Because I came here and he had a doctor." The following day, the "You" actor told AOL Build that Joe has been paying to have all of his podcast guests tested on-site. "Joe is basically Bruce Wayne," he joked. On April 17, Vice reported that the former "Fear Factor" host has been booking Dr. Abe Malkin from Concierge MD LA — "a premium provider of high-end, on-demand and personalized medical care in Los Angeles" — to administer "in-home coronavirus testing" at $299 a pop. Dr. Malkin told Vice that he conducts an antibody test that has not been approved by the FDA, adding that "it's impossible" to get the first FDA-approved Cellex antibody test. "I give everyone a disclaimer, it's not FDA-approved, you can't use this for diagnosis, it's more for peace of mind, for epidemiologic data. But if they need a definitive diagnosis, they have to get a [COVID-19] nasal swab," he told Vice.

On the April 22 episode of "Watch What Happens Live," Erika Jayne asked Meghan McCain if she could be presumptive Democratic presidential nominee Joe Biden's running mate. (He's promised to pick a woman for the position.) "I don't know who it is — I have no idea," responded the conservative talking head , who noted that she "dearly" loves the liberal politician, who was friends with her late father, former presidential nominee John McCain. "Probably more like Kamala [Harris] or someone like that," she added. Although Meghan is a Republican, she said that Donald Trump "has made pain in my life a living hell," while the former vice president "shepherded" her "through the grief process" after she lost her father to brain cancer in 2018. (Biden was a pallbearer at McCain's funeral.) "The Trumps … they're always making my mom cry," she told "WWHL" host Andy Cohen.

On the April 22 episode of "Cuomo Prime Time," Chris Cuomo said that his son, Mario, is "going to be OK" after contracting the coronavirus — from which he and his wife, Cristina, have since recovered. "The virus worked through the family," said the CNN anchor. "It was me and Cristina, and now Mario has the same symptoms she had. … It's working its way through, but they're doing fine." Earlier that day, Cristina took to Instagram to reveal Mario's battle with COVID-19: "After 10 days of ups and downs, feeling good one-day and terrible the next, I am now working toward getting my son, Mario, through the virus," she wrote. "My heart hurts more than my head over his infection. This virus does not discriminate. While kids are more resilient, they can suffer [the] same severity of symptoms." She added that she's been "applying a modified version" of her own coronavirus remedies "with a focus on lots of vitamins" to treat her son. "Since his sense of smell and taste have disappeared, I am feeding him healthy foods that I normally can't get him to touch," she noted.

Former Bollywood star Ranjit Chowdhry — who portrayed Vikram on two episodes of the American version of "The Office" and starred as Singh on "Cosby" — died in his native India on April 15 after suffering a ruptured ulcer in his intestine. He was 64. According to TMZ, the actor, who underwent emergency surgery, lived in New York but traveled to India for dental treatment months ago. He was unable to return home due to travel restrictions amid the coronavirus pandemic.

On April 20, Page Six reported that former "The Real Housewives of New York City" star Bethenny Frankel "threw a fit" when she heard that the show's longtime producer Barrie Bernstein said during a BravoCon panel in November 2019 that they "don't need" the Skinnygirl mogul to achieve success. "We did three seasons without her in the middle. It was successful — a lot of fun, some of the best trips," he said of Bethenny, who starred on the first three seasons of "RHONY" and returned for seasons 7 through 11 before quitting the show for good in August 2019. "The ladies, they've done this for a while, and they don't need Bethenny. I think this season we're really excited to shine that," he added. A production source told Page Six that when Bethenny caught wind of Barrie's remarks, she "got very angry and blocked [her] from her phone." The insider went on to say that Bethenny is "jealous" she's no longer a part of the show: "She made a rash decision [to leave] and she misses the limelight of it all. And she can't believe it will be as successful without her and may be better," said the source.

The Miami Herald reported on April 22 that officials in Florida accused Daymond John of trying to price gouge them in a deal that would have sent one million highly coveted N95 masks to frontline health care workers. The "Shark Tank" star reportedly offered to sell the masks for $7 each — even though they typically sell for less than $2 apiece. The director of Florida's Department of Emergency Management alleged that Daymond approached him about using his "connections with factories in China" to obtain the masks. Florida officials agreed to buy 1 million masks at the inflated price, but ultimately, the deal fell through. Daymond then released a statement slamming the Miami Herald report as "false" and "inaccurate" with "a complete reckless disregard for the truth." He claims that he "did not set any prices" but rather "worked with the state of Florida" to "help vet the overwhelming amount of incoming [personal protective equipment] offerings" based on his "manufacturing expertise." His efforts, he said, played "a pivotal role" in stopping price gouging, "successfully [identifying] potential fraud and theft of PPE to protect taxpayer funds." He further maintained that his company "was serving as an intermediary" to vet distributors for the state.

On April 16, Julianne Hough raised eyebrows when she stepped out with handsome "The Chronicles of Narnia" actor Ben Barnes amid the coronavirus pandemic, indicating that they're in quarantine together. (The duo, who were photographed together in 2016, have reportedly been friends for years.) The outing came amid reports that the former "Dancing With the Stars" pro and her husband of two years, Brooks Laich, are quarantining separately, with the singer-actress passing time at their home in Los Angeles while the former hockey star is "doing a mass cleaning" of their 10.5-acre property in Idaho. On April 17, Us Weekly reported that, according to a source, the married couple — who weathered a rough patch earlier this year — "are not doing well." But publicly, they both put positive spins on their unique living arrangement. On the April 21 episode of his "How Men Think" podcast, Brooks said that he's "been good with the isolation" and would "probably be a little more antsy" if it weren't for his dog. He also mentioned that he misses "the friendships and companionships where you do get to hug somebody and be in the same room" but noticeably failed to mention whether or not he misses his wife. Then during an April 22 Instagram Live, Julianne said that she and her husband are "kind of doing our separate things right now." She called it "a magical time" and noted that she doesn't feel lonely. 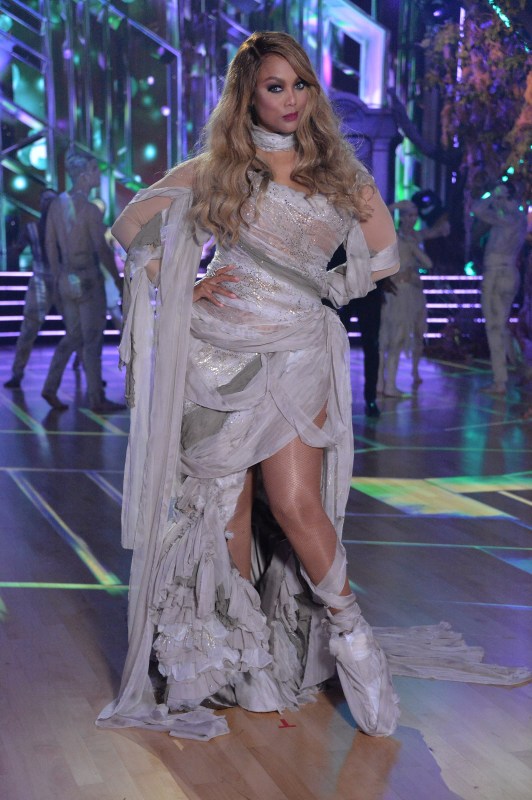