Miss South Africa Zozibini Tunzi was crowned Miss Universe 2019 during the final round of the annual pageant — which was again hosted by Steve Harvey — at Tyler Perry Studios in Atlanta on Dec. 8. While the beauty queen had plenty to celebrate, the comedian likely spent the hours following the live telecast reflecting on his latest on-air snafu. Back in 2015, he mistakenly named Miss Colombia Ariadna Gutiérrez as Miss Universe when she was actually the first runner-up to Miss Philippines Pia Wurtzbach. Steve and Ariadna reunited onstage during the 2019 pageant, prompting the "Family Feud" host to joke of his infamous mistake, "You've forgiven me [but] the cartel has not. … They're not handling it the same way." The off-color joke about the Colombian cartel sparked immediate backlash online. The following day, the comic took to Twitter to share some #MondayMotivation about dealing with haters: "Hate is louder than love, but love is stronger than hate. If you focus on those who love you, you can blow over the haters. Most people hate you only because of the way other people love you," he tweeted.

"Sesame Street" puppeteer Caroll Spinney — who brought Big Bird and Oscar the Grouch to life for nearly five decades between 1969 and 2018 — died at his home in Woodstock, Connecticut, on Dec. 8 following a long illness. He was 85. The Sesame Workshop, which announced the sad news, did not reveal his cause of death.

After appearing on the Dec. 10 episode of the "Today" show, Savannah Guthrie took off the rest of the week to deal with an eye injury she suffered in late November when her son, Charley, accidentally hit her with a toy train. On Dec. 11, she underwent eye surgery to prevent a retinal detachment. She was at home recovering by Dec. 12.

On the Dec. 11 episode of "Survivor," Jeff Probst announced that a decision had been made to remove contestant Dan Spilo from the competition. "Dan will not be returning to the game. He won't be coming back to camp. He won't be on the jury. He's gone," the show's longtime host told the remaining players. A message then appeared on screen reading, "Dan was removed from the game after a report of another incident, which happened off-camera and did not involve a player." Earlier this season, contestant Kellee Kim accused Spilo of inappropriate touching, prompting producers to warn him about his behavior. Probst told Entertainment Weekly that he will not be sharing any further details regarding the incident that led to Spilo's ouster, which marks the first time in the CBS series' nearly 20-year history that producers have ejected a player from the game.

Vanna White's three-week stint as the temporary host of "Wheel of Fortune" kicked off on Dec. 9, marking the first time she's served as host since joining the game show in 1983. (She filled in for longtime host Pat Sajak when he underwent emergency surgery to correct a blocked intestine in early November.) "I was very nervous," she told The New York Times of her temporary gig, calling it "an understatement" to say she had nerves. "Normally I just stand there and I turn my letters, and I'm just happy as can be not having to worry about anything else," she added. "But here I am controlling the game. So logistically, it was much harder. But I know every aspect of the game, which helped so much." She also shared the best part about serving as host: "Being behind the home base, I didn't have to wear shoes," she said. "So I took my shoes off during the show. It was great." Pat returned to set on Dec. 5. Because "Wheel of Fortune" is pre-taped, some of his newly recorded episodes will air before some of the episodes that Vanna taped in November.

Deadline reported on Dec. 7 that Simon Cowell has beefed up his legal team, retaining high-profile Hollywood lawyer Larry Stein amid NBC's internal investigation into allegations of a toxic workplace culture on the set of "America's Got Talent" — which Cowell created and executive produces — following Gabrielle Union's headline-making late November ouster from the series. According to a Deadline insider, the actress discussed "Cowell's acerbic behavior" during an early December meeting with NBC brass. Said the source, "The ball is in NBC's court to see if they can get Cowell to agree to make some changes to the way things are done on the show." Since the scandal first made headlines, several former stars of the show have publicly derided it for operating as a "boys' club." 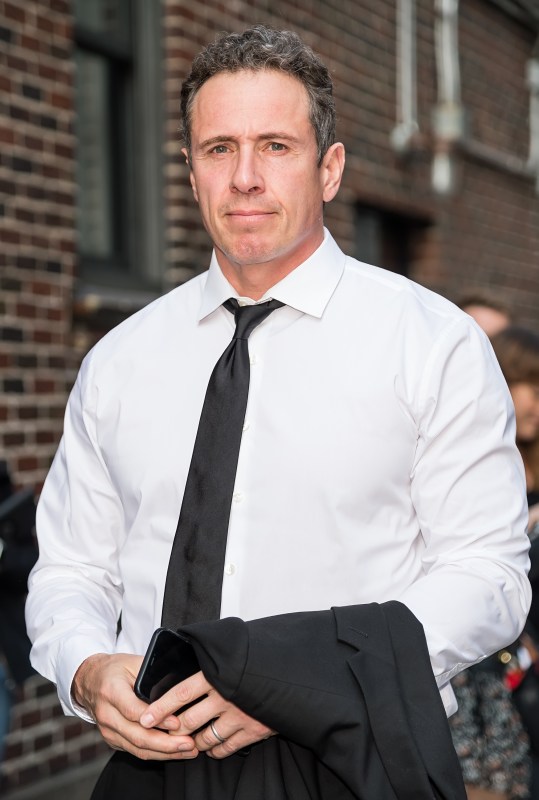