What exactly is brewing between Kendall Jenner and Harry Styles these days? Something romantic for sure, according to Khloe Kardashian. "Do I think they're dating? Yes," she told ET on Jan. 7. Khloe went on to clarify that to her, "dating" doesn't necessarily mean "boyfriend-girlfriend." But the fact that they spent New Year's together in St. Bart's? "I would call that dating," she said, "[But] I don't know what they are. You know, you have 'the talk,' [and] I don't know if they've had that talk yet."

Miranda Kerr's boyfriend is 25 going on 50

Unlike her ex Orlando Bloom — who rang in the New Year with a head-butt-induced bloody forehead on a dance floor in Tulum — Miranda Kerr's new flame Evan Spiegel eschews the party lifestyle. "He's 25, but he acts like he's 50. He's not out partying," she tells the Edit (via Us)."He goes to work in Venice [Beach]. He comes home. We don't go out. We'd rather be at home and have dinner, go to bed early." Kerr, 32, winked when she was asked if he "feels like a younger man." "Well, in some ways he does. I'm telling you, I've got the best of both worlds!" she gushes. Evan also passed an important test for Miranda regarding the son she shares with Orlando. "[Orlando and I decided] that we had to know the person for six months and feel good about them [before introducing them to Flynn]. Evan met Flynn, so, yeah, things are going well. Orlando thinks he's great," she says. "We're just a modern family now!"

Another day, another round of Eddie Cibrian – LeAnn Rimes – Brandi Glanville drama. This time, the news involves alleged proof that Brandi begged Eddie and LeAnn not to post photos of the kids Brandi shares with Eddie over the holidays. It comes in the form of an email from Brandi to Eddie — who told People Brandi never asked him or LeAnn to quit posting holiday family photos. Here's an abridged version: "I am happy that my children have a loving stepmom so don't think that has anything to do with this," Brandi writes in the mail, which turned up on leaked to RealMRHousewife.com and was excerpted by Celebitchy. "Im not mad Im hurting … As you are very aware I do not have family in town and when the holidays roll around and its your turn to have the kids I struggle … for you to pour salt in my wound is just mean and unkind please don't. PLEASE PLEASE PLEASE just stop the holiday family posts any other time my children step mom has my blessing to snap their picture I get it I made cute kids they are perfect and they are mine." On a happier note, Brandi later tweeted a resolution to be more positive and stop the "feuding" in 2016. Either way, TGIF …

Cate Blanchett – the Golden Globes are 'like a mosh pit'

Think the Golden Globes are all about Hollywood glam? Think again. "It's quite sweaty. It's really close," the Globe-nominated Cate Blanchett told Jimmy Kimmel this week (via the Daily Mail). "It's like a mosh pit." The actress was less straightforward when Jimmy asked if it was true she might appear in the next "Thor" film. "Yes," she deadpanned. "Chris Hemsworth is busy so I've been working out." Despite Jimmy's push to get the truth out of her, Cate kept her lips zipped. "No, I'm not dodging the question. They're substituting one Australian for another," she joked.

While Leonardo DiCaprio presses on with his awards season publicity campaign for "The Revenant," some publications are having trouble getting past the fact that the 41-year-old lover of models recently broke up with his latest gal pal, Kelly Rohrbach, shortly after her 25th birthday. Vulture wondered if the split was an Oscar-fueled attempt on Leo's part to distance himself from Kelly, who's set to appear in the "Baywatch" remake. Slate took the split news a step further, analyzing Leo's entire dating history to determine that he only dates women between the ages of 20 and 25 — a rule he's stuck to since he himself fell into that age bracket. Two decades later, Slate notes, Leo still prefers women whose age allows them to remain on their parents' health insurance but prevents them from renting a car.

Leonardo DiCaprio may have a thing for steadily rotating through 20-something girlfriends, but that doesn't mean he can't appreciate a more mature woman — or a more mature romantic relationship. At a celeb-studded lunch ahead of a screening of "The Revenant" in New York on Jan. 6, Page Six reports Leo helped Sting celebrate his longtime love Trudie Styler's latest trip around the sun by presenting her with a cake before Sting sang "Happy Birthday" to his bae.

Georgia jeweler Aydin & Co. is suing T.I. for $700,000, TMZ reports. The store claims that in 2014, T.I. bought an 18.5 karat white gold bracelet, a ring and a yellow gold rosary — but only paid part of the bill for his purchase. Honchos at Adyn are demanding another $44,000 for the 2014 booty and claim the rapper owes an additional $400,000 for items purchased but not paid for over the course of a decade. T.I. has reportedly dismissed the suit as bogus.

After 17 years of marriage, "Key & Peele" star Keegan-Michael Key has filed for divorce from Cynthia Blaise. People reports the comic cited irreconcilable differences in papers filed on Dec. 31, adding that they separated in November.

After Ellen Degeneres used a shirtless photo of Chris Hemsworth in a joke at the People's Choice Awards, Piers Morgan churned out a blog post asking, "Was Ellen DeGeneres a sexist pig for treating Chris Hemsworth like a slab of meat last night – or was it 'just a bit of fun'? Time to cut the hypocrisy, ladies, and be consistent about sexism." Enter Matt McGorry, aka the super-cute guard of yore on "Orange Is the New Black," who launched a stream of tweets aimed at reminding Piers that objectifying men in our culture doesn't have quite the same ring to it as objectifying women. Among his noteworthy missives published on Jezebel: "The simple truth is that you're ignoring the broad context of how women are systemically treated w much harsher beauty standards than men & are much more likely to be discrim against in nearly all areas" … "For ex, many more male actors cont to have careers later in life bc the media doesn't value them disprop more for their sex appeal and looks than their abilities." … "Do you think a trans person making fun of a cis gender person is generally the SAME as the reverse?" Many tweets later, Matt congratulated Ellen on her award. Piers, for his part, responded, "thanks for your blizzard of tweets. No real idea what you're on about but glad you read the column." 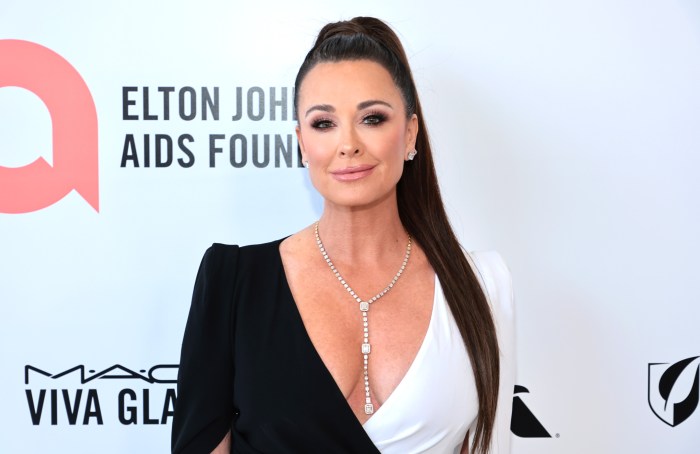