With television serving as a main sources of entertainment as we continue to social distance, deciding what to watch next can sometimes feel overwhelming. Let us help you out — Wonderwall.com has compiled a list of some of the longest running TV shows available to stream and watch… starting with this absolute classic. "The Simpsons" has been on the air for nearly 31 years! When the half-hour show debuted on FOX on Dec. 17, 1989, audiences who hadn't already seen it as a sketch on "The Tracey Ullman Show" fell in love with the Springfield-based clan: Homer, Marge, Bart, Lisa and Maggie. "The Simpsons" — which is the longest running American sitcom and the longest running American scripted primetime series — paved the way for all the other adult-focused animated sitcoms that followed. All 30 seasons are available to stream on Disney+. Keep reading for more…

Live from New York, it's Saturday night! It's hard to fathom that the beloved sketch comedy series "Saturday Night Live" has been around for nearly 45 years. Since it debuted on Oct. 11, 1975, "SNL" has crafted a historic legacy and launched the careers of countless comical celebrities including Eddie Murphy, Tina Fey, Kristen Wiig, Jimmy Fallon, Amy Poehler, Adam Sandler, Chris Rock, Bill Hader, Chevy Chase and more. "SNL" was exactly what TV needed at the time of its arrival — an eccentric, electric and often improvisational series that was as charmingly odd as it was boundary-breaking. It wrapped its 45th season in May 2020.

RELATED: The biggest celebrity news story the year you were born

Leave it to Shonda Rhimes to create a medical drama that has stood the test of time. Who would've thought that when we first met the residents and interns at Seattle Grace Hospital in 2005 that we'd be with them for more than a decade and a half to come? "Grey's Anatomy" made its debut on March 27, 2005, on ABC and has since aired nearly 400 episodes. The show is also responsible for launching stars like Ellen Pompeo, Sandra Oh and Katherine Heigl to mainstream fame. The Shondaland series, which wrapped its 16th season in April 2020, is ABC's longest running scripted primetime series currently on the air. Talk about longevity!

There are some television shows that are just too special to not revisit from time to time, and this is one of them. "Mister Rogers' Neighborhood," which premiered on Feb. 19, 1968, was more than just an educational children's program — it was a series that encouraged everyone, regardless of their age, to treat one another with kindness. It wrapped in 2001 after 21 seasons and 912 episodes, making it one of the longest running children's television shows. With films like 2019's "A Beautiful Day in the Neighborhood" and the 2018 documentary "Won't You Be My Neighbor?" it's clear that Fred Rogers' legacy continues to impact generations of people.

"South Park," which is known for its polarizing social commentary and darkly satirical comedy, is another series that has crafted a long-lasting legacy. The adult animated sitcom, which debuting on Aug. 13, 1997, has aired 23 seasons and 307 episodes as of late 2019. It's won countless awards including five Primetime Emmys and has continued to garner commercial and critical success.

The legal drama that started it all! Little did we know that when "Law & Order" premiered on Sept. 13, 1990, it would go on to change the television landscape as we knew it. The series, which followed a two-part episodic approach where the first half-hour focused on an investigation while the latter half-hour focused on the trial, was procedural television at its finest. The wildly successful series, which brought us beloved spinoffs like "Law & Order: Special Victims Unit," ran for 20 seasons until May 24, 2010, and aired a total of 456 episodes.

Much like its predecessor, this spinoff was an instant hit. Anchored by Mariska Hargitay, Christopher Meloni and Ice-T, "Law & Order: Special Victims Unit" debuted on Sept. 20, 1999, and is still on the air today. The second series in Dick Wolf's wildly successful franchise became the longest running American live-action TV show in September 2019 after airing its 21st season. The records don't stop there — "SVU" also has the third-highest episode count for a primetime scripted series with 478 episodes (just behind "Gunsmoke" and "Lassie").

Dedicated fans have been following the Doctor's expeditions for more than six decades. "Doctor Who," which premiered on the BBC in 1963, originally aired for 26 seasons until 1989 before being rebooted in 2005. As of March 2020, the beloved British sci-fi series has aired a whopping 861 episodes — which means it holds the world record for highest number of episodes for a science fiction television series. The imperative part of British popular culture also has one of TV's largest cult followings.

It's hard to believe it's been over 20 years since we first ventured down to Bikini Bottom! When "SpongeBob SquarePants" premiered on Nickelodeon on July 17, 1999, audience were quick to take to the sea sponge and his quirky clan of buddies. The animated comedy series made TV history — it is the fifth longest running American animated television series and the highest rated series to air on Nickelodeon. In addition to its record-breaking titles, the show's impact on American popular culture is as evident as ever as it's spawned video games, films and even a hit Broadway musical. In 2019, the series was renewed for its 13th season.

In terms of longevity, police procedurals seem to have a great track record. When the "JAG" spinoff "NCIS" premiered on CBS on Sept. 23, 2003, it was met with commercial success. Like Dick Wolf's "Law & Order" franchise, "NCIS" followed the same episodic, procedural structure. The series, which follows a group of agents from the Naval Criminal Investigative Service, was named the second longest running scripted American primetime television series currently on the air as of 2020. With 17 seasons and nearly 400 episodes, "NCIS" — which has launched two successful spinoffs set in Los Angeles and New Orleans — is also the seventh longest running scripted American primetime series.

When "Family Guy" made its debut on FOX on Jan. 31, 1999, viewers got their first glimpse at both the wonderfully dysfunctional Griffin family and the genius of creator Seth MacFarlane. The critically acclaimed adult animated sitcom, which has aired 349 episodes and wrapped its 18th season in 2020, has been nominated for 12 Primetime Emmy Awards. It was nominated for outstanding comedy series at the 2009 Primetime Emmys — the second time an animated series was nominated for the accolade since "The Flintstones" did it in 1961.

Before there was "Grey's Anatomy," there was this medical drama. Created by Michael Crichton, "ER" is another memorable television series with an impressive legacy. The series, which premiered on NBC on Sept. 19, 1994, went on for 15 seasons until April 2, 2009, and aired a total of 331 episodes. Behind Shonda Rhimes' "Grey's Anatomy," "ER" is the second longest running primetime medical drama in U.S. television history and the fifth longest running medical drama worldwide. The renowned drama — which made stars of George Clooney, Julianna Margulies, Noah Wyle, Eriq LaSalle, Anthony Edwards, Sherry Stringfield and more — won an impressive 23 Primetime Emmy Awards during its run.

Seth MacFarlane has kept the hits coming. In addition to bringing us "Family Guy" and "The Cleveland Show," he debuted the popular series "American Dad!" on FOX on Feb. 6, 2005. Known for its pointed humor and political satire, the animated comedy, which now airs on TBS, has been a hit since it premiered. It debuted its 17th season in April 2020 and doesn't look to be going anywhere anytime soon: In January 2020, it was renewed by TBS for its 18th and 19th seasons.

When Jared Padalecki's appearances on "Gilmore Girls" became less frequent, fans were delighted to know that he'd be starring in another series. Led by Jared and Jensen Ackles, "Supernatural" debuted on The WB on Sept. 13, 2005. The show, which focuses on brothers Sam and Dean Winchester as they hunt supernatural entities, has aired 320 episodes in 15 seasons with a few more yet to come: Production on its final episodes was temporarily halted in March 2020 because of the coronavirus pandemic. Still, it's the longest running American fantasy television series ever.

Another hit procedural crime show that makes our list? None other than "Criminal Minds." The CBS series, which premiered on Sept. 22, 2005, followed the work and personal lives of a group of criminal profilers at the FBI. Starring Mandy Patinkin, Thomas Gibson, Lola Glaudini, Shemar Moore, Matthew Gray Gubler, A.J. Cook, and Kirsten Vangsness, the series was one CBS's most watched during its 15-year run. "Criminal Minds" concluded its final season in February 2020 after airing a total of 324 episodes.

In addition to having an incredibly addictive opening credits song (The Who's "Who Are You"), "CSI: Crime Scene Investigation" could also claim major commercial success. The series, which during its long run starred everyone from William Petersen, Marg Helgenberger, George Eads and Jorja Fox to Laurence Fishburne, Ted Danson and Elisabeth Shue, centered on a team of crime-scene investigators at the Las Vegas Police Department. The forensics procedural drama ran from Oct. 6, 2000, to Sept. 27, 2015, spanning 15 seasons and airing an impressive 337 episodes. It also launched three spinoffs.

Beloved sitcom "The Big Bang Theory" is another one that set television records. The series, which starred Jim Parsons, Kaley Cuoco, Johnny Galecki, Simon Helberg, Kunal Nayyar, Mayim Bialik and Melissa Rauch, ran for 12 seasons from Sept. 24, 2007, to May 16, 2019, and aired a total of 219 episodes. In addition to earning seven Emmy Awards during its run, the multicamera comedy spawned the prequel series "Young Sheldon," which is based on lead character Sheldon Cooper. In 2018, Jim was recognized by Forbes magazine as TV's highest paid television actor, having earned an estimated $26.5 million that year! Several of his co-stars came in right behind him.

"Hawaii Five-0," which was based on the police procedural of the same name that ran from 1968 to 1980, was rebooted on CBS on Sept. 20, 2010. The series starred Alex O'Loughlin, Scott Caan, Daniel Dae Kim and Grace Park and ran for 10 seasons, concluding on April 3, 2020. The series, which aired 240 episodes, was praised for its thrilling and modern spin on the original action-packed procedural drama. 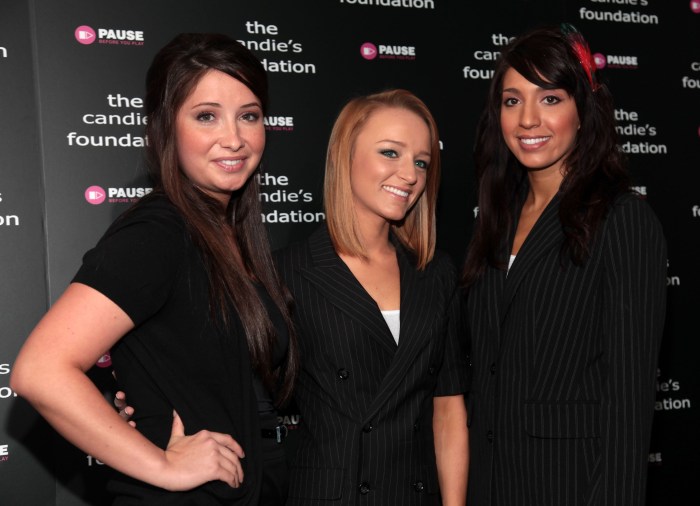