Somehow we blinked and 22 years passed since Britney Spears and her Mouseketeer gang (including Justin Timberlake, Christina Aguilera, Ryan Gosling and more) were on "The All New Mickey Mouse Club." Many of the kids left the show in 1995 to pursue acting and singing careers, and several of them managed to become some of the biggest names in the business (ahem, Britney). In honor of Britney's 36th birthday on Dec. 2, 2017, Wonderwall.com is checking in on her and her old Disney pals to see what's going on in their lives today. Keep reading for more…

RELATED: Pop divas: Where are they now?

Britney Spears was a Mouseketeer on "The All New Mickey Mouse Club" from 1993 to 1995. Before landing the coveted Disney Channel gig, Britney was a finalist on the talent competition "Star Search" in 1992.

Britney Spears disappeared for a few years after leaving Disney's "Mickey Mouse Club" but resurfaced in 1998 with the debut of her hit single "…Baby One More Time," which preceded her album of the same name by four months. After her massive recording success, Britney went on to release eight more albums, earn eight Grammy nominations (winning once) and star in the hit 2002 film "Crossroads." She also famously dated fellow Mouseketeer Justin Timberlake, got married twice (her quickie Vegas wedding to pal Jason Alexander was annulled) and had two kids with hubby Kevin Federline — all by the time she was 25. After a very public meltdown in 2007, which included shaving her head and attacking a photographer's car with an umbrella, Britney got on a new, healthier life path when a judge approved her father to head a conservatorship over her person and her finances, which is still in effect today. Her most recent album, "Glory," dropped in 2016 and peaked at No. 3 on the Billboard 200. She's currently dating fitness coach and model Sam Asghari and continues to perform in Las Vegas in her "Britney: Piece of Me" residency shows, which have run since 2013.

RELATED: These celebs started their own charities

From 1993 to 1995, Ryan Gosling appeared on "The All New Mickey Mouse Club." The TV role was Ryan's first foray into acting.

Long before Ryan Gosling was our favorite internet meme, he was a young kid from Canada trying to break into showbiz. Ryan worked steadily in Hollywood for nine years after leaving Disney's "The All New Mickey Mouse Club" before landing the role we'd all fall in love with — Noah in 2004's "The Notebook." Since then, Ryan's starred in numerous films (like "Crazy, Stupid, Love" and "La La Land"), earned two Oscar nominations, dated film sirens like Rachel McAdams and Eva Mendes (who later gave birth to his two children), and reportedly turned down the title of People magazine's Sexiest Man Alive twice. (Why, Ryan?) In 2017, he starred in "Blade Runner 2049" and began filming the biographical drama "First Man," in which he'll portray astronaut Neil Armstrong.

Christina Aguilera starred in "The All New Mickey Mouse Club" from 1993 to 1995. Before her two-year stint on the show, Christina competed on "Star Search" in 1990.

Christina Aguilera has been called the most successful star to ever appear on Disney's "The All New Mickey Mouse Club," and we'd have to agree. The five-time Grammy-winning singer, actress and mom released her self-titled debut album in 1999 and wasted no time carving a niche for herself in the world of pop music. Since then, Xtina's released six more albums (including one in Spanish), racked up 18 Grammy nominations, starred in "Burlesque" and appeared as a coach on the hit singing competition series "The Voice." As a mom of two, the sassy star has shied away from the spotlight more in recent years but reappeared with a vengeance in 2017 as the voice of Akiko Glitter in "The Emoji Movie" and in a breathtaking tribute to Whitney Houston at the 45th Annual American Music Awards. In 2018, Christina will appear in the romance "Zoe."

Justin Timberlake starred on Disney's "The All New Mickey Mouse Club" from 1993 to 1995. He left the show to pursue a music career with the boy band *NSYNC.

Remember how we said Christina Aguilera was considered the most successful former Mouseketeer? Well, it could be argued that Justin Timberlake deserves that title. After leaving Disney's "The All New Mickey Mouse Club" in 1993, Justin became the youngest member of the newly formed boy band *NSYNC, which (as boy bands tend to do) took the world by storm and made JT a certified teenage heartthrob. For three years, he dated former Disney co-star Britney Spears before breaking up in 2002. That same year, he left *NSYNC and launched his solo career with debut album "Justified," which earned him the first two Grammys of his career. He followed that success with three more albums and several movie roles including in "Love Guru," "Bad Teacher" and "The Social Network." He also famously dated some of the most beautiful women in Hollywood, including Cameron Diaz and Jessica Biel, whom he married in 2012. In 2015, JT and Jessica welcomed son Silas to the world. As of 2017, Justin's earned an impressive 10 Grammys (and 38 nominations) and an Oscar nod. He has a part in Woody Allen's "Wonder Wheel" co-starring Kate Winslet and is slated for two future films, "Trolls 2" and "Spinning Gold." ANd come 2018, he'll headline the Super Bowl LII Halftime Show.

Keri Russell starred on "The All New Mickey Mouse Club" from 1991 to 1993. While on the show, Keri also appeared on "Boy Meets World" and "Emerald Cove."

Keri Russell stayed busy after departing from Disney's "The All New Mickey Mouse Club" in 1993. She appeared in numerous shows and films but it wasn't until 1998 that Keri landed the iconic lead role in the hit series "Felicity," (which earned her a Golden Globe Award. While fans of the show still haven't gotten over her character's now infamous haircut, Keri's certainly moved on to bigger and better things. Along with appearing in films like "Dawn of the Planet of the Apes" and "Free State of Jones," Keri — who split from first husband Shane Deary in 2013 — has starred on the Emmy-winning series "The Americans" since 2013. Most interesting is that her on-screen hubby, Matthew Rhys, is also her real-life love and the father of her third child (and his first), son Sam, who was born in May 2016.

JC Chasez starred on "The All New Mickey Mouse Club" from 1991 to 1995. While on the Disney Channel series, JC also appeared on the TV show "Emerald Cove" in 1993. When he finally left "MMC," he and fellow Mouseketeer Justin Timberlake joined the newly formed boy band *NSYNC.

That's right — there were two *NSYNC members who got their start on Disney's "The All New Mickey Mouse Club." While JC enjoyed unparalleled success with *NSYNC, their 2002 breakup left him struggling to find the same career luck Justin Timberlake had. In 2004, JC released just one album, "Schizophrenic," which managed to peak at No. 17 on the Billboard 200 but only sold 121,000 copies. From there, JC took on small roles on TV shows like "The Ghost Whisperer" and "Las Vegas." In 2008, he became a judge for the reality competition series "America's Best Dance Crew" where he stayed until 2012. In 2018, JC will appear on the soundtrack for the TV series "King of the Golden Sun."

Rhona Bennett starred on "The All New Mickey Mouse Club" from 1991 to 1995. During her time on the show, she also appeared on series including "In Living Color" and "Emerald Cove" and also appeared in a video for the music group En Vogue.

After leaving "The All New Mickey Mouse Club" in 1995, Rhona Bennett landed several TV roles, including in "Homeboys in Outer Space" and "Living Single" before becoming a regular on "The Jamie Foxx Show" in '99. Along with acting, music was always a passion for Rhona. In 2001, she released her self-titled debut album. Two years later, she reunited with '90s R&B group En Vogue (she'd starred in one of their videos in '93) to become their newest member. She's toured on and off with the group over the years and in 2016 released a new single, "Take Me There."

Marque "Tate" Lynche starred on "The All New Mickey Mouse Club" from 1993 to 1995. He was a relative newcomer to Hollywood when he landed the Disney role.

While "The All New Mickey Mouse Club" produced many success stories, it was also part of a heartbreaking story. Unable to translate his two years on the show into new opportunities in Hollywood, Marque "Tate" Lynche disappeared from the spotlight in '96. In 2004, he re-emerged as a contestant on Season 3 of "American Idol" (alongside Jennifer Hudson) where he made it all the way to the semifinals before being voted off. Sadly, we didn't hear from Marque again until 2015, when he was discovered dead in his New York City apartment, a victim of alcohol poisoning. The actor and singer, who'd long battled depression, drank himself to death a month before his 35th birthday.

Nikki Deloach starred on "The All New Mickey Mouse Club" from 1993 to 1995. Like many of the other Mouseketeers, the show was Nikki's first big break in Hollywood.

After leaving "The All New Mickey Mouse Club" in 1995, Nikki Deloach landed several minor TV roles before being cast as M.J. Bevans on "North Shore." Over the years, Nikki's appeared on numerous shows like "Windfall" and "Without a Trace" as well as on the big screen in films like "The House Bunny" and "Love and Other Drugs." From 2007 to 2009, Nikki was a regular on "Days of Our Lives." Her biggest role to date was as Lacey Hamilton on the comedy series "Awkward," which ran from 2011 to 2016. In 2017, Nikki appeared in the TV movie "The Perfect Catch." She's been married since 2009 to fellow actor Ryan Goodell, with whom she shares one son. 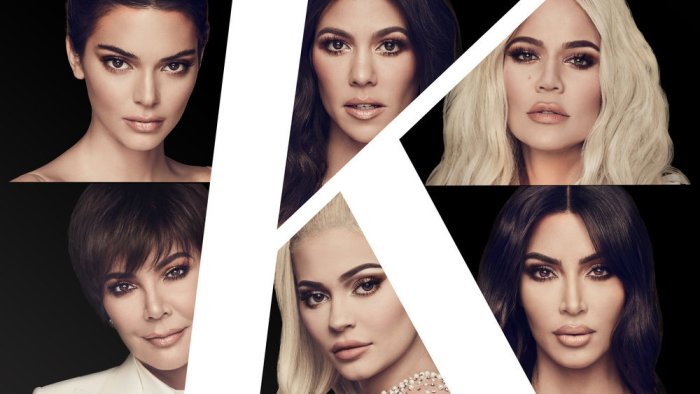