It's hard to believe the acclaimed police procedural that started it all has been off the air for a decade. In celebration of the 10th anniversary of the original run of the NBC series "Law & Order," which concluded on May 24, 2020, Wonderwall.com is taking a look back at some of the famous and surprising guest stars who appeared on the beloved legal drama during its run… starting with Kerry Washington! Before we knew (and loved) her on "Scandal" and "Little Fires Everywhere," Kerry made a guest appearance on the season 12 episode "3 Dawg Night" in 2001. Kerry, who was just 24 at the time, played  Allie Lawrence, the manager of a rapper who's a murder suspect. Keep reading for more…

RELATED: Movies to stream with a happy ending to brighten your day

While she's one of Hollywood's A-list celebrities now, there was a time where Jennifer Garner was a new, relatively unknown actress. In 1996 at 24, she made an appearance as a woman named Jamie on a season 6 episode entitled "Aftershock."

RELATED: Celebs get real about parenting and homeschooling amid the coronavirus pandemic

Academy Award-winning actress Allison Janney once appeared on the hit police procedural drama. She guest starred on two episodes: She played a diva soap star named Nora in the 1992 episode "Star Struck" and an executive named Ann Madsen who is afraid to testify against the Russian mob in the 1994 episode "Old Friends."

"American Horror Story" star Sarah Paulson is another A-list actress whose first known acting role was on an episode of "Law & Order." On the season 5 episode entitled "Family Values," which aired in 1994, Sarah played Maggie Conner, a 17-year-old girl who is suspected of murdering her mother.

Years before landing the starring role of Haley Dunphy on "Modern Family," former child star Sarah Hyland landed a part on a 2004 episode of "Law & Order." On the episode entitled "The Dead Wives Club, she played a young girl named Kristine McLean.

"Shameless" star Emmy Rossum appeared on the 1997 episode called "Ritual" as a young girl named Allison Martin who is afraid to testify against her parents.

Loved for her starring roles on "Gilmore Girls" and "Parenthood," television sensation Lauren Graham has amassed quite the list of impressive credits over the course of her career — and earlier on, she appeared on an episode of "Law & Order." In 1999, Lauren guest starred on the season 7 episode "D-Girl" as Lisa Lundquist, a movie producer who hired the police to help pen a script about crime.

Before he lit up the screen on the acclaimed television series "Luther," Idris Elba guest starred in the same episode of "Law & Order" as Kerry Washington in 2001. He played nightclub owner and murder suspect Lonnie Liston.

Two years before she took on her critically acclaimed starring role on the 1994 coming-of-age series "My So-Called Life," Claire Danes made her small-screen debut on an episode of "Law & Order" in 1992. The child actress played Tracy Brandt, the daughter of a murder suspect in an ep titled "Skin Deep."

Before she played Blair Waldorf on "Gossip Girl," Leighton Meester earned her first on-screen acting credit on the original run of "Law & Order" in 1999. She appeared in a season 9 episode entitled "Disciple" as Alyssa Turner, a homeless girl and friend of a murdered runaway. Leighton was just 13 at the time!

While he's widely known for playing heartthrob Dr. Danny Castellano on "The Mindy Project," Chris Messina is another star who once appeared on "Law & Order." He earned his first on-screen credit in a 1995 episode called "Rebels," in which he played Tommy Bell.

In the earlier phase of her acting career, Felicity Huffman guest starred on "Law & Order" twice: the first time on the 1992 episode "Helpless" as Diane Perkins, and the second time on the 1997 episode "Working Mom" as Hillary Colson.

Though she's best known for starring as Dr. Meredith Grey on "Grey's Anatomy," Ellen Pompeo first appeared on television on "Law & Order" in 1996. In the episode called "Savior" that aired during the show's 10th season, Ellen played a woman named Jenna Weber.

Another "Grey's Anatomy" star who once appeared on "Law & Order"? Before she headed to Shondaland, Chandra Wilson was on the 1992 episode entitled "Cradle to Grave" during season 2. She played the role of Serena Price.

Another now-famous actress who appeared on "Law & Order" early in her career? Kate Walsh. The "Grey's Anatomy" and "Private Practice" alum played Kristin Blair, a Navy lieutenant under investigation during the season 8 episode entitled "Navy Blues."

"Once Upon a Time" star Ginnifer Goodwin was an unknown actress when she made an appearance on a 2001 episode of the Dick Wolf series. She played a woman named Erica.

While he's known for his role as the Winter Soldier, aka Bucky Barnes, in the Marvel Cinematic Universe, Sebastian Stan previously guest starred on "Law & Order." In 2002 during season 13, he appeared on an episode entitled "Sheltered" as Justin Capshaw, a killer who was kidnapped as a young boy.

Prior to melting our hearts in "Love Actually," Laura Linney made an appearance on the acclaimed legal drama. She guest starred on the 1994 episode "Blue Bamboo" during season 5 as struggling singer Martha Bowen, whose producer is murdered.

"ER" and "The Good Wife" star Julianna Margulies earned her second on-screen credit when she appeared on the 1993 episode "Out for Justice" during the show's third season as Ruth Mendoza, a Navy lieutenant.

Late, great Oscar and Golden Globe winner Philip Seymour Hoffman, who starred in movies like "Capote," "The Master," "Doubt" and "Charlie Wilson's Car," kicked off his career on this police procedural. He played Steven Hanauer, an unruly college student charged with harassing a reporter.

Before he was hopeless romantic Ted Mosby on the Emmy-winning series "How I Met Your Mother," Josh Radnor guest starred on "Law & Order." Early in his acting career, Josh appeared as a man named Robert Kitson on the 2002 ep titled "Access Nation" from the show's 12th season.

The show that earned actress Vera Farmiga her third acting credit? "Law & Order." In 1998, she appeared on an ep titled "Expert" during season 8. She played a woman named Lindsay Carson who's embroiled in an ongoing murder trial.

"The People v. O.J. Simpson: American Crime Story" actor Courtney B. Vance popped up on the hit police drama early in its run. He initially played an uncredited role in a 1990 episode and later took on the part of Benjamin "Bud" Greer" on a 1995 episode entitled "Rage." 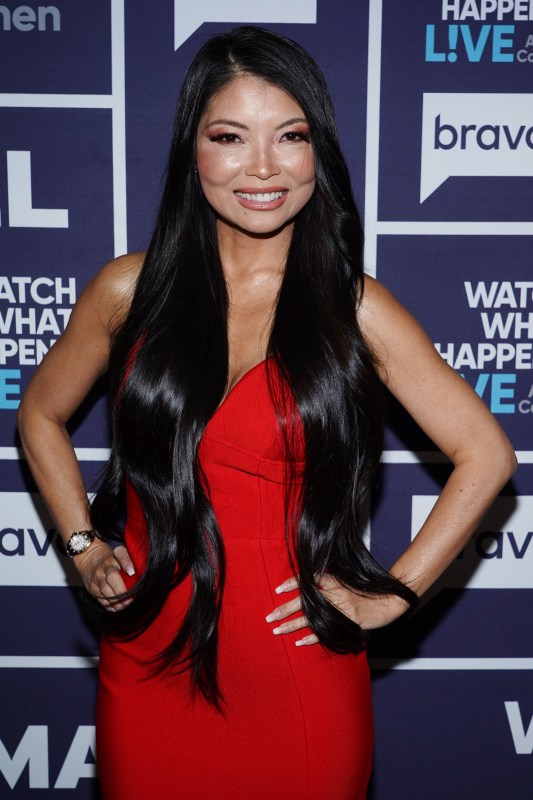