For four seasons, we watched Ryan Atwood, Seth Cohen, Summer Roberts, Marissa Cooper and the rest of the gang from "The O.C." endure more than their fair share of on-screen drama — from overdoses and stalkers to cheating scandals and untimely deaths. In honor of Peter Gallagher's 66th birthday on Aug. 19, 2021, Wonderwall.com is taking a look back at the Cohen family patriarch and his former co-stars to see what the cast of "The O.C." is up to — and what they look like — today. California, here we come…

RELATED: 2000s crushes then and now

Peter Gallagher had a pretty robust career before playing idealistic lawyer Sandy Cohen. Before "The O.C.," he starred in movies like "Sex, Lies, and Videotape," "American Beauty" and "The Man Who Knew Too Little" and in Broadway shows like "Guys and Dolls," "Hair" and "Long Day's Journey Into Night."

Peter Gallagher didn't just play a devoted family man on TV. The actor has two children, James and Kathryn (a Tony- and Grammy-nominated actress who appeared on season 1 of "You" and starred in Broadway's "Jagged Little Pill"), with wife Paula Harwood, whom he married in 1983. Peter has also appeared on shows like "Rescue Me" and "Californication" and in movies like "Burlesque" and "Step Up Revolution." He did a five-year stint on "Law & Order: Special Victims Unit" and more recently starred on "Grace and Frankie" and "Zoey's Extraordinary Playlist." In August 2021, Deadline reported that Peter has signed on for the upcoming 18th season of "Grey's Anatomy." He'll reportedly portray Dr. Alan Hamilton, a medical professional with ties to Meredith's mother, Dr. Ellis Grey.

Adam Brody starred as adorable and slightly nerdy comic-book-loving Seth Cohen, who strikes up a sweet romance with longtime crush Summer Roberts (played by Rachel Bilson, whom he also dated in real life).

Adam Brody and Rachel Bilson crushed teen dreams everywhere when they split in December 2006 after three years of dating. (Their characters on "The O.C.," however, stayed together and ended up getting married.) But Adam's heart didn't leave "The O.C." executive producer Josh Schwartz's TV universe. In 2013, he started dating Leighton Meester, whom he met while filming the 2011 indie flick "The Oranges." Adam and Leighton wed in February 2014, which is probably the closest we'll ever get to a "Gossip Girl"-"The O.C." crossover. They now share a daughter and a son. Adam hasn't really eclipsed playing Seth Cohen, but he has kept busy. Over the years, he's appeared in "Mr. & Mrs. Smith," "Jennifer's Body," "Scream 4" and "Baggage Claim," among other films, and popped up on TV's "House of Lies," "StartUp" and other shows. More recently, he did a seven-episode stint on Leighton's short-lived sitcom "Single Parents." He also popped up on an episode of the lauded FX drama "Mrs. America" and had a small but important role in the Oscar-winning 2020 drama "Promising Young Woman." Up next, he's set to return to the role of the superhero version of Freddy in the "Shazam!" sequel "Shazam! Fury of the Gods," which is due in 2023.

Most of the drama on "The O.C." revolved around troubled rich girl Marissa Cooper. The actress who played her — Mischa Barton — left the show after season 3, resulting in Marissa's tragic death in a car accident.

Like Marissa Cooper, Mischa Barton struggled during her young-adult years. In December 2007, she was arrested for DUI, marijuana possession and driving without a license and was sent to court-ordered rehab. Two years later, she landed in a mental health ward on a psychiatric hold after she started exhibiting worrisome behavior that she later attributed to exhaustion. She was hospitalized for a mental health evaluation again in 2017 — the same year she made headlines when two former boyfriends teamed up to shop a sex tape and naked photos of her that were taken without her consent. (She successfully sued to have distribution of the video and images blocked.) In addition to those two creeps, she's also been linked to a wide range of men over the years — from musicians Cisco Adler and Luke Pritchard to actor Sebastian Knapp, model James Abercrombie and playboy Brandon Davis. These days, she's coupled up with photographer Gian Marco Flamini. After "The O.C.," Mischa starred on the short-lived series "The Beautiful Life: TBL," appeared in a number of limited-release movies and failed to make an impression on the first season of "The Hills: New Beginnings." She also partnered with Artem Chigvintsev — and ultimately came in 11th — on season 22 of "Dancing With the Stars" in 2016.

Benjamin McKenzie played Ryan, a tough teen from the other side of the tracks who gets adopted by a rich lawyer and his family.

Benjamin McKenzie was already in his mid-20s and a college graduate when he broke out on "The O.C." Since then, he's continued to have a successful TV career: He played a cop on the acclaimed TNT drama "Southland" and until 2019 starred on FOX's Batman prequel series, "Gotham," where he struck up a relationship with co-star Morena Baccarin. They married in 2017 after welcoming daughter Frances a year earlier. They added son Arthur to their brood in March 2021.

Summer Roberts — Marissa's best friend and the object of Seth's affection — was only supposed to be a supporting character on "The O.C." But Rachel Bilson totally nailed the part, so her role was upgraded and she became one of the show's four main stars.

Rachel Bilson's relationship with Adam Brody didn't pan out, but she gave on-set romance another shot when she hooked up with "Jumper" co-star Hayden Christensen in 2007. The couple got engaged in 2008, briefly split in 2010, welcomed daughter Briar Rose in 2014 and then called it quits for good in 2017 amid reports he cheated with his "Little Italy" co-star Emma Roberts. Rachel — whom The Bling Ring infamously targeted back in 2008 — went on to briefly romance comedy star Bill Hader in late 2019 and early 2020. Meanwhile, she starred on The CW's "Hart of Dixie" from 2011 to 2015, had stints on "How I Met Your Mother" and "Nashville" and starred opposite Eddie Cibrian on the short-lived 2018 ABC crime comedy "Take Two." Since April 2021, she's co-hosted a popular podcast — "Welcome to the OC, B******!" — with former co-star Melinda Clarke. (More on her later!)

Willa Holland got Steven Spielberg's stamp of approval when she was just 7 years old: She was having a playdate with the director's kids at his Hamptons home when he told her mother to get her into modeling and acting. Seven years later, she scored the part of bad girl Kaitlin Cooper on "The O.C."

Willa Holland made a career out of playing troubled teens on TV. After "The O.C.," she guest starred on "Gossip Girl" as Agnes Andrews, who was a very bad influence on Jenny Humphrey. She then starred on "Arrow" as Thea Queen from 2012 to 2020. She also voiced Aqua in the "Kingdom Hearts" video game franchise and appeared in movies like "Legion," the 2011 "Straw Dogs" remake and the 2012 big-screen adaptation of Judy Blume's "Tiger Eyes." Impressively, Willa has managed to keep her personal life completely under wraps over the years.

Chris Carmack played Marissa's unfaithful jock boyfriend, Luke Ward. Though he was only a principal character on the show for one season, Chris gave us the series' most iconic line: "Welcome to the O.C., b****!"

Chris Carmack has continued to thrive on television: Since 2018 — when his five-year stint as Will Lexington on "Nashville" came to an end — he's portrayed Dr. Atticus Lincoln on "Grey's Anatomy." He also voiced Garth in "Alpha and Omega" and starred in straight-to-video sequels "Into the Blue 2: The Reef" and "The Butterfly Effect 3: Revelations." In 2016, Chris and longtime love Erin Slaver got engaged. They welcomed daughter Kai later that year and tied the knot in 2018.

Autumn Reeser joined the cast of "The O.C." in season 3 as overachieving goody-two-shoes Taylor Townsend. By the show's final season, Taylor had calmed down enough to join the core crew — she even dated Ryan!

Although we don't know if Taylor and Ryan ever reunited after splitting up, we do know who Autumn Reeser married in real life: writer-director Jesse Warren. The pair, who have two sons together, split in late 2014 following five years of marriage. Although Autumn has appeared in some movies, like 2016's "Sully," she's worked more consistently on the small screen, with recurring roles on shows like "Entourage," "Necessary Roughness," "Last Resort" and "Hawaii Five-0." She's also appeared in multiple Hallmark Christmas films.

On the final episode of "The O.C.," Kirsten gave birth to a baby girl. A year later in 2008, actress Kelly Rowan also gave birth to a baby girl! Her child's father is media mogul David Thomson, 3rd Baron Thomson of Fleet — the richest man in Canada. The couple were engaged but called it quits right before their daughter arrived. After "The O.C." came to an end, Kelly appeared in a few small independent films and made-for-TV movies. She also starred on TNT's "Perception" from 2012 to 2015. She made her last on-screen appearance in the 2016 Hallmark Channel made-for-TV movie "Tulips in Spring."

Following headline-making romances with Jennifer Aniston and Sandra Bullock in the '90s, Tate Donovan finally tied the knot in 2005. But it wasn't meant to be: He and writer-actress Corinne Kingsbury divorced in 2008 following just three years of marriage. After "The O.C." came to an end, Tate won roles in Oscar-winning films like "Argo," "Manchester by the Sea" and "Rocketman." More recently, he portrayed record producer and civil rights activist John Hammond in the 2021 Aretha Franklin biopic "Respect." He also appeared on popular TV shows like "Damages," "24: Live Another Day," "The Man in the High Castle" and "MacGyver." Tate also found a second calling as a television director, helming episodes of everything from "Gossip Girl" and "Glee" to "Madam Secretary," "Bloodline" and "30 for 30 Shorts," for which he won an Emmy in 2014.

Melinda Clarke was born to play a character as deliciously conniving as Julie Cooper: Her father, John Clarke, was an original cast member on "Days of Our Lives," and Melinda — who also starred on the soap for a bit — was actually born and raised in Orange County, California!

After "The O.C.," Melinda Clarke starred on "Nikita" from 2010 to 2013. She also had stints on "Entourage" (as a fictionalized version of herself), "Gotham" and, more recently, "The Vampire Diaries." She hasn't appeared on screen since 2018, though. Instead, she's focused recently on "Welcome to the OC, B******!" — her "The O.C."-centric podcast with former co-star Rachel Bilson that debuted in April 2021. In 2015, Melinda married professional river rafter Adam Farmer. She divorced her first husband — actor Ernie Mirich, with whom she shares daughter Kathryn — in 2005 following eight years of marriage. 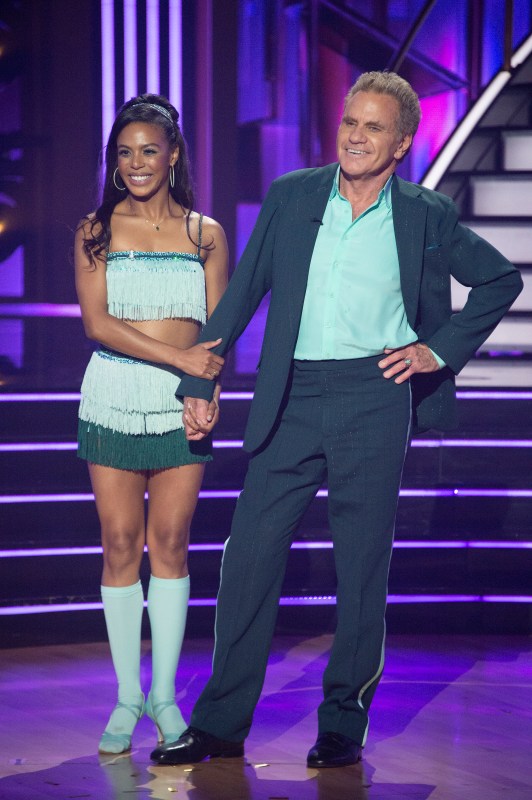