When Justin Bieber canceled the last 14 dates of his Purpose tour earlier this week, media outlets soon started wondering if his involvement in the Hillsong Church had something to do with it. Hillsong, for the uninitiated, was founded in Australia in 1983. The church shares beliefs that are Evangelical and Pentecostal in that it holds the Bible as the truth and authoritative in matters of faith. Followers often equate services to that of a rock concert with loud sounds and bright lights. Over the past several years, it has become a popular place of worship for celebrities, especially young celebrities, in Los Angeles and New York. In many way, it's shaping their lives. TMZ reported on July 25 that Justin canceled the tour because of "religious enlightenment," claiming he "rededicated his life to Christ." A separate story said that pastor Carl Lentz is essentially a second father to the singer — Justin's Instagram is actually flooded with photos of him and Carl. Some reports have even speculated that Justin's faith and dedication to Hillsong could be the end of his singing career. He is "becoming the Tom Cruise of that church," a source told TMZ. While attending the Hillsong conference in July, Justin said, "I just enjoy seeing people worship, praising God." He added, "I just think my faith grows everyday. My father is stronger than two years ago, better, stronger, wiser, kinder." Justin, 23, is hardly the only celebrity who attends Hillsong's services. Click through to see others who have put their faith in the church and its pastors…

Selena Gomez identifies herself as "Christian," and in 2016, she performed at Hillsong Church's Young & Free Revival Concert in Los Angeles. The 25-year-old even posted about it on Instagram, writing, "First time I ever lead worship. I got to perform my first worship song I ever wrote. So grateful for His grace and understanding." In June 2017, during an interview with the "Zach Sang Show" the singer was asked how much of a part religion played in her life, and she struggled to define it or even find the words. "It's hard because I don't know if it's necessarily that I believe in religion as much as I believe in faith and a relationship with God," she said. "I've never been the person that's like, 'this is what it should be.' I've just experienced things in my life where there are holes in things that nothing else can fill, and I know that if I didn't have the faith that I had it wouldn't have gotten me through some of the hardest times in my life and I stand by that. I think that there's just a lot that I wouldn't have been able to do. That word [religion] freaks me out sometimes, you know."

Kourtney Kardashian, 38, has long spoken about the guidance she gets from Hillsong pastor Rich Wilkerson Jr. She's been photographed with him; she talks about him on social media; of course, she attends Hillsong services, too. Rich, by the way, officiated the wedding of Kanye West and Kim Kardashian West in 2014. He was also dubbed by Esquire magazine as "becoming a Billy Graham for millennials."

Hailey Baldwin, 20, is a well-known attendee of Hillsong's New York church and, like so many celebrities, is pals with pastor Carl Lentz. She's posted photos with Carl and his wife, Laura. She attended Hillsong's five-day conference in 2016. "I don't think it's about making religion cool. I think it's about vocalizing [that] spirituality is OK," she told Be. Justin Bieber supposedly introduced Hailey to Hillsong.

In 2015, Vanessa Hudgens told the New York Times that she was a staunch follower of Hillsong Church, as is her boyfriend Austin Butler. "It feels like Arcade Fire — it's epic like that," Vanessa, 28, told The Times, referring to the rock band. "They really focus on you having your own personal relationship with Jesus, which is wonderful."

Because of Hailee Steinfeld's passion for Hillsong, she was actually linked to Justin Bieber. Hailee, 20, and Justin have both attended the same services. They're not dating, but they do worship together.

Cody Simpson, 20, was seen in the front row of a service in 2014 with Selena Gomez and then girlfriend Gigi Hadid. He reportedly still attends services.

The Kardashian-Jenner clan is committed to their friendship with Hillsong pastor Rich Wilkerson Jr., but they practice what they preach, too. In June, Kendall Jenner, 21, was seen attending services at the church's New York location. Kylie Jenner, 19, has been seen in images with pastor Carl Lentz.

Nick Jonas, 24, apparently attended the church in 2012. Whether he still attends services isn't know, but, as his fans know, he grew up in a very religious household.

"Bridge to Terabithia" AnnaSophia Robb "has been a faithful part of our church in New York for four or five years," Hillsong Pastor Laura Lentz said in 2017 during an interview for Spheres NYC. In the same interview, AnnaSophia, 23, said, "This church is my family." 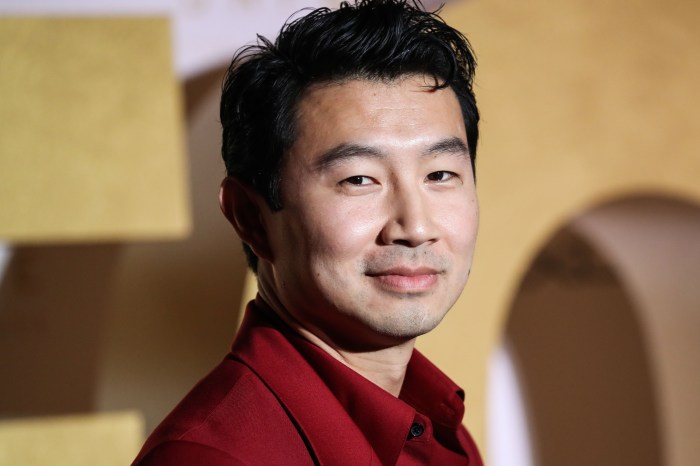