It was just five years ago that Katie Holmes finalized her divorce from Tom Cruise. Since then, we've seen her direct films, transform into the iconic Jacqueline Kennedy and raise her adorable daughter, Suri Cruise. What we haven't seen is her with another man… that was until Sept. 5, 2017, when the two were photographed hand in hand. For the past four years, Katie had been linked to Jamie Foxx. She'd remained mum on the romance rumors while he's claimed the two are just friends. Still, those pesky reports persist — likely for good reason (ya know, where there's smoke…). Keep reading to take a look at Katie and Jamie's romance timeline…

Rumors of a romance between Jamie Foxx and Katie Holmes were first ignited in August 2013 after they were spotted dancing at the fourth annual Apollo in the Hamptons bash in New York. There, Jamie and Katie linked arms and got fairly cozy. "I haven't had such a good time in so long," Katie was supposedly overheard telling her girlfriends, Us Weekly reported at the time. Not long after, Jamie told "ET," "[The rumors] are 100 percent not true. In fact, it's quite hilarious because we simply danced at a charity event along with a lot of other people."

RELATED: The biggest celeb story the year you were born

In January 2014, the New York Post reported that the alleged relationship between Katie Holmes and Jamie Foxx was coming along nicely. "Katie flew private to California to stay with Jamie at his home around the Grammys," a source told the paper. At the time, the source said the duo was keeping things "under wraps" and "treading carefully."

The big secret at the big game! Katie Holmes and Jamie Foxx headed to the Big Apple in February 2014 for Super Bowl festivities, but again, kept their romance extra hush-hush. Multiple reports claimed that the two spent time together but separately attended the game, which took place in nearby East Rutherford, New Jersey.

In March 2015, Us Weekly published a photo of Katie Holmes and Jamie Foxx sitting down together and seemingly holding hands as their legs touched. It reported that the pic had been snapped a month earlier. But days later, Jamie shot down dating rumors. When a videographer asked him how things were going with Katie, he responded, "Oh, come on, you guys have been trying to make that stick for three years." Asked whether there was any truth to the speculation, he replied, "No. We're just friends. As a matter of fact, Anthony Zuiker, creator of 'CSI,' he offered us an animation project. We're working on that."

Despite the denials, things continued to get more serious for Katie Holmes and Jamie Foxx, according to multiple reports. In May 2015, Us Weekly reported that she began using the "L" word with him. "She said she loved him," the source said, referring to a phone call. "She always gushes about how amazing he is and the joy he brings into the world." Jamie also reportedly started referring to Katie as "my girl" to his pals.

According to TMZ, Katie Holmes showed up to fete Jamie Foxx at his surprise 48th birthday party at New York City's Le Bilboquet restaurant in December 2015. Jennifer Hudson and Alicia Keys were also among the revelers.

We have confirmation, right? In June 2016, Jamie Foxx's pal, "The Real Housewives of Atlanta" alum Claudia Jordan, seemed to confirm his relationship with Katie Holmes when she appeared on the "Allegedly with Theo Von and Matt Cole Weiss" podcast. "[He's a] good friend of mine. He is very happy with her," Claudia said when asked about the status of Jamie's romance with Katie. "I like that he seems very happy." However, less than 24 hours after making those comments, Claudia backtracked and said she "misspoke." "I have no knowledge of Jamie with Katie at all," she told "Entertainment Tonight." "I've never seen them together, he's never told me he's dating her."

Katie Holmes was spotted at Barbra Streisand's concert at Brooklyn's Barclays Center in August 2016 the same night Jamie joined the diva on stage for a performance of "Climb Ev'ry Mountain," Us Weekly reported. "[Katie and Jamie] left from the dressing room area a few minutes apart from each other but she was hanging out in his dressing room with him after the show," an observer told the magazine.

Is this why they haven't gone public? In September 2016, Radar Online reported in somewhat spectacular fashion that the reason Katie Holmes and Jamie Foxx are keeping things so quiet is because there's a clause in Katie and Tom Cruise's divorce agreement that prevents her from publicly dating anyone until five years after the end of the marriage. Their divorce was finalized on Aug. 21, 2012.

You can't be in a high-profile Hollywood relationship (official or otherwise) without some breakup rumors! In October 2016, Radar Online reported that Katie Holmes and Jamie Foxx had split because she wanted to go public with their relationship but he was hesitant. "Jamie is tired of being pressured by Katie into going public," a source told the site. "He's asked for a few months out and made no promise he'll be available after that." The source went on to say that the pair had split and reconciled numerous times.

Katie Holmes and Jamie Foxx headed south for the winter in December 2016, at least for a couple of days. Us Weekly reported that the duo flew to Cabo San Lucas, Mexico, from Van Nuys, California, for a private weekend getaway to celebrate Katie turning 38. "It was a quick trip in honor of Katie's birthday. It was only them and two pilots on the plane," a source told Us. The duo reportedly stayed at the luxe Las Ventanas al Paraiso resort. "They stayed in one of the most private suites at the hotel, separate from other guests and entered by a small path," the source added. "They wanted to be very discreet and had everything delivered to their room and taken care of by a personal butler."

It sure seems like Katie Holmes and Jamie Foxx rang in 2017 with a kiss. Both celebrated the New Year in Miami. The duo reportedly got together for dinner on Dec. 30 then headed to the ultra-private Soho house to count down the end of 2016 the next night. A source told Us that the couple was spotted "holding hands while walking near the pool."

In April 2017, the discreet pair was photographed having dinner in New York City's East Village. A random diner captured evidence of the date — something media outlets haven't been able to do for years. "Look who I spotted on a date night 💅 @katieholmes212 @iamjamiefoxx I always heard rumors about them but never seen pictures of them until today," the person captioned the grainy Instagram photo that clearly showed Katie Holmes with a man who certainly appeared to be Jamie Foxx (it didn't show his face). The man wore dark sunglasses and a wide-brimmed hat. In an Instagram post that Jamie shared from the same night, he was wearing a very, very similar hat and glasses to that of the man in the snap with Katie. It doesn't take a rocket scientist to figure this one out. A few days after the Instagram pic emerged, a report claimed that Katie was ready to go public with the romance.

Nothing says love like Paris, oui? In May 2017, photos emerged of Katie Holmes and Jamie Foxx leaving the same hotel and boarding the same private jet in Paris. Prior to that, the two left the same hotel just minutes apart. The photos (seen here) were snapped after reports surfaced claiming the rumored couple had met up in Paris and didn't leave their hotel room. E! News quoted a source who said the duo actually stayed in Paris longer than anticipated after there was a problem with their plane. "Jamie had a big smile on his face as they returned to their hotel and snuck in through a private entrance," the source said. "They were very discreet and made sure to always enter and exit the hotel and the car separately." The romance is "not a secret among their friends," the source added.

On Sept. 5, Katie Holmes and Jamie Foxx were photographed holding hands on a public beach in Malibu (see the pics here!). There's no more denying it! The loved up duo was seen playing in the water and on the beach. This was officially their introduction to the world. 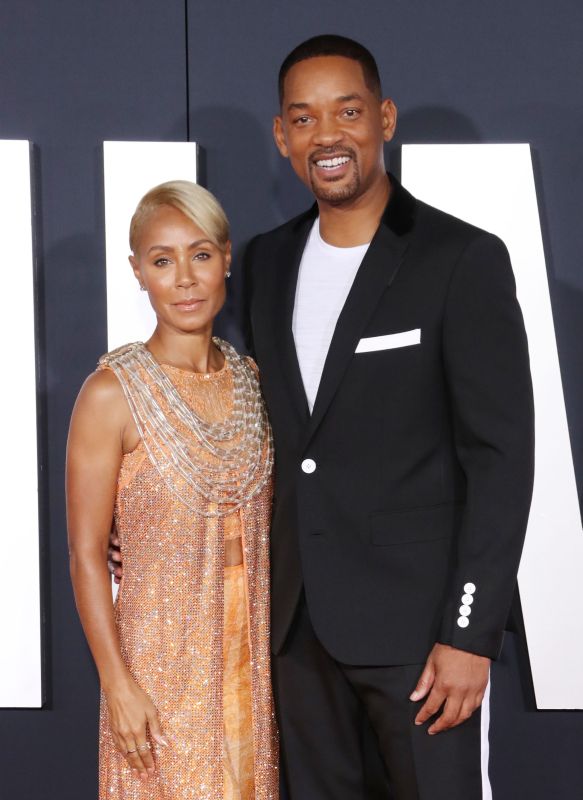 Up Next House Fire