The 69th Annual Primetime Emmy Awards are headed our way on Sept. 17, 2017. Join Wonderwall.com as we get ready for another round of designer hits and misses on the red carpet by first taking a look back at Emmys fashion from 10 years ago… starting with the lovely Mindy Kaling. In 2007, Mindy's hit show "The Office" was nominated for outstanding comedy series. The hilarious actress, who starred as Kelly Kapoor, slayed in this embroidered, curve-hugging, silver Badgley Mischka gown. Keep reading for more…

RELATED: Fashion hits and misses at the 2017 MTV VMAs

Jennifer Morrison, who starred as Dr. Allison Cameron on the hit show "House" — which was nominated for an Emmy for outstanding drama series in 2007 — arrived at the Primetime Emmys wearing a perfectly tailored silver beaded gown by Elie Saab. According to the star, the dress had to be taken apart to make it fit, but the extra effort clearly paid off.

Just five days before the 2007 Emmys, Kanye West released his third studio album, "Graduation." So it was no surprise when the rapper donned a shimmery gray suit and participated in a hilarious lyric battle with comedian and actor Rainn Wilson on stage during the award ceremony. The pair took turns rapping to Kanye's hit single "Stronger," but it was Yeezy's sleek style, complete with a large pair of designer shades, that got all the attention.

RELATED: Flashback to the 1997 Golden Globes

Heidi Klum brought drama to the red carpet in this thigh-revealing strapless wine-colored Dior Couture gown by John Galliano. If Heidi seemed to be lit from within, it's likely due to her excitement over her show "Project Runway" being nominated for an Emmy for outstanding reality-competition program.

Siblings Alec Baldwin and William Baldwin brought the bro code to the 59th Annual Primetime Emmy Awards in their dapper white and black tuxedos. Alec was nominated for outstanding lead actor in a comedy series for his work as Jack Donaghy on "30 Rock," which was also nominated for outstanding comedy series. According to the show's creator (and Alec's co-star) Tina Fey, he was so sure they weren't going to get the Emmy, he was in the bathroom when their win was announced!

Katherine Heigl's ivory fishtail gown by Zac Posen was a classic choice that brought a touch of Old Hollywood to the 59th Annual Primetime Emmy Awards. The blonde star had all eyes on her when she took home the Emmy for outstanding supporting actress in a drama series for her work as Dr. Izzie Stevens on "Grey's Anatomy" that year.

Nominated for an Emmy for outstanding supporting actress in a comedy series for her performance as Pam Beesly on "The Office," Jenna Fischer came ready to slay the red carpet in a poufy foil-embellished Zuhair Murad gown. However, she missed the fashion mark and found herself topping some worst-dressed lists for the night. Her tiny frame disappeared in the bulky gown (which Jenna said she chose because it was comfortable after having back surgery a few weeks prior) and the gigantic bow at her waist came off as silly instead of sophisticated.

While most women opted for floor-length gowns, Eva Longoria hit the 2007 Primetime Emmys red carpet in a glittering gold cocktail dress by Kaufman Franco. The "Desperate Housewives" actress was there to support her BFF and co-star Felicity Huffman, who'd been nominated for outstanding lead actress in a comedy series for her work on the show.

"Heroes" star Hayden Panettiere arrived on the 2007 Primetime Emmys red carpet wearing a billowing, iridescent Marc Bouwer gown that was widely panned by fashion critics as being too large and lacking shape. A writer from Entertainment Weekly even joked that 18-year-old Hayden might have been trying to sneak a friend in under her voluminous dress.

While shimmery, sheer fabrics dominated the 2007 Primetime Emmys red carpet, Queen Latifah brought bold style by wearing a curve-hugging crimson gown. The actress and music star was a nominee for outstanding lead actress in a limited series or movie for her work in the TV film she executive produced and starred in, "Life Support."

Although Ryan Seacrest was widely panned for his hosting performance at the 59th Annual Primetime Emmy Awards, at least he dressed for the occasion. Opting for a modern black-tie tuxedo, the "American Idol" host tried to engage stars with his trademark red carpet banter, but it wasn't well-received. In fact, he was singled out as one of the reasons the ceremony had the second lowest viewing audience in Emmys history.

Red-headed star Marcia Cross from "Desperate Housewives" stunned in this shimmery Georges Chakra gown just six months after giving birth to twins. She was there to support co-star and close friend Felicity Huffman, who was nominated for an Emmy for outstanding lead actress in a comedy series.

Edie Falco, who was nominated for outstanding lead actress in a drama series for her performance as Carmela Soprano on HBO's "The Sopranos," arrived in an embellished gown that could have been sensational, had it been properly fitted to her amazing body. The playful black-and-white embroidered flowers were a nice touch (up close), but from far away, they did little to make the dress red carpet ready.

Depending on who you talk to, Vanessa Williams' sea foam green, plumage-heavy gown by Kevan Hall was either a major hit — or a resounding fail. We think Vanessa, who arrived on the red carpet excited to see if her Emmy nomination for outstanding supporting actress in a comedy series for "Ugly Betty" would become a win, looked beautiful, even if her dress left litter in its wake.

It's impossible for Helen Mirren to look anything less than amazing on or off the red carpet and we'll fight anyone who says otherwise. While some might have critiqued the British star's messy bed-head hair and the large broach decorating her decollete, we think Helen looked like royalty in her silky plum gown. She went on to take home the Emmy for outstanding lead actress in a miniseries or movie for her performance as Jane Tennison in "Prime Suspect: The Final Act."

"Ugly Betty" star America Ferrera proved she was nothing like her fashion-challenged on-screen character when she arrived on the red carpet wearing this stunning sapphire Monique Lhuillier strapless gown. The bold color choice paid off when America took home her first-ever Emmy for outstanding lead actress in a comedy series.

Olivia Wilde caught everyone's eye in this stunning nude, off-the-shoulder couture gown by Zuhair Murad. A vision of glimmery gold and beige, Olivia (who starred on "The Black Donnellys" in 2007) kept the rest of her look fairly simple, letting her natural beauty shine through.

One of the biggest color trends on the Emmys red carpet in 2007 was black and white, which Christina Aguilera rocked to perfection in a strapless Valentino gown. The five-months-pregnant singer made a quick change before performing with the legendary Tony Bennett to sing "Steppin' Out (With My Baby)" on the Emmys stage that night.

Actress and former model Rebecca Romijn looked like a vision of Old Hollywood in this vintage Guy Laroche beaded gown. The pale, shimmery tones warmed her skin and made the "Ugly Betty" actress look as if she was glowing. Her show, which had an amazing 11 Emmy nominations in 2007, took home three awards, including one for friend and co-star America Ferrera.

"The Office" actress Rashida Jones was a vision of red carpet perfection in this navy blue halter-style gown, which featured a feathery embellished hemline. The beautiful star came to cheer on the cast and crew of her show, which received an impressive nine nominations.

It's no surprise that fashion consultant and Bravo "Guide to Style" host Tim Gunn brought his A-game to the 2007 Emmys. His perfectly fitted tux had a subtle sheen and was pulled together with a classic bow tie. Always dapper, Tim set the bar high for men's award show style.

We all love Paula Abdul (she's forever our girl), but no one can be certain what the "American Idol" judge was thinking when she wore this layered gown by Elizabeth Emanuel to the 2007 Emmys. With the focus on her, um, bosom, Paula looked ready to breastfeed, not celebrate the numerous Emmy nominations her show received. Her one-boob style (which was oddly reminiscent of Angelina Jolie's 1998 Primetime Emmys gown by Randolph Duke) landed Paula squarely on the worst dressed list for the night.

Former *NSYNC member Joey Fatone looked a little too casual in this poorly fitted tuxedo during the 2007 Primetime Emmy Awards. Joey, who hosted a red carpet preshow alongside Lisa Rinna that night, made up for his baggy duds with his sparkling sense of humor and affinity for playful banter with stars as they arrived for the big event.

"Ugly Betty" actress Becki Newton proved she'd learned a thing or two about fashion when she arrived on the red carpet wearing this mermaid-inspired dress from J. Mendel. Becki, who was there to cheer for co-star America Ferrera and director Richard Shepard (both received nominations and won), proved with her ambitious style choice that it's totally cool to find inspiration in the pages of our favorite fairy tales.

While going short to any award show is a risky move, sometimes it pays off. Unfortunately for comedian, actress and former "MADtv" cast member Arden Myrin, her beaded and ruffled cocktail dress left her in a fashion deficit. The flapper-inspired look was more appropriate for the Emmy afterparties than the red carpet. 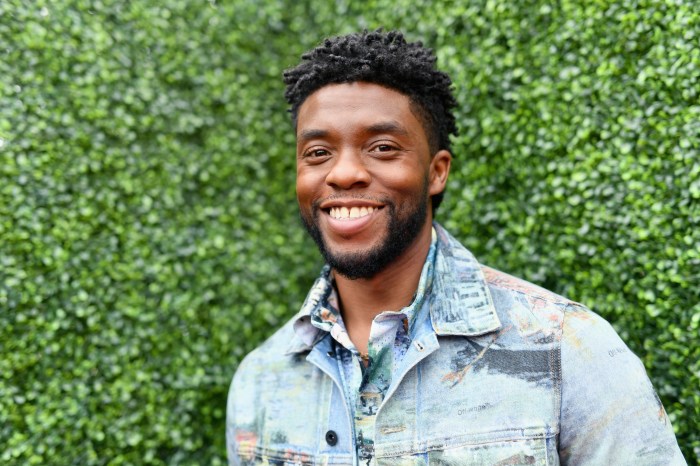