A tall tail, er, tale has taken over the Internet. What exactly was in that box of Cinnamon Toast Crunch? Earlier this week, comedian Jensen Karp tweeted images of what appeared to be shrimp tails he found in a box of Cinnamon Toast Crunch he purchased. The cereal saga has gone super viral. General Mills asserts that the thing that looks like a shrimp tail is nothing more than "accumulation of the cinnamon sugar." Celebrities, though, weren't buying that explanation and said this was a bona fide Cinnamon Toast Crustacean. "Boy Meets World" star Danielle Fishel — who is (surprise!) married to Jensen — tweeted that the General Mills assertion put her "truly at a loss for words." She later added, "I usually wait for lunch to eat shrimp." The latest? On March 23, Jensen tweeted that "a Carcinologist (crustacean researcher) that works at NHMLA is going to morphologically identify the shrimp using microscopy and he will work with a team of researchers to use DNA to try and identify the putative shrimp down to species. THIS IS HAPPENING." Keep reading to see which other celebrities are weighing in on the fishy story…

"It would be a travesty if @JensenKarp became best known for finding shrimp tails in his Cinnamon Toast Crunch," Linkin Park's Mike Shinoda tweeted. "He is also a razor sharp comic mind, an accomplished gallery owner and curator, spectacular radio and podcast personality, and all-round good dude. For the record." Jensen replied, "Thank you, buddy. My new nightmare is my obituary."

RELATED: Stars who are vegan

"Pranked my office early for April Fools. I told them we're having shrimp cocktail for lunch! #CinnamonToastShrimp #CinnamonToastCrunch" –Barbara Corcoran

"Fun fact: the Cinnamon Toast Crunch shrimp guy gave me 5 racks to shoot a video back when I still had a nose ring" –Chance the Rapper, who also posted an old video showing Jensen Karp giving him a check for $5,000

"The way people felt about the Oprah interview, I feel about this. Need constant updates and commentary" –Pete Holmes

"Guess who was in a #CinnamonToastCrunch commercial?" Jenny Lewis tweeted along with a link to the throwback commercial. She added the hashtag "Cinnamon Toast Crunch ShrimpGate."

"SHUT IT DOWN!!! @CTCSquares" –Jon Taffer

"Jensen I am so shook" –Rebecca Black 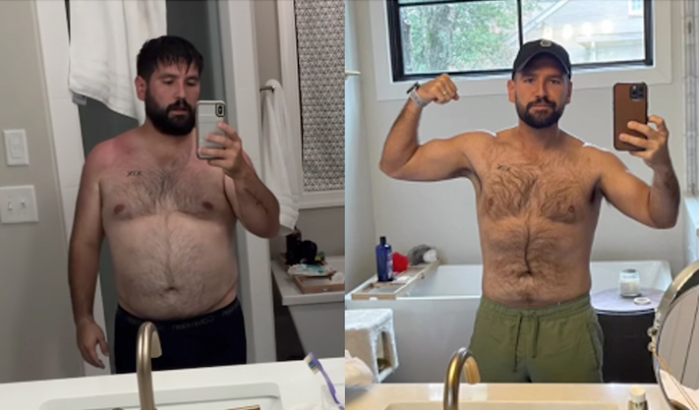