Join Wonderwall.com as we take a look at some of our favorite famous Asians in Hollywood and beyond who've made history… starting with Lucy Liu, who celebrates her 53rd birthday on Dec. 2, 2021! In 2000, Chinese American actress Lucy Liu — one-third of the titular trio from the "Charlie's Angels" films — became the first Asian woman to ever host NBC's "Saturday Night Live."

In 2021, Chinese Canadian actor Simu Liu — who got his start starring on the CBC Television sitcom "Kim's Convenience" — made history as the Marvel Cinematic Universe's first Asian superhero. He landed the title role in "Shang-Chi and the Legend of the Ten Rings," which features a star-studded Asian cast that includes Awkwafina, Tony Leung and Michelle Yeoh. "A superhero represents infinite possibility. It represents the peak of aspiration and courage," Simu told The Washington Post. "And if you see yourself reflected as a superhero, you will give yourself permission to dream anything. I deeply believe that every single community deserves to feel that." Simu is not only the first Chinese Marvel superhero — in late 2021, he also became the fourth Chinese star to ever host "Saturday Night Live."

At the 2019 Golden Globe Awards, Sandra Oh — whose star rose when she played Dr. Christina Yang on ABC's "Grey's Anatomy" — was named best lead TV actress for her starring performance as Eve Polastri on the BBC's "Killing Eve." The award marked a historic moment for Asians in Hollywood — namely that Sandra, a Korean Canadian woman, became the first actress of Asian descent to win in that category in 39 years! (Yoko Shimada was the first Asian actress to do it — she took home the award in 1980 for her work in "Shogun.") "I said yes to the fear of being on this stage tonight because I wanted to be here to look out into this audience and witness this moment of change," Sandra said in her acceptance speech. "But right now, this moment is real." Sandra also made history that evening as she was the first Asian woman to ever host the Golden Globes.

RELATED: See "Grey's Anatomy" stars when they were young

During the 2021 Summer Olympics in Tokyo, which were broadcast on NBC, Sunisa "Suni" Lee — the first Hmong American Olympic gymnast to ever represent Team USA in the Games — on July 29 also became the first Asian American woman to take gold in the gymnastics all-around competition, NBC News reported. On top of that, Suni's victory made her the fifth consecutive American woman to claim the all-around championship title, following in the footsteps of Simone Biles in 2016, Gabby Douglas in 2012, Nastia Liukin in 2008 and Carly Patterson in 2004.

If you have yet to watch "Parasite," we suggest you go do so immediately. At the 2020 Academy Awards, South Korean filmmaker Bong Joon-ho made history when he took home the prizes for best director and best picture for the satirical film. "Parasite" also made history when it became the first non-English language film to win best picture in the Oscars' 92-years history. "Once you overcome the one-inch-tall barrier of subtitles, you will be introduced to so many more amazing films," the filmmaker said during his acceptance speech.

While Olivia Rodrigo started off as a Disney star, she's since evolved into so much more. By 18, the Filipina American multi-hyphenate — who hails from Temecula, California — had broken records as a recording artist. Take, for example, Olivia's debut album, 2021's "Sour," which broke the Billboard record for most songs in the top 10 at one time by any woman. Olivia, who had eight songs in the top 10, surpassed the only other woman who's previously held the title — Taylor Swift, who'd had six songs at the top of the chart at once. Her success doesn't stop there: Olivia's second single, "good 4 u," also broke the record for most plays in a single week on Spotify.

We love seeing women of color make history! At the 2021 Academy Awards, Chinese filmmaker Chloé Zhao took home the Oscar for best director for "Nomadland," becoming the second woman ever and the first woman of color to do so. "Nomadland" also won the best picture Oscar that evening. "This is for anyone who has the faith and the courage to hold on to the goodness in themselves, and to hold on to the goodness in each other, no matter how difficult it is to do that," Chloé said on stage. "You inspire me to keep going. Thank you."

Naomi Osaka is an absolute star in more ways than one! In 2018, the Japanese Haitian tennis player (who was just 20 at the time) made history when she became the first Japanese professional player and second Asian player (after China's Li Na) to ever win a Grand Slam singles title when she emerged the victor over Serena Williams in the U.S. Open Women's Final.

At the 2017 Emmys, Riz Ahmed took home the award for outstanding lead actor in a limited series for his performance on "The Night Of," making him the first Muslim and first Asian male to win an acting Emmy. That wasn't the only time Riz, who was born to British Pakistani parents, has made history either. At the 2021 Academy Awards, Riz made history as the first Muslim male to earn a nod for best actor with his starring portrayal in 2020's "Sound of Metal."

Awkwafina (real name: Nora Lum) became the first Asian American woman to win a Golden Globe Award for best actress in a musical or comedy when she took home the prize at the 2020 Golden Globes her starring performance in Lulu Wang's "The Farewell," a film about a Chinese American immigrant woman who struggles to find her cultural identity all while trying to spend time with her sickly grandmother. "I'd like to dedicate this to my dad, Wally. I told you I'd get a job, Dad. And to my grandma, my best friend, the woman who raised me," Awkwafina, who was born to a Chinese American father and Korean mother, said during her acceptance speech. "And to my mother, Tia, who I always hoped was watching from somewhere above, and I hope that she's watching now. Thank you all, thank you."

Steven Yeun, who came to fame as Glenn on AMC's "The Walking Dead," added "Academy Award-nominated actor" to his resume in 2021. At the 93rd Annual Academy Awards, Steven, who is Korean American, became the first Asian American actor to earn a best actor nod (which he received for his starring performance as Jacob in Lee Isaac Chung's "Minari"). "We're still navigating a business and a career and an art form that doesn't really have a lot of Asian Americans in it," he told the Los Angeles Times. "That's changing. But it also leaves us with no real road map. So then every step feels new. Every step feels like frontier. I found pride for that lately."

Vietnamese American actress Kelly Marie Tran is no stranger to breaking down barriers in Hollywood for Asian Americans. It all began with 2017's "Star Wars: Episode VIII — The Last Jedi" when she played rebel fighter Rose Tico, becoming the first Asian American woman to have a lead role in the franchise. She also has two additional firsts on her resume — she was the first Asian to be featured on the cover of Vanity Fair and she made history for voicing Disney's first Southeast Asian Princess, Raya in 2021's "Raya and the Last Dragon."

Lea Salonga has long been regarded as one of Broadway's finest voices. Following the opening of "Miss Saigon" on Broadway in 1991, Lea, a Filipina singer-actress (who was just 20 at the time), became the first Asian woman to win a Tony Award — best actress in a musical for her portrayal of Kim in "Miss Saigon." Lea has also famously provided the singing voices of two Disney princesses — Jasmine and Mulan.

Hayao Miyazaki, a Japanese animator-director-screenwriter and co-founder of the acclaimed animation company Studio Ghibli, has long been a major force in the film industry. His outstanding repertoire includes "Castle in the Sky," "My Neighbor Totoro," "Kiki's Delivery Service" and "Porco Rosso." His 1997 film "Princess Mononoke" became the first animated feature film to win the Japan Academy Prize for picture of the year. 2001's "Spirited Away" became the highest grossing film in Japan and earned the Academy Award for best animated feature in 2003. In 2014, Hayao received an honorary Oscar at the Academy of Motion Picture Arts and Sciences' Governors Awards for his contributions to animation and film. In late 2021, Hayao announced that he's coming out of retirement to make a new animated feature film based on Genzaburo Yoshino's 1937 book "How Do You Live?"

Before there was "Crazy Rich Asians," there was "The Joy Luck Club," which debuted in 1993 and chronicled the interpersonal dynamics between four Chinese immigrant women and their Americanized daughters. The film, which is based on Amy Tan's 1989 novel of the same name, was groundbreaking as it was the first major Hollywood studio movie with an all Asian American mostly female cast.

Who is considered Hollywood's first Chinese American movie star? That would be Anna May Wong, whose acting career spanned an impressive four decades. Anna came to prominence during Hollywood's silent film era. In 1951, she landed a starring role on the series "The Gallery of Madame Liu-Tsong," which made her the first Asian American to lead a series.

Chinese American journalist Connie Chung is a television pioneer. She co-anchored the "CBS Evening News" alongside Dan Rather from 1993 to 1995, becoming the first Asian American and only the second woman ever to land a coveted nightly news anchor spot at any major TV network. On top of that, the three-time Emmy winner has been an anchor and reporter for almost every major news network including ABC, CBS, NBC, CNN and MSNBC.

From being a special correspondent on "The Oprah Winfrey Show" to hosting "This Is Life with Lisa Ling" on CNN, Lisa Ling has crafted an admirable career as one of the most well-respected and award-winning Asian American journalists in Hollywood. She's cited Connie Chung as one of her inspirations. "As an aspiring journalist, I didn't know another woman of my generation who is Asian American who didn't aspire to be Connie Chung one day," Lisa, who is Chinese American, told the Center for Asian American Media in 2014. "Connie really paved the way, not just for Asian journalists, but women, in so many ways. And I will always regard her so highly and be appreciative of the challenges she faced."

At 13, Japanese skateboarder Momiji Nishiya made history when she took home the first ever gold medal in the women's street skateboarding competition during the 2020 Summer Olympics. She not only became Japan's youngest Olympic gold medalist — she's now the third youngest gold medalist in Olympic history! 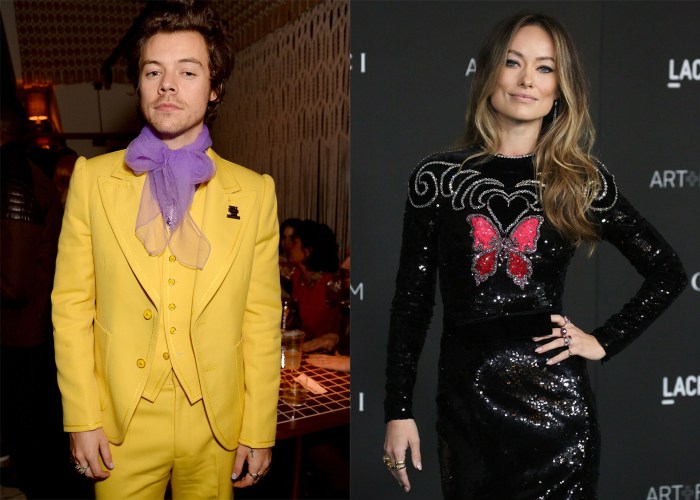 Up Next 'Wonderful Experience'