"Outlander" returns to Starz on Nov. 4, 2018, for Season 4 and we can't wait! As we gear up for the next chapter of the acclaimed Scottish saga, which has just taken its main characters to colonial America, check out the cast as they appear on the hit period drama — then keep clicking to reveal how they look in real life when they've slipped out of their costumes and wigs. Let's start with Caitriona Balfe, who stars as time-traveling heroine Claire Beauchamp Randall Fraser…

RELATED: "The Walking Dead" stars: What they look like in real life

When she's not fighting for her life — or relishing being reunited with TV husband Jamie Fraser (played by Sam Heughan) — on-set, Caitriona Balfe ditches her corsets, bum rolls and gray-streaked curly wig in favor of designer looks and a dark-brown bob with bangs.

RELATED: "Outlander" Season 4: A guide to who's who and what's new

Wait, what happened to Jamie Fraser's trademark auburn ponytail? Yep, "Outlander" star Sam Heughan looks quite different without his period wig. In 2018, he cut and dyed his hair a much darker hue (he's a natural dirty blonde!) to shoot a new role in the 2020 superhero-action flick "Bloodshot."

Sophie Skelton stars on "Outlander" as Brianna Randall, Claire and Jamie's biological daughter who was raised by Claire and late husband Frank Randall in 20th century Boston. On Season 4, she's going to college at MIT in the early 1970s.

On "Outlander," Richard Rankin plays Roger Wakefield, the Oxford history professor who's mourning the death of his adoptive father Rev. Wakefield as he becomes romantically involved with Brianna.

After cutting off that shaggy 1970s hair and shaving his beard, Scottish actor Richard Rankin is quite the handsome devil! We think 2018 suits him just fine.

César Domboy stars as Fergus Fraser, the all-grown-up French orphan originally named Claudel who was taken in by Claire and Jamie on "Outlander."

Out of his wig, breeches and period attire, young Scottish actor John Bell — who has short platinum-blonde hair in real life — looks like a whole different person.

Nell Hudson was aged to play Laoghaire on Season 3 of "Outlander" in 2017.

Actress Lauren Lyle and onscreen mom Nell Hudson — who's just two years her senior in real life — are far younger and more glamorous in the 21st century than their "Outlander" alter egos, Marsali and Laoghaire, are in the 1700s.

David Berry plays bewigged British Army officer Lord John Grey, who during Season 3 of "Outlander" in 2017 was serving as the governor of Jamaica.

Tobias Menzies played Claire's handsome but aloof first husband in the mid-20th century, historian Frank Randall, on "Outlander" during its first three seasons. But that's hardly his only contribution to the show…

In real life, Tobias Menzies is handsome and happy. Look at those laugh lines! We failed to notice those before — after all, the English actor, who's currently shooting another period drama — "The Crown" — didn't exactly get the opportunity to beam with joy as either of his "Outlander" alter egos.

Lotte Verbeek portrayed the mysterious, murderous Geillis Duncan on "Outlander" in both the 20th and 18th centuries. The time traveler is seen here as her alter ego, Mrs. Abernathy, on Season 3 in 2017.

Hello, Geillis! When she wasn't causing mischief on "Outlander" during its first three seasons, Dutch actress Lotte Verbeek loved to hit the red carpet in modern attire. Unlike Geillis, who was always stuck in period clothing (or nothing at all!), Lotte gets to show off her phenomenal figure — and long red hair — in real life.

Gary Lewis played Jamie's uncle Colum MacKenzie, the sickly yet powerful leader of the MacKenzie clan, on the first two seasons of "Outlander."

He may be less follicly blessed than his "Outlander" alter ego, but Scottish actor Gary Lewis certainly looks healthier and happier in real life, dontcha think?

We hardly recognized Graham McTavish without the traditional Scottish garb he sported to portray Dougal on "Outlander" — but luckily, he kept his iconic beard! 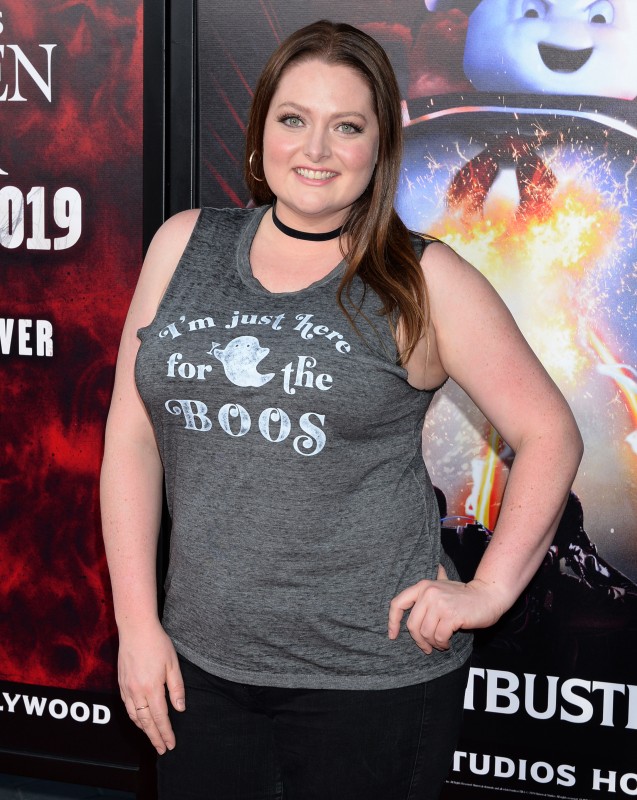