Billy Eichner, Anna Kendrick hilariously 'come out' as a couple in response to clickbait story about their alleged romance

Sorry ladies, Billy Eichner is still very much an openly gay man, despite a bit of viral clickbait that recently suggested otherwise. He's also still hilarious, as proven by his response to said clickbait. On Saturday, the "Billy on the Street" star shared a screenshot of an article touting his supposed romance with "Noelle" costar Anna Kendrick as one of the "new celebrity couples that made us believe in love in 2022." The photo showed Billy and Anna's pic beside an image of Rebel Wilson and her new girlfriend, Ramona Agruma. "Um," wrote Billy, who covered Entertainment Weekly's Pride issue earlier this month. "Hey @AnnaKendrick47 — cats out of the bag!!!" he posted on Twitter. Playing along (and then some), Anne joked in response, "We can finally live our truth Billy! You've felt so pressured to seem like a gay man that you made #BrosMovie but you're free now! Our love can flourish!" Anna was referring to the comic's upcoming feature film, "Bros," which the New York Times notes is a "rare" case of "a major studio comedy about queer characters, played by queer actors." In the comments on Billy's Instagram post, Anna cracked one more joke, writing: "Honestly… I was so into this dress and ponytail, I'm just glad this pic is getting some play. Also, love you baby." Back on Twitter, meanwhile, Billy was still having fun with his alleged straight romance. "Guys I know this is really bad timing with all the Bros stuff," he posted, "but…I'm straight." In another tweet, he shared the "Bros" trailer, which he declared to be "PROOF I'M STILL GAY," before quipping the next day: "Look guys, this is Hollywood. BROS is coming and I have to say I'm straight so that I can win AWARDS for playing gay!"

Keep reading for the latest on Lizzo, Selena Gomez and more …

RELATED: Check out the most powerful LGBTQ+ movies to stream during Pride

Madonna shared a non-traditional Father's Day message over the weekend, honoring the roles she plays as a single mom in the lives of her six kids … in other words, she wished herself a happy Father's Day. In a series of posts on her Instagram Story on Sunday, the singer, 63, showed off photos of herself with her children, Lourdes Leon, 25; Rocco Ritchie, 21; David Banda, 16; Mercy James, 16; and twins Stella and Estere, 9, captioning the shots, "Happy Father's Day to Me!!" She also shared a clip of her gravity-defying booty, mid-shake, with the caption, "Who's the Daddy………….," on her Instagram feed. While the eldest kids in Madge's family are both reportedly close with their dads, Carlos Leon (Lourdes) and Guy Ritchie (Rocco), the singer has been raising David, Mercy, Stella and Estere by herself since she adopted them over the years in Malawi, the same country where she founded her Raising Malawi charity to support education and other basic needs for orphaned children.

Lizzo celebrates Juneteenth with a call to action for fans

For the third straight year, Lizzo celebrated Juneteenth with her "Juneteenth Give Back" program, an interactive contest where fans earn points towards prizes like free Lizzo concert tickets by taking action in support of a host of social justice organizations and more. The Houston native also shared a moving message on Instagram about the federal holiday, which commemorates the day in 1865 when Union soldiers arrived in Galveston, Texas, to announce that all enslaved Americans were now free — more than two years after the Emancipation Proclamation. "Juneteenth is about giving Black citizens of this country our own Declaration of Independence," Lizzo shared on Sunday. "It is about the complicated and nuanced history we have with this country. A day to celebrate the autonomy of our bodies and freedom from slavery. A time of remembrance of those who built this country and space for Black Americans to honor our ancestors." She added: "I hope you'll use Juneteenth has an opportunity to educate yourself on our history and on how to be anti-racist. Because we ain't free until we are all free."

Khloe Kardashian may not be seeing anyone formally in the wake of her latest split from Tristan Thompson, but she has been going on dates, according to People. Following last week's season finale of "The Kardashians," which centered around Khloe learning Tristan Thompson fathered a child with another woman while they were still together in 2021, a fan site user claimed she was dating "another NBA player." The reality star weighed in to say she was "definitely not … seeing a soul," opting to focus on herself and True, the 4-year-old daughter she shares with Tristan. On Monday, however, People reported Khloe is actually "in the early stages" of a relationship "with a private equity investor" she recently met through her sister, Kim Kardashian. The outlet's source also noted Khloe rarely speaks to Tristan outside of conversations related to co-parenting True.

Jennifer Lopez shared multiple loving messages for her fiance, Ben Affleck, and her dad, David Lopez, on Father's Day over the weekend. "I have had a front row seat to watching how you father for over a year now and I have never seen more consistent, loving and selfless father," she told Ben in this week's edition of her "On the JLo" newsletter. "And its not just to your own kids but also without obligation to mine as well," she continued. "You show up and put them first always. You are affectionate and engaged in every moment they are with you and it's honestly one of the most beautiful things I have ever seen." She closed her tribute with: "Thank you for all you do for all of us. We appreciate and love you beyond measure." Ben, 49, shares three kids with his ex, Jennifer Garner, while J.Lo, 52, shares twins Emme and Max with ex, Marc Anthony. And as the singer said in a Father's Day post honoring Ben as "the most caring, loving, affectionate, consistent and selfless Daddy ever," she loves "being able to build a family with someone" she loves "deeply" who is "just as dedicated to family" as she is. In a separate post about her own father, she dubbed him "the best daddy ever," then praised him in her newsletter "for being gentle with me, for being kind and always supportive of my dreams and my ideas." She went on to tell her dad: "Thank you for not making me feel weird or alienated, but seen and sympathized with and understood when the 'fame game' came to town. You have shown me the most important thing in life any parent could show anyone: to be a good person. You did it by your own example. I love you Daddy…" Jen and Marc Anthony are reportedly still on good terms, despite her lack of a "great dad" shout-out for her ex.

According to Selena Gomez, her "Only Murders in the Building" character was not originally a woman who's much younger than her fellow true crime-obsessed neighbors. So when the 28-year-old pop star was cast alongside Steve Martin, 76, and Martin Short, 72, the show's elder statesmen had their proverbial fingers crossed about their new millennial colleague. Recalling the origins of the hit Hulu show, whose second season premieres June 28, Selena told The Hollywood Reporter's "Awards Chatter" podcast the idea "of having a female but not only a female, someone completely generations off" as the third lead came from some of the producers. "Steve said he loved the idea and thought it was really fun," she said. Once Selena snagged the role, "the next part was them hoping I wasn't going to be annoying," she continued. "That's honestly the truth. They didn't know. … They tell people all the time, 'I guess we didn't really know what to expect, someone coming in who's younger.' But I couldn't have been luckier because they called me. I talked to everyone for a while and I just told them all my fascination behind true crime." She added that at this point, "I can't picture the show with three men."

One year after Bob Odenkirk collapsed on the set of "Better Call Saul" with a heart attack, he says he's feeling "good," if a bit emotional about the upcoming season finale. Speaking to Page Six at a "Better Call Saul" screening at the Tribeca Film Festival over the weekend, Bob, 59, said, "I got two stents, a tiny part of my heart is made of metal, and I feel good." The actor underwent surgery after a defibrillator failed to revive him following his heart attack in late July 2021. Even a year later, he added he still has no memory of the incident. "It was scary to [my co-star Rhea Seehorn] and Patrick Fabian, who was standing right there when it happened, and everybody else, the whole crew who came around," he shared. "They were utterly freaked out, but I can't recall anything." As for the final six episodes of "Better Call Saul," which hit AMC on July 11, and the season finale, due to air Aug. 15, Bob said filming the last episode "was emotional" and he and his colleagues "cried," but it doesn't really feel over yet to him. "The show has been such a snowball of ongoing effort and big effort, and I've done this character for 12 years, so in a weird way, as big as that last scene was, I won't really start to say a big goodbye to this show until I watch the final episode," Bob explained. "I think I need to see that story come to a place and then I'll feel what you guys feel, what the fans feel. This is a story, it had this long to run and it's over, but so far, I still don't feel that way." 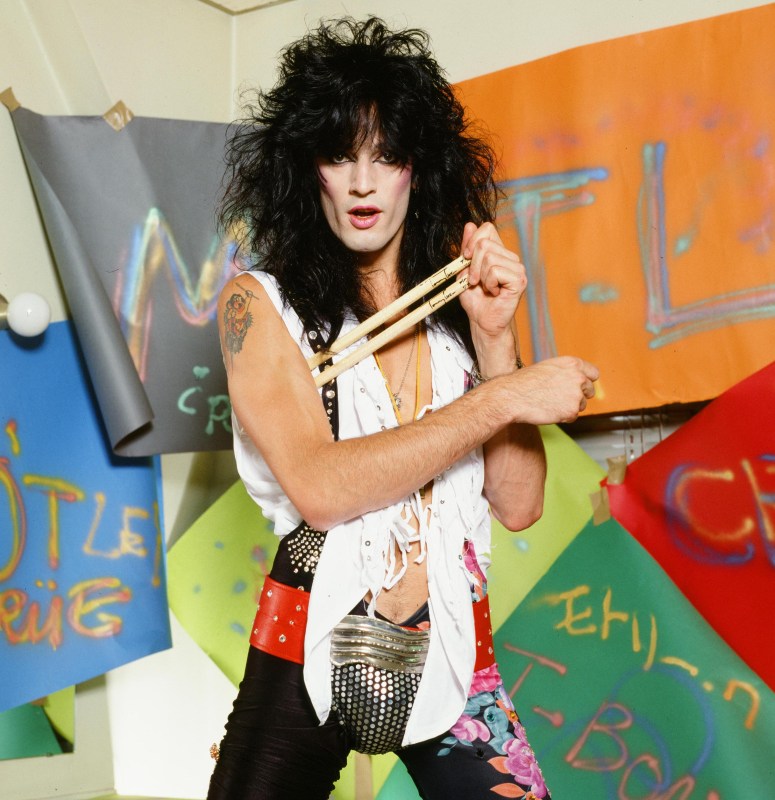 Up Next Fashion Flashback