In her first major interview since racism allegations derailed her 11-year tenure on "The Talk," Sharon Osbourne said she feels betrayed by her co-hosts, "used" by CBS and doubts she'll ever speak to her former costar, Sheryl Underwood, again. She also says she's undergone months of ketamine therapy after getting death threats. "It was a freedom of speech matter. It was pure freedom of speech," Sharon said in a DailyMailTV interview published on Sept. 13. "A journalist friend of mine who wrote something that people didn't like and then a few crazies out there, some thugs go, 'you must be racist, that's why you're saying it,' about my friend Piers. It's like, come on." She was, of course, referring to an on-air incident in March that unfolded after Sharon defended Piers Morgan's criticism of Duchess Meghan regarding her claims of mental health struggles and racism within the royal family, which Piers suggested she'd invented. A heated exchange between Sharon and Sheryl about racism followed and Sheryl was left in tears. Sharon apologized, but remains convinced an exec on "The Talk" arranged the whole thing for ratings purposes. "To leave me for 20 minutes on live TV … on live TV … unprepared, not produced, not knowing what's going on … Wait, where's their apology to me? They could have cut at any time and gone to a commercial break, and why didn't they cut?" Sharon asked the Mail. "They didn't cut because they liked the controversy and they liked that everybody would be talking about this because they needed something for the show that was going into the toilet. So they thought, well, she's got the biggest following. Let's go for her," she continued. "I felt totally betrayed, not protected by CBS. I felt used. I felt like an old shoe," she said. "They didn't care. It was a set up and it was set up by one of the executives." Sharon ended up leaving the show four days after the March 10 episode, which was reviewed by the network. She now says she feels betrayed by her former former costars, citing a verbal agreement they allegedly all made prior to the incident to protect one another on the air. Reps for CBS replied to the Mail's request for comment by reiterating their initial statement on the matter, which said their review found, "Sharon's behavior toward her co-hosts during the March 10 episode did not align with our values for a respectful workplace." They added, "We also did not find any evidence that CBS executives orchestrated the discussion or blindsided any of the hosts."

After nearly five years of dating, Britney Spears and Sam Asghari announced their engagement over the weekend. And while lots of fans congratulated the couple on social media, many also expressed concern about Britney's multi-million dollar estate — including Oscar winner, Octavia Spencer, who urged the singer to protect her finances with a pre-marital financial agreement. According to People, however, Octavia and others have no reason to worry. One source tells the outlet Britney and her father, Jamie Spears — who's still her estate conservator despite his recent filing to end the arrangement — are "already working on a prenup," noting that the singer "understands that this is necessary." A second insider says Jamie's in the process of "finding a lawyer to do the prenup," adding that it "has to be a divorce lawyer" who draws up the document. Sam, for his part, seemed pretty low-key in his response to comments about a prenup. "My phone exploded today! Thank you for the overwhelming love and congratulations! We both love every single one of you!" he posted on his Instagram Story on Sept. 13. "Thank you for your concern about the prenup!" Of course we're getting iron clad prenup to protect my Jeep and shoe collection in case she dumps me one day," he joked.

Kanye West is taking another step away from his estranged wife, Kim Kardashian West. On Sept. 13, six months after Kim filed for divorce from the rapper, Page Six reported he's now unfollowed Kim on Instagram. He reportedly unfollowed her and her sisters on Twitter back in June, but continued their ties on IG, possibly because of the four kids they share. Kim, meanwhile, has continued to support her ex and his career, even performing in a wedding gown at 'Ye's final listening party for "Donda," the autobiographical new studio album on which he deals with the end of his marriage and seems to confess he was unfaithful. "Here I go actin' too rich / Here I go with a new chick / And I know what the truth is / Still playin' after two kids," he raps on the track, "Hurricane." According to a Page Six source, the song represents Kanye's "testimony of everything he did wrong and taking accountability for their marriage breakdown."

Jennifer Aniston still sounds bewildered by rumors that she and her former "Friends" costar, David Schwimmer, are anything more than, well … friends. Chatter about the pair's status began after David admitted during the "Friends" reunion special earlier this year that he and Jen had major crushes on one another when they were filming their long-running hit show. "That was bizarre," Jen told ET this week. "I could not believe that, actually. Like, really? That's my brother," she marveled. "But I understand it, though. It just shows you how hopeful people are for fantasies, for dreams to come true." On the reunion special, David recalled how he was quietly pining for Jen while playing Ross Gellar to her Rachel Green. The feelings, Jen said at the time, were "reciprocated." According to David, the timing was never right for any kind of romance to blossom. Reps for both stars quickly shut down rumors that the two had reconnected after the reunion and started seeing each other.

Jeff Bridges shared some happy news with fans on Sept. 13 — his lymphoma is in remission. "My cancer is in remission — the "9 X 12″ mass has shrunk down to the size of a marble … my covid is in the rear view mirror," he wrote in a newsletter update on his website. The actor went on to say that he had a rough experience when he contracted COVID-19 while getting chemotherapy treatments, but he's now "double vaccinated & feeling much better." Jeff added, "I heard that the vaccine can help folks with Long Haulers," saying that could be the reason for his "quick improvement." The 71-year-old star, also praised his therapist and doctors for helping him get to where he can walk without oxygen assistance in time for his daughter, Hayley's wedding. "Thanks to Zack and my terrific medical team, I was able to not only walk Hay down the aisle, but do the father/Bride dance with her WITHOUT OXYGEN," he shared, adding a drawing of his daughter's wedding dance. Finally, Jeff said he was "excited to get back to work on The Old Man," his FX / Hulu series, which has been on hiatus due to both the coronavirus pandemic and Jeff's cancer diagnosis.

Rihanna just unveiled the trailer for her third installment of the Savage x Fenty Show, and like its predecessors, Vol. 3 features a laundry list of A-listers from the worlds of fashion and music. Performers in the new Amazon Prime Video lingerie showcase include Nas, Daddy Yankee, BIA, Jazmine Sullivan, Ricky Martin, Normani and Jade Novah, while everyone from Gigi Hadid, Irina Shayk, Adriana Lima and Alek Wek to Erykah Badu, Vanessa Hudgens, Precious Lee and Olympic skateboarder Nyjah Huston appear as models in the dance performance-heavy video, which casts a wide net when it comes to body size and type. "We want to make people look good and feel good," Rihanna said previously in a statement about her Savage x Fenty brand's focus on representation. "We want you to feel sexy and have fun doing it." Per WWD, the latest collection is all about, "strong lines that trace contours of the body and unconventional silhouettes that push the boundaries of individuality to bring out the baddie in everybody." Savage x Fenty, Vol. 3 starts streaming on Amazon Sept. 24.

One year after a fire destroyed Rachael Ray's home in Lake Luzerne, New York, the celeb chef showed fans the rebuilt "shell" of the house on the premiere of her eponymous show's 16th season this week. "This is our house. It is really exciting to have a house rebuilt in a little over a year," she told viewers as she opened the doors to what was "just the hole in the ground" after the fire (via People). She said the "fresh shell" of the structure was created to be "as close to the original as" possible. "The reason the house looks old even when it's new, or new again, is because all of this is fallen wood. It's reclaimed fallen barns and beam work which gave the house the warmth it had," she explained, pointing out some of the changes she and John made as well. Though she and her family felt they "lost most of our adult lives," Rachael, 53, added that she was "grateful" to have such a close version of the original in just a year. She also shared her gratitude for the firefighters who kept her and her husband safe. "Everybody in life in the last couple of years has had to move on and pivot and rethink and reorganize their lives—and that's what we're trying to do," Rachael mused. "I am super grateful that we had the firefighters that saved our lives. And we ultimately became very grateful to have everyone share our lives with us through this tough time, because we were all going through the same tough time together."

Controversy and a healthy sense of humor put Lil Nas X in the pole position at MTV's 2021 Video Music Awards in New York City on Sept. 12, where the rapper took home the night's top prize — the video of the year award — for "Montero (Call Me By My Name)." Other big winners over the course of the evening included Olivia Rodrigo — who snagged a song of the year award for "Drivers License," along with wins in the best push performance and best new artist categories — and Justin Bieber, who was honored as MTV's artist of the year. Beyoncé's "Brown Skin Girl" video won big, too, clinching the moonman best cinematography. The win meant Bey's 9-year-old daughter notched another music industry "first" with the hit, for which she shares a writing credit with her famous mom. Blue's now the MTV VMAs' youngest winner in history. Earlier this year, her work on the song led to her first Grammy Award, as well. 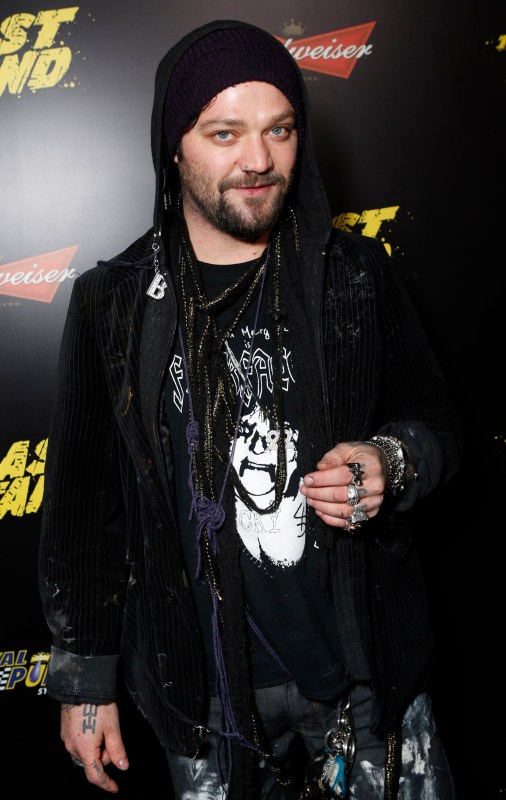