Kourtney Kardashian swiftly shut down a pregnancy rumor that's been floating around social media this week when an Instagram user responded to a selfie the mother of three took that showed off her abs. "Say hi to my closet," she captioned the flirty shot on Aug. 12. According to TMZ and other outlets. the pic was met with this comment: "SHES PREGNANT," despite the fact there's no indication in the photo that Kourtney's flat tummy contains a baby. "I'm a woman with a BODY," she sniped in response. The exchange appears to have been taken down, but commenters chattering about it over the course of the next day. "imagine looking this f—— amazing and someone asking if you were pregnant," griped one user. Kourtney already shares two sons and a daughter with her ex, Scott Disick. While things have been moving quickly for the Poosh founder and her boyfriend, Travis Barker— who shares a son and a daughter with his ex-wife, Shanna Moakler — multiple rounds of rumors the two are engaged have fizzled in recent months, although Travis' daughter, Alabama, recently referred to Kourtney as her "stepmom" on Instagram.

Keep reading to see what Jennifer Lopez and Ben Affleck have been up to, plus more celeb news…

Lovebirds Ben Affleck and Jennifer Lopez were spotted leaving Craig's in Los Angeles on Aug. 12, with Jen's 13-year-old daughter, Emme, who's been getting to know her mom's on-again boyfriend over the course of multiple outings this summer. While Emme's twin brother, Max, doesn't appear to have joined Jen the group for dinner at Craig's, both sibs spent some time hanging out with Ben and his three kids back in July, according to TMZ. It was reportedly a full day of together-time for J.Lo and Ben — the Oscar winner also spent more than four hours on the set of the project the singer and "Hustlers" star's been filming in L.A. According to TMZ, Ben was wearing an earpiece, presumably so he could hear Jen, but it's not clear if he was actually involved from a production standpoint. The two have been mostly inseparable since they rekindled their early-aughts romance following Jen's split from Alex Rodriguez.

Paris Hilton was among the #FreeBritney proponents who celebrated this week's big conservatorship news on social media. As multiple outlets reported Britney Spears' father, Jamie Spears, has consented to step down as her estate conservator, ending the controversial control he's had over the 39-year-old's life for 13 years, Paris hopped on Twitter with a message of support for her friend. "I'm so happy to hear this news," Paris tweeted alongside a link to the coverage. "It's been so long overdue but I'm so glad that Britney is on her way to finally being free. Sending so much love! #FreeBritney." Ryan Reynolds posted about the singer as well, sharing a promo poster for his new flick, "Free Guy," on his Instagram Story on Aug. 12 that had the words edited to read, "Free Gal" and the image tweaked to look like Ryan's holding a flag with Brit's face on it instead of a to-go coffee (per ET). In Jamie's court filing, he stated he'll with the new estate conservator to "ensure an orderly transition." He has not indicated when that might happen, however, and he maintains in the court docs that he's done nothing that's harmed Britney in his current role.

Channing Tatum is helping the world kick off its collective weekend on an up note. The actor and bestselling kids' book author, 41, just finished shooting his upcoming film, "The Lost City of D," a rom-com that co-stars Sandra Bullock and is due out next year. In honor of the end of the shoot, Channing graced his Instagram followers with a black and white shirtless selfie that appears to have been shot during a haircut moment in the hair and makeup trailer on set. "And just like that… our 1st Charlie yells 'and that's a wrap'… and i feel myself coming back and the hair starts coming off," he captioned the Aug. 13 post on Instagram. "And now time… time for all the things. Mine time," the "Magic Mike" star continued. "Getting back to me before the next creative adventure into someone and somewhere else . I'm so happy and easy right now. Breathing and gonna indulge in this life I've been blessed with. Be easy." In the film, Channing plays a male model who gets involved with a romance novelist (Sandra) after a kidnapping attempt, according to People. It's due out April 15, 2022.

Two years after she snagged three Grammy Awards for her album, "Cuz I Love You," Lizzo's back with a new single, "Rumors," and a racy video featuring Cardi B. "Cardi B is the ultimate," the "Truth Hurts" singer gushed during a recent interview with Apple Music's Zane Lowe, who asked what Lizzo loves about the rapper. "She, to me, has always done it right," Lizzo continued. "Everything that she said, every way that she's reacted because you know why? It's because she was true to herself the whole time. She's a groundbreaker." Cardi's a serious record-breaker, too, when it comes to streams and sales, thanks to both the success of her first studio album, "Invasion of Privacy," and her viral Megan Thee Stallion collaboration and video for "WAP." "You can't deny her ability. She's a superstar," Lizzo continued. "She has changed the game forever for a lot of us, a lot of women. I don't even think she realizes she's doing it because it's just like, 'I'm trying to just be successful. I'm trying to get this money. I want to live a happy life.' She just follows her heart. That's what I love about her." Cardi's said she's now working on a follow-up to her debut album after multiple coronavirus pandemic delays.

Over the years, Taylor Swift's homes in New York City, Rhode Island and Los Angeles have all been targeted by trespassers (and/or would-be stalkers) — and she had one more uninvited visitor show up at her building in the Big Apple this week … on Friday the 13th, no less. TMZ reports police picked up a 28-year-old man from Nebraska named Patrick Nissen in the vestibule of the building where Taylor keeps an apartment in the Tribeca neighborhood. The singer wasn't home when the man entered the building through an unlocked door, authorities later told the outlet. He was reportedly charged with second-degree criminal trespassing and is said to have confessed he's "in love" with the singer.

Beyoncé and her mom, Tina Knowles-Lawson, are mourning the COVID-19 induced death of the singer's former trainer, Craig Adams, who also worked as a bodyguard for Destiny's Child. "This amazing human being Craig Adams from Houston passed away last night from COVID. This horrible killer disease attacked his organs, his lungs first, made him have kidney failure and as hard as he fought he succumbed to the disease," Tina shared on social media on Aug. 12. "Craig was a fitness trainer and was healthy! This is only the latest of Many friends and family that were lost to COVID." Tina went on to praise Craig, whom she described as being like "family," as having been a "beautiful human being, kind, loving, and gentle." Coronavirus cases in the Knowles' family's hometown of Houston — one of multiple cities where Bey and Tina's BeyGOOD Foundation offered free tests for COVID-19 last year — are surging once again, with most of the newly reported cases coming from the delta variant and affecting the unvaccinated, according to Yahoo.

Two weeks after Disney publicly slammed Scarlett Johansson for filing a lawsuit against the studio over her "Black Widow" contract, Disney's CEO has spoken out again about how actors are compensated for films released via streaming as well as in theaters. During an earnings call this week, Bob Chapek assured participants the company has "figured out ways to fairly compensate" talent, even when films are released on Disney+ and in theaters. Scarlett's suit alleges Disney breached her contract by putting the film on its streaming platform, a decision that was reportedly made because of the pandemic. Scarlett points out, however, that her pay has been drastically reduced as a result. "Since Covid has begun, we've entered hundreds of talent arrangements with our talent and by and large, they've gone very very smoothly, so we expect that that would be the case going forward," Chapek said, according to CNBC. He added that the company is "trying to do the best thing for all our constituents and make sure that everybody whose in the value chain … feels like they're having their contractual commitments honored both from a distribution and a compensation standpoint." Finally, he noted, "… films that we're releasing right now were imagined under a completely different environment than unfortunately the fate has delivered us." he did not mention Scarlett by name during the call. "Black Widow" hit theaters in July — months after the rollout of COVID-19 vaccines had begun in the United States. 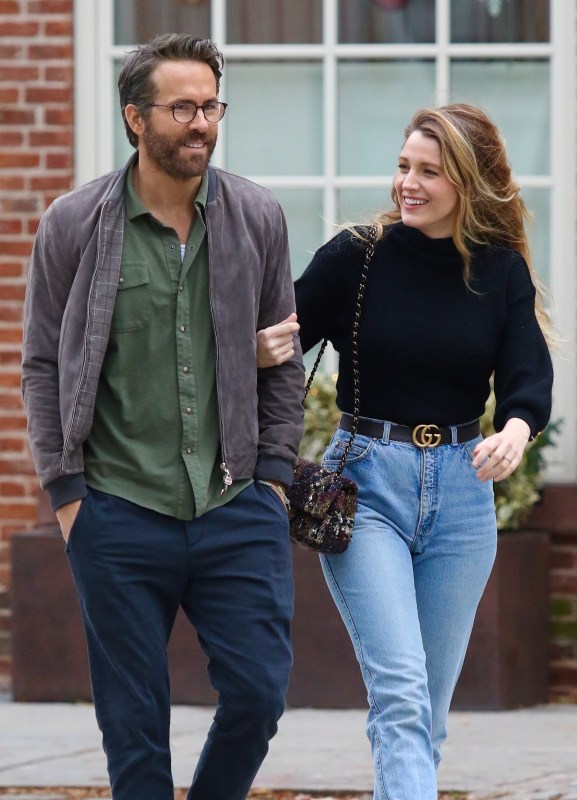