Bill O'Reilly threw some shade at John Legend's "Jesus Christ Superstar" production on Easter Sunday — but it didn't get past John's wife, Chrissy Teigen. "Watching JC Superstar on NBC," he tweeted. "Who knew Jesus of Nazareth ran a tattoo parlor? Geez." The reference was an allusion to the tats some of the actors in the show had, according to the Daily Mail. When Chrissy noticed the former Fox News host's tweet, she clapped back with a reference of her own, quipping, "Yes the shop specializes in coverups that aren't 32 million dollars." O'Reilly was fired from the network last year after the New York Times revealed O'Reilly and Fox faced six sexual harassment lawsuits over the years related to the political pundit's alleged sexual misconduct. The most recent Times revelation indicated O'Reilly paid former Fox news analyst Lis Wiehl $32 million to settle a suit she brought in which she claimed he forced her into "a non-consensual sexual relationship" and sent her explicit material including pornography. Chrissy wasn't the only Twitter user who found it odd O'Reilly had the nerve to dis someone for having tattoos. As one commenter pointed out: "Bill O'Reilly was sued and had to pay millions for sexual harassment lawsuits. His opinion of anything related to Jesus is totally irrelevant."

Katie Holmes is speaking out to support her former TV parents, Mary-Margaret Humes and John Wesley Shipp after Entertainment Weekly's "Dawson's Creek" reunion edition left them out of the spread. "Mary Margaret and John were such a huge and important part of #dawsonscreek I am so grateful to have worked with them and experience their kindness 💕," Katie tweeted at the actors who played Gail and Mitch Leery on the series (via The Blast). "Thank you for taking such good care of us. I love you both. #dawsonscreekfamily," she added. Katie's post comes after Mary-Margaret and John expressed their disappointment at not having been invited to participate in the photo shoot. "Okay, so let me get this off my chest as the initial hurt has subsided just a bit…," Mary-Margaret wrote on Instagram last week. "I send an enormous amount of love and shout outs to the thousands of followers messages and ❤️'s that both @johnwesleyshippjr and I have read about being left out of @entertainmentweekly 's #dawsonscreek 'reunion' photos. This was their choice…not ours…it was done behind our backs and we both were literally blindsided by it when we woke up yesterday in NYC and LA…we both did a short telephone interview after the fact but were never told about the reunion. For months I have been posting #behindthescenes photos to share my experiences of six years on this show…we were a #family & I know how much the photos mean to you from all the love you send me in comments…Yes, I do read them. Having said that… I will continue to post because yes, I have so much more to share. For the portion of our family that did appear in these photos…congratulations…you look great and I love you…I only wish I had been given the opportunity to have said it to your faces. Such a shame 😔 #moretocome 💟☮️." In a post a day later, John shared a version of the main image that ran in EW, edited to make it look as if he and Mary-Margaret were included.

Tiffany Haddish has declared she's done talking about who bit Beyonce — luckily, the pop culture gods brought us a new mystery that needed solving over the weekend. It involves Lindsay Lohan. And Harvard. On Sunday, April 1 — which, for those of you who were too busy hunting for Easter eggs and eating Peeps, was also April Fool's Day — Lindsay posted a video from her adopted home of Dubai announcing she has a commencement speaker gig to look forward to. "So I got really exciting news today and it's a very important letter attached to it," she says in a clip on Instagram. "Harvard Law has asked me to speak at their graduation commencement ceremony and I'm really really honored and I couldn't be happier." (And we couldn't be more confused.) Lindsay goes on to say she feels "very honored and blessed because it comes from Harvard Law School" and "my work with Lawyer.com has finally paid off," before asking, "Who needs Hollywood when you have Harvard Law?" The Daily Mail points out that while the whole idea of LiLo being approached for such a task seems, uh, unlikely, to say the least, Lindsay has been working as a spokesperson for Lawyer.com and other actors, including Sarah Jessica Parker and Alec Baldwin, have given the commencement speeches at Harvard in the past. Lindsay also has some experience on the defendant side of the law. Alas, Jezebel did some digging and got a hold of a spokesperson for the school, who had this to say about Lindsay's announcement: "There is no factual basis for that claim."

After being forced to cancel her 2017 Coachella headlining slot due to doctor's orders related to her pregnancy, Beyonce is back on the 2018 bill — and she's been hard at work rehearsing for it in Los Angeles. Bey's reportedly booked a studio for her and her production team — plus seven security guards, all of whom are expected to help keep information about the rehearsals from getting out — for 11 hours a day, according to TMZ. Cardi B, meanwhile, is pregnant but still plans to perform. The two-weekend festival kicks off in Indio, California, April 13.

Maybe Willow Hart isn't ready for clippers just yet. Pink's husband, Carey Hart, apparently had his daughter try out her hair cutting skills on him last week. It didn't go so well — although, the menacing face she made when her dad snapped a photo of the results turned out to be priceless. "This," Carey captioned the shot on Instagram, "is what happens when you ask your daughter for a fade 😂."

Drake is concerned his fame could hurt his chances in court when he and his bodyguard face the music producer Detail next month. In new documents excerpted by The Blast, the rapper's lawyers seek approval to bar the use of social media posts and entertainment news items as evidence in the assault case Detail brought against Drake after an incident in 2014. In the lawsuit, Detail claims Drake's bodyguard "Chubbs" punched him in the face and broke his jaw when Detail arrived at Drake's house to discuss the possibility of collaborating on a project. Detail alleges he was operated on multiple times and incurred large medical bills as a result of the attack. Drake maintains the punch was an act of self-defense and has reportedly refused to pitch in on Detail's hospital expenses. "Due to the plethora of news stories available, and after observing Detail's inclination towards muddying the waters by introducing said news stories during the deposition of Chubbs, Drake is concerned Detail may try to introduce the same stories at trial," Drake's lawyers write in the motion. They go on to say the use of such information "would result only in confusing the jury and skewing their interpretations of the testimony and document presented at trial."

Kim Richards still has some untangling to do when it comes to "The Real Housewives." According to The Blast, Kim is currently facing two tax liens from the state of California. The liens are for back taxes from 2013 and 2014, when she was still a full-time cast member on the show. Combined, they total $118,758.01. Kim, who remains in recovery from alcoholism, recently completed more than 400 court mandated community service hours stemming from her 2015 arrest. She spent much of last fall working with wild horses at Skydog ranch.

Eymun Talasazan — a Los Angeles-based man identified in a Google search as a realtor who's represented comic book icon Stan Lee — is going after The Weeknd's nickname, Starboy. TMZ reports The Weeknd recently filed documents aimed at preventing Eymun from getting a green light on trademark applications that would give him the right to use "Starboy" on TV projects and comic books. News of the comic trademark application comes just 11 days after The Weeknd's announcement his likeness will be featured in a forthcoming Marvel comic book called "Starboy." According to the singer's lawyers, Eymun filed to trademark the phrases "Straight Outta Bombton" right around the time the N.W.A. movie came out and "Runnin' Through the 6" when Drake released his track of the same name.

On the heels of her Glamour interview, "Sex and the City" star-turned-New York gubernatorial candidate Cynthia Nixon is giving her first nationally televised, sit-down interview not to CNN or "Meet the Press," but to Wendy Williams. Variety reports Cynthia is slated to appear on the show on Wednesday, April 4. "We win by getting her in front of voters, because we actually want them to see the real Cynthia. And that's what we get with Wendy," explains a spokesperson for the star. "Her viewers are a large and crucial part of the electorate, and her show reaches all corners of the state." Wendy's show garners up to million viewers a day. Cynthia announced her plans to go up against governor Andrew Cuomo last month.

Eddie Redmayne was among the hundreds of mourners who said "goodbye" to Stephen Hawking at his private funeral service on Saturday, March 31 at St. Mary the Great church in Cambridge, England. The actor got to know the physicist and cosmologist when he played him in the biopic, "The Theory of Everything." During the service, Eddie gave a reading from Ecclesiastes, according to the New York Times. "We have lost a truly beautiful mind, an astonishing scientist and the funniest man I have ever had the pleasure to meet," Eddie told People after learning Stephen had died on March 14. "My love and thoughts are with his extraordinary family." 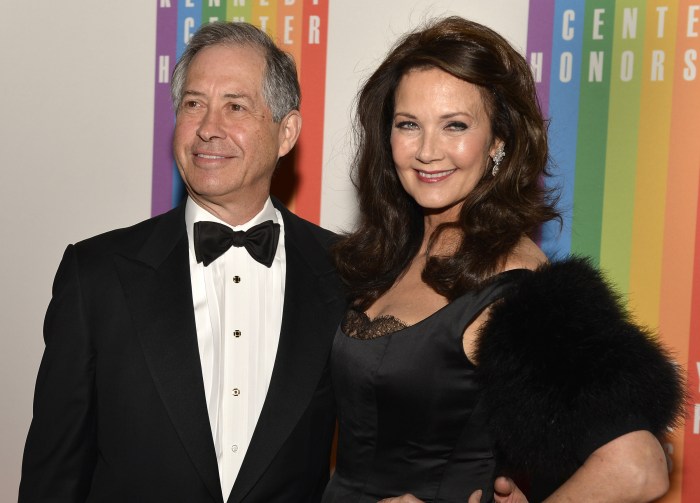