Chrissy Teigen is off the sauce. The cookbook author shared a video of herself in a leotard, rocking out with a giant smile on her face on Instagram this week. The silly post sparked a fan to joke in the comments, "I need whatever drugs you're on!" In response, Chrissy simply wrote, "4 weeks sober," adding some heart and praying hands emojis. It's not the first time Chrissy's told fans she's taking it easy with booze — back in 2017, she shared that she was "cutting back" on alcohol, having found she wasn't cutting herself off after one drink. This time, she didn't explain what inspired the cutback, although it's been a grueling end of the year for Chrissy and John Legend, who lost their unborn son about halfway into Chrissy's pregnancy following complications with the placenta. "Keep going beautiful! One day at a time," wrote fan in response to her sobriety news. "Chrissy, love seeing you out with the energy and positive vibes," wrote another. " You are so strong."

Taylor Swift's fans react to her removal from Nashville mural

It's arguably been Taylor Swift's biggest year in terms of professional achievements, but 2020 will end with one less accolade for the singer/songwriter — and her fans are furious. Over the holiday weekend, the famous mural on the outside of Legends Corner bar in Nashville, Tenn., had Taylor's image scrubbed from the picture, which features 14 country music stars including Willie Nelson, Johnny Cash, Dolly Parton, Loretta Lynn, Garth Brooks, Reba McIntyre, Keith Urban and Blake Shelton — and now, Brad Paisley, in Taylor's place. Taylor's fans were furious about the change and have been voicing their frustrations on Twitter since late last week. According to Billboard, a large number of complaints focused on the fact that there are now just three women on the wall out of 14 artists. They also pointed to Taylor's country-specific achievements and noted her contribution towards growing the audience for country music globally. Others took issue with Brad, specifically, especially given his widely criticized single, "Accidental Racist." "Nashville really took Taylor Swift who is the youngest person to ever win 'The Pinnacle Award' for her contribution in country music & popularized the genre overseas," wrote one angry fan, "… off of the Legends Corner Mural, and gave her spot to Brad Paisley who released a song like 'accidental racist' 😐." The artist, meanwhile, has started a GoFundMe campaign to raise money for a mural dedicated to Taylor in downtown Nashville. He also told USA Today that one of the three new country artists he'll add to the mural next month is a woman.

Less than a month after announcing their new podcast deal with Spotify, Prince Harry and Duchess Meghan made their debut on the audio platform on Tuesday, Dec. 29 — and they were joined by a special, unexpected guest. In addition to the famous friends they invited to reflect on lessons learned in 2020 — Elton John, Tyler Perry and Stacey Abrams all made appearances — the couple's 18-month-old son, Archie, hopped on the mic near the end of the episode. After some adorable prodding from his parents — "You can speak into it," Harry can be heard telling his son before Meghan asks Archie if using the mic is "fun" — the toddler tells listeners, "Happy New Year" … albeit with plenty of help from mom and dad and plenty of giggles. Meghan and Harry closed the episode with a song. "'This Little Light of Mine" played at the very end of our wedding … while we were walking down the steps of the church," Meghan shared. "It was the music that we wanted playing when we started our lives together. Because as we all know, 'darkness cannot drive out darkness, only light can do that…'" The couple's multi-year podcast series kicks off in earnest in 2021 with a focus on "inspirational stories."

Despite its mostly positive reviews from critics, "Soul," the new Pixar film starring Jamie Foxx as a middle school band teacher named Joe who unwittingly ends up on an adventure in which he's forced to find his lost soul, is facing backlash online. According to the New York Post, Twitter users have taken issue with Tina Fey's casting as 22, a jaded woman in need of remembering what makes being alive so special. Joe ends up helping show her the way, but not before the two team up — with 22's voice and being inside Joe's body — to fix some of what's going wrong for Joe. While some viewers have complained that Tina's casting alone was "racially insensitive," suggesting the part should have gone to a Black actress, others had larger problems with 22 and Joe's body takeover scenes. As one Twitter user put it: "The studio's first Black Protagonist needed the soul of a middle-aged white woman to get his life on track." "Soul" is currently streaming on Disney+.

It's a boy! Emma Roberts, 29, and Garrett Hedlund, 36, became first-time parents over the weekend when they welcomed a son on Sunday, Dec. 27, in Los Angeles. According to TMZ, the couple's little one, whom they named Rhodes, arrived weighing a healthy 9 pounds. Both Rhodes and his mom are reportedly doing just fine following his birth. Emma and Garrett were first linked romantically in 2019.

Like Billie Lourd and Mindy Kaling before her, it seems Constance Wu used the added privacy afforded by this year's coronavirus lockdowns to keep her pregnancy under wraps. This week, E! News reported the "Hustlers" star and her boyfriend, rocker Ryan Kattner, welcomed their first child together this past summer. "They are doing great, and they're so excited and happy," a source told the outlet. Constance, 38, has managed to dodge the spotlight since March and never went pubic with her pregnancy. According to E!, Constance's next film, "I Was a Simple Man," is slated to premiere at Sundance next month. Since the festival has adopted a mixed, virtual and live format, however, it wouldn't take much effort for the actress to promote the movie while maintaining the same degree of privacy regarding her baby news. Both Billie and Mindy announced in September that they'd given birth during the pandemic.

Dr. Drew Pinsky has joined the long list of celebrities, politicians and athletes who've tested positive for COVID-19. The TV doctor shared the news via his Instagram account on Tuesday, Dec. 29, which featured a post, seemingly written on his behalf, that read: "Cheers to the New Year with some Hydralyte for Covid-19. Drew tested positive day 4 and @firstladyoflove is negative #2020 #covid19 #youlive. Drew is home, under surveillance and fever is down. Thanks Dr. Zelenko, Dr. Yo and Dr. Jeff for the superior care and advice. Drew is feeling better and will hopefully get well soon." Drew, 62, was criticized in early March for referring to the coronavirus pandemic as being a "press-induced panic" (per People). He later apologized for the comments as the situation spiraled across the globe.

Rob Kardashian and Blac Chyna can finally move ahead with co-parenting their 4-year-old daughter Dream, free of legal concerns. The former couple reportedly settled on a custody agreement earlier this month after a long-running feud about care for their child. Going forward, the two will alternate custody from week to week, sharing holidays and vacation time equally, according to Page Six. They have also reportedly agreed to abstain from drugs and alcohol when Dream is under their respective care. "The number one priority for Rob has always been, and continues to be, Dream's wellbeing," a source tells ET, adding that, "Rob is an amazing father, he'd do anything for his little girl."

Back in 2016, Michael Sheen announced he was leaving Los Angeles for his native Wales, telling the BBC he wanted to focus more on activism there. The change of course eventually led to his split from then-girlfriend Sarah Silverman, but it also effectively inspired him to give up his most prestigious title. In a new video interview with a columnist for The Guardian, Michael, 51, revealed that in 2017, he handed back the OBE he was awarded in 2009 because he planned to take issue with the royal family's centuries-old custom of making its heir apparent a Prince of Wales in a high-profile lecture he was giving for the Wales-based Raymond Williams Society. "By the time I'd finished writing that lecture, I remember sitting there going: 'Well, I have a choice. I either don't give this lecture and hold on to my OBE or I give this lecture and I have to give my OBE back,'" Michael explained, noting that the title has been tied to Britain's "tortured" relationship with Wales since 1301. When the current Prince of Wales, Prince Charles, takes over the throne for Queen Elizabeth, Michael added, it would "an incredibly meaningful thing" for Charles to end the tradition. Michael also pointed out that he meant no "disrespect" to the royal family in giving the honor back and that he promised not to "publicize" the decision too much. 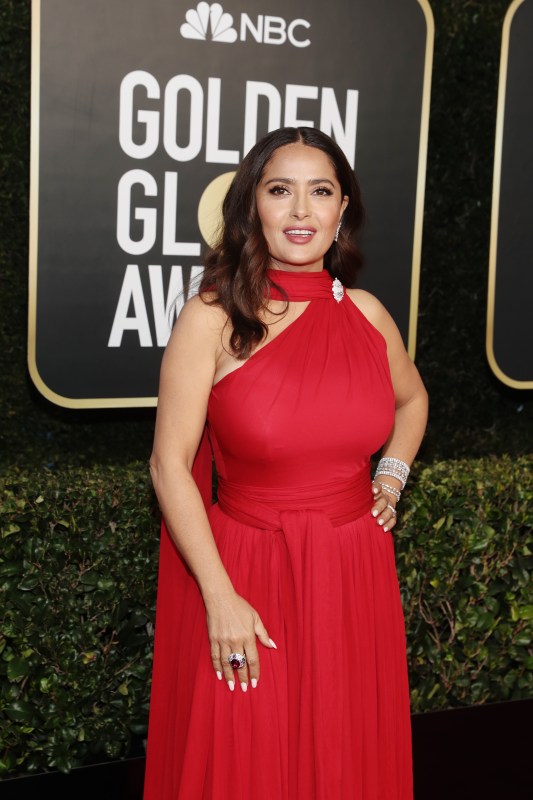